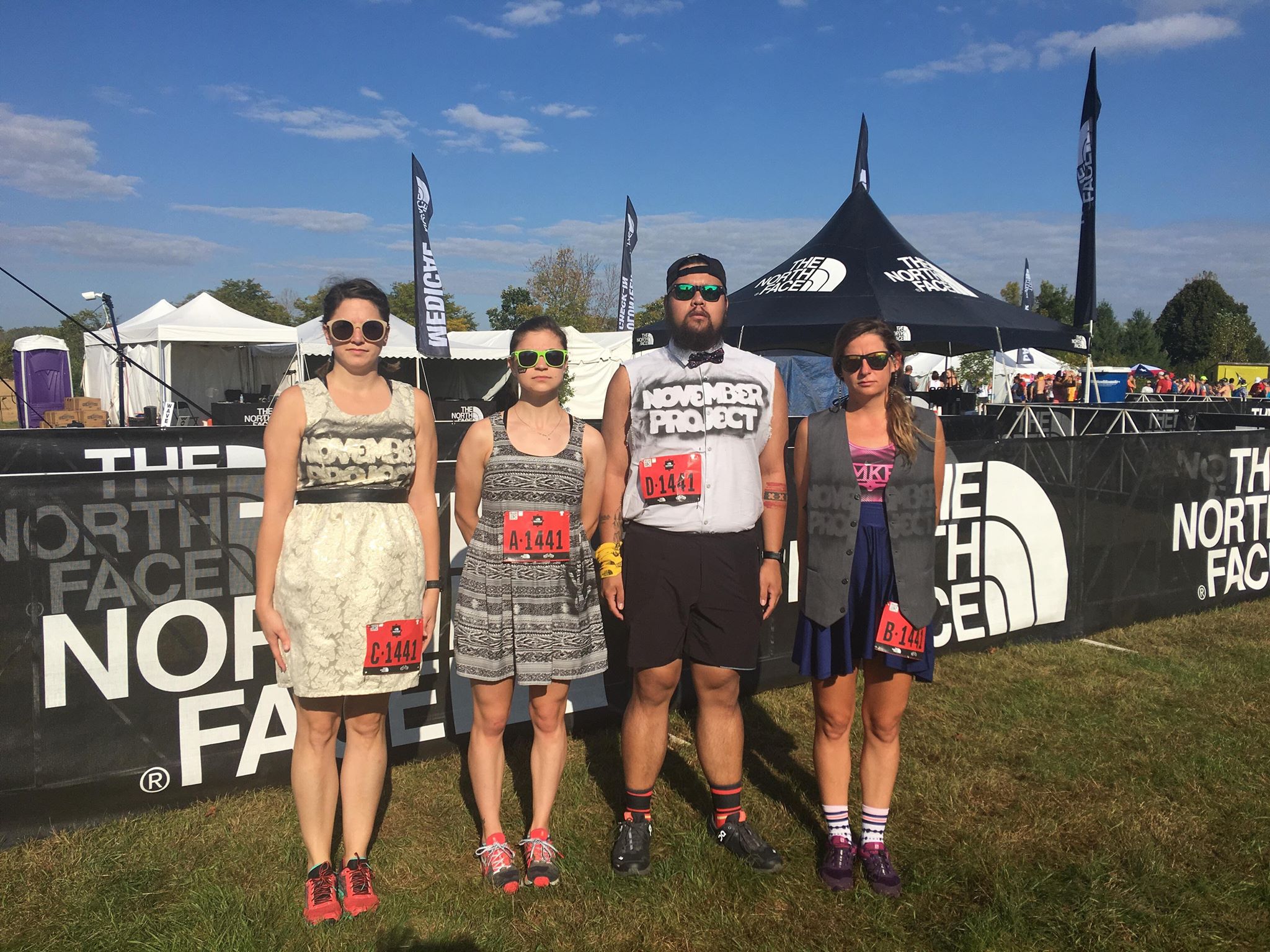 I took a trip, I wore a dress, I wrote a thing.

“Announcement: …Summit 6 is in Milwaukee!”

Where the eff is Milwaukee? I asked myself as I hesitated. I’ll admit it, my Canadian self did not know which state Milwaukee was in (SORRY). The furthest east I’d ever traveled in the United states was Las Vegas (and more times than I’d like to admit). It’s in Wisconsin.

I quickly Googled Wisconsin: cheese (shit, I’m vegan), beer (I like beer), Brewer’s baseball (I like sports), That 70’s Show (hello Wisconsin)… Summit…I knew I wanted to summit…but to Wisconsin?

I love my tribe in Vancouver and I’ve been NP-ing for over a year and a half. It’s my (as I’m sure it’s your) favourite part of the week. I once asked my dad what his favourite part of the week was. He replied with ‘having a cold beer on a Friday after work.’ I responded with…imagine if you could only do that once a week in select cities across north America and the world. He said…clearly I would only live in those cities. Wednesday morning at 6:30am is my favorite part of the week. If that one hour once a week is the best part of your week, imagine a whole weekend! Even if you weren’t entirely sure where it was.

Vancouver’s tribe is smaller but mighty. Last year Boston looked like a blast, but not many from our tribe seemed like they would make the trek this year. I had committed to myself that I would summit (now a verb) regardless of location, as long as one person I knew would be there (and who am I kidding, the odds of Mel or Rich being there was high). It all started with a conversation with Nikki (who is probably one of our most well known tribe members).

I could take the time off, so could he. So after verballing to my co-tribe member that I would go to summit, we booked our flights: Nikki’s with a detour through Chicago and mine via Minneapolis..also not 100% confident on which state it was in. I went with high expectations and minimal reservations. I’m an introverted extrovert and only two of our tribe were going. I’d be lying if I said I wasn’t nervous. The point of summit is  to go and meet other people from other tribes. So I did. We formed a multi-tribe relay team (aptly named ‘we thought this was a wedding’) with Kris from Seattle and our host Samara from Milwaukee. With the plan in action and my flights booked, I was going to Milwaukee.

I got up at 3:45am, dressed in my grassroots gear and caught my 6:30am flight. I flew to Minneapolis and…waited and waited, awkwardly trying to scope out other tribe members. Nothing.  I knew for sure there would be at least one other person at the airport in Milwaukee in a tagged shirt, if not my fellow tribe member. Just as they started boarding the flight, a tall, looming figure approached the gate. I squinted at him (because I never wear my glasses) and thought, ‘Hey I know that guy!’ I looked at him, he looked at me, it was none other than BG! We high-fived and hugged and immediately I knew this would be an awesome trip. We chatted, boarded the flight and both tried to recruit people on the plane. Thus beginning the whirlwind that is Summit: team bonding, beers, running, beers, bar, karaoke, slight hangover, riding bikes, Friday morning workout, running, coffee, beers, naps, vegan pizza, sand castles, new mugs, naps, beers, beisbol, beers, trail running (a 10km leg of a marathon relay in 30 degree heat) in a polyester dress, questioned my existence, questioned my sanity, got asked to prom, finished said trail race, beers, naps, vegan sausages, a final party and me offering everyone I met over the entire weekend the use of my futon if they came to Vancouver. I met people from DC, Edmonton, New York, Ottawa, Montreal, Chicago (yes I traverballed), Virginia Beach, Indy, Philly, Dallas, Seattle, Milwaukee, Madison, Buffalo, Rhode Island and the list goes on. I met so many new people and had the best of times. A huge, magical congregation of like minded individuals. It’s a movement not a cult (you obviously have to insert this word once if you’re writing about November Project) and one of the most positive movements I’ve ever heard of, let alone been a part of.

I know this was all over the map (just like November Project…Ha!) I guess the whole point of this ramble is that even if you don’t know where you’re going, don’t really know anyone who will be there, live a little. The journey is worth it and you’ll make tons of friends along the way (even if you don’t have a futon).