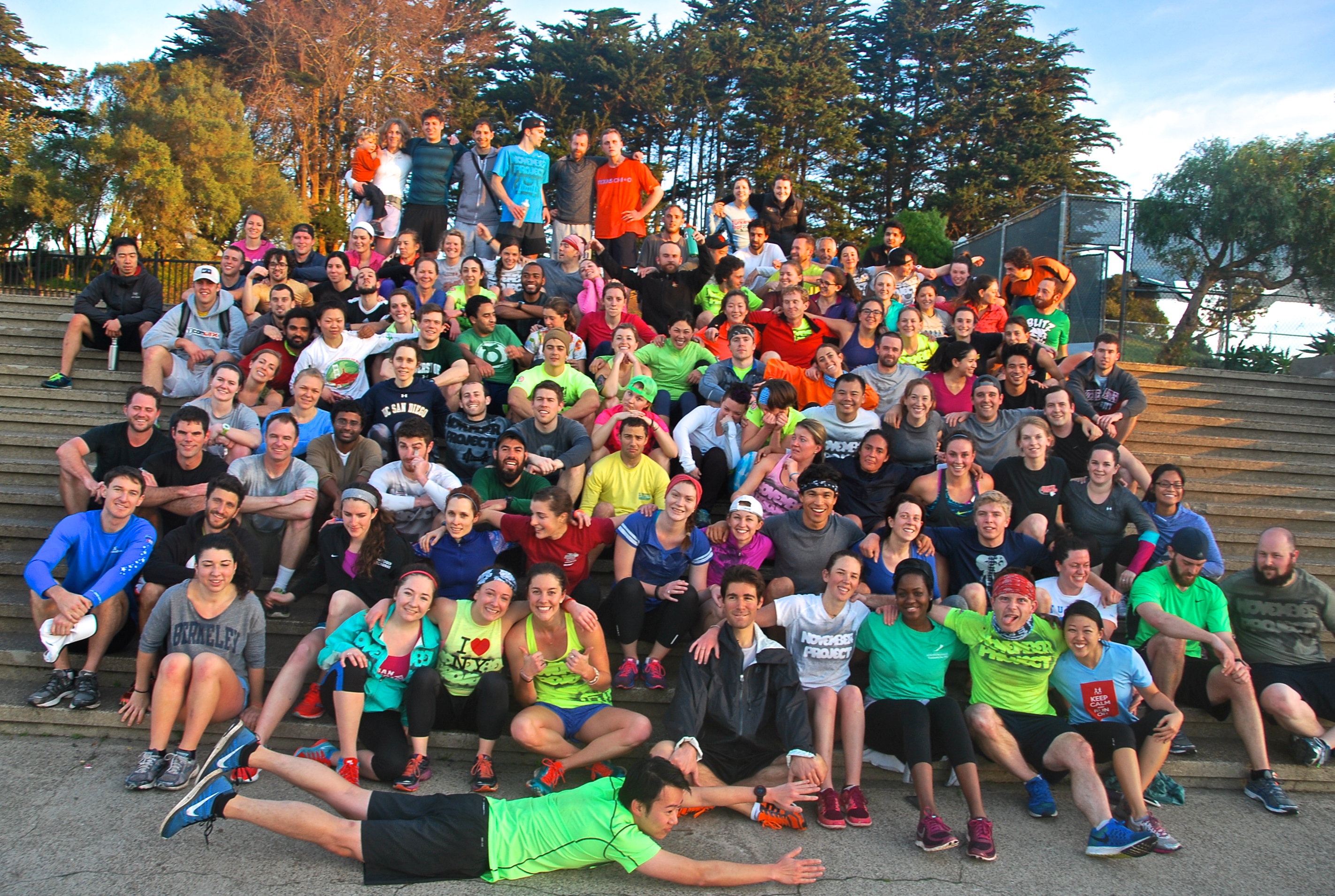 Ahhhhhhhhh… it feels good to lead the tribe again. Not that I wasn’t leading a small subset of the baddest asses in the business a couple times a week at 5:30am, but still, I don’t hate looking at 100+ of your faces at 6:30am as the sun rises over Twin Peaks. That said, I may have been a little rusty. After messing up the chalk on the landing and inadvertently creating a new exercise called “partner high-fives” (which presumably is just two people facing each other and vigorously high-fiving/giggling for some period of time), I feel like I’m back up to speed. Incidentally, how many years is science away from inventing a chalk eraser? I feel like Elon Musk must have a secret prototype for that shit in the works. Elon… dude, share the patents. NP needs that shit.

5:30am: #EARLYGANG got down with a stair crushing workout that involved a different exercise on each flight of stairs.

The twist was that you had to use the side steps to go up a flight instead of the middle steps. So between each exercise was a ~200m sprint with a flight of stairs. It was tough shit, but #EARLYGANG handled it like #EARLYGANG handles shit.

6:30am: Regular / late / later / afternoon gang gets down with a four-course helping of awesome. Four different color-coded routes with four exercises on each route; some paired, some solo.

A few people took this as an opportunity to find a Valentine’s Day date for this weekend, which means a few people just lost like $300 they will now have to spend on a ridiculously overpriced prix fixe meal from a mediocre restaurant. Seriously, EVERY restaurant in the world thinks it needs a prix fixe Valentine’s Day dinner where the food is exactly the same as any other night but the price tag is 3 times as expensive…

Ok I have to actually work now. I get in early now for a reason, right? Clayton out. PEACE!