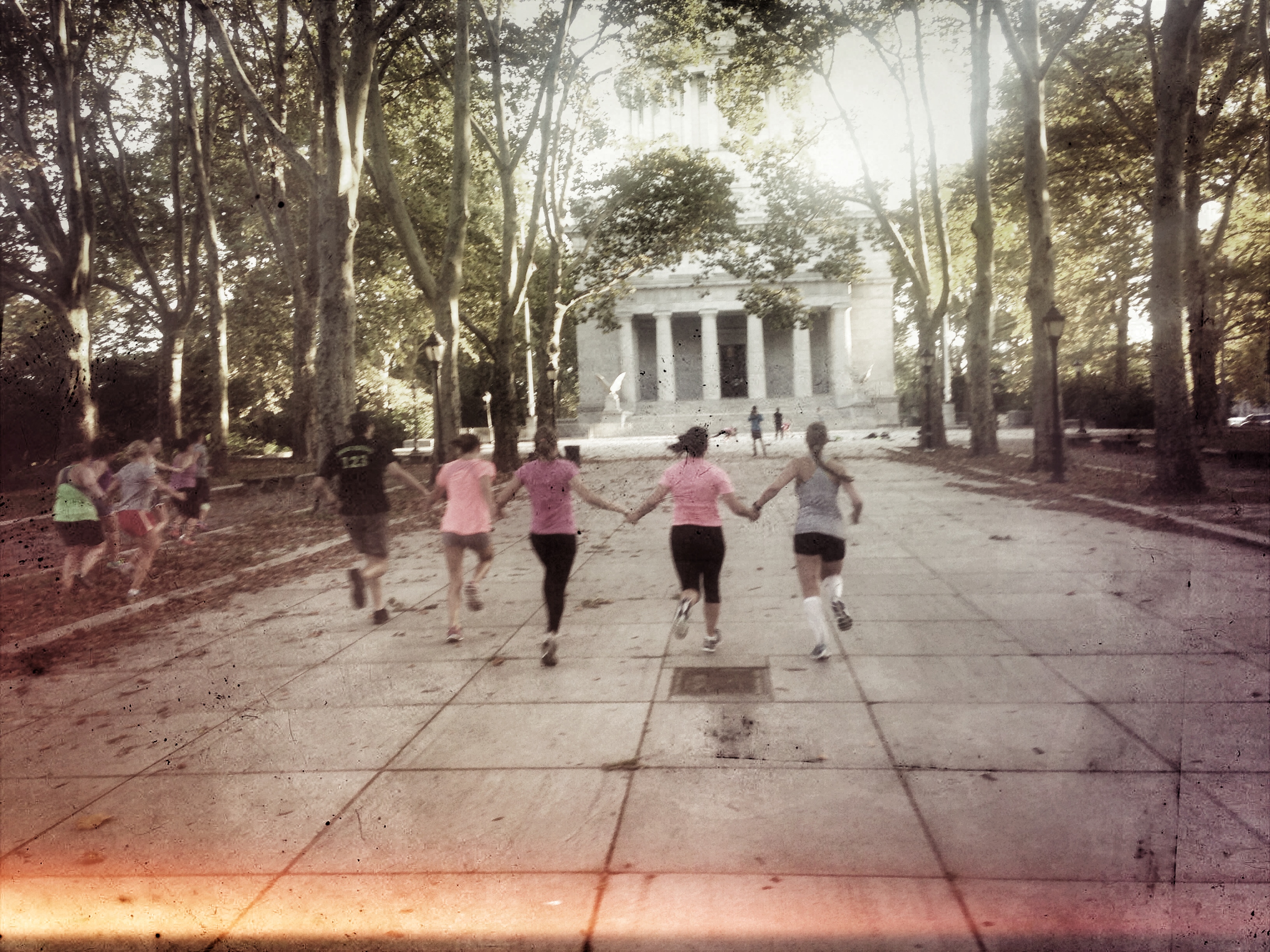 Multiple groups of 5-7 peeps were formed. Everyone started with 20 burpees before groups heading out hand in hand to the other side of the monument. Groups had to hold hands the entire time while slaloming huge cherry trees.  On the other side the groups crushed two sets of Indian Plank (see below). We did this for 20 grueling minutes. The Tribe is Strong! The Tribe is FIT!

We also said goodbye (for now, only 1 year) to Owen who is heading of to Alaska. Thank you for being you, Owen! We love you!  Single dudes, Jenny is officially off the market next Friday.  Sorry but she got herself a dude, but one that still hasn’t shown up yet– so maybe yall still have a chance.

Yes, Owen is somewhere in the middle getting loved.

Meet is at Gracie Mansion (Flagpole at 88th and East River) on Sunday @ 5:00 p.m. You must arrive with buddy/twin for the Noah’s Arc theme.