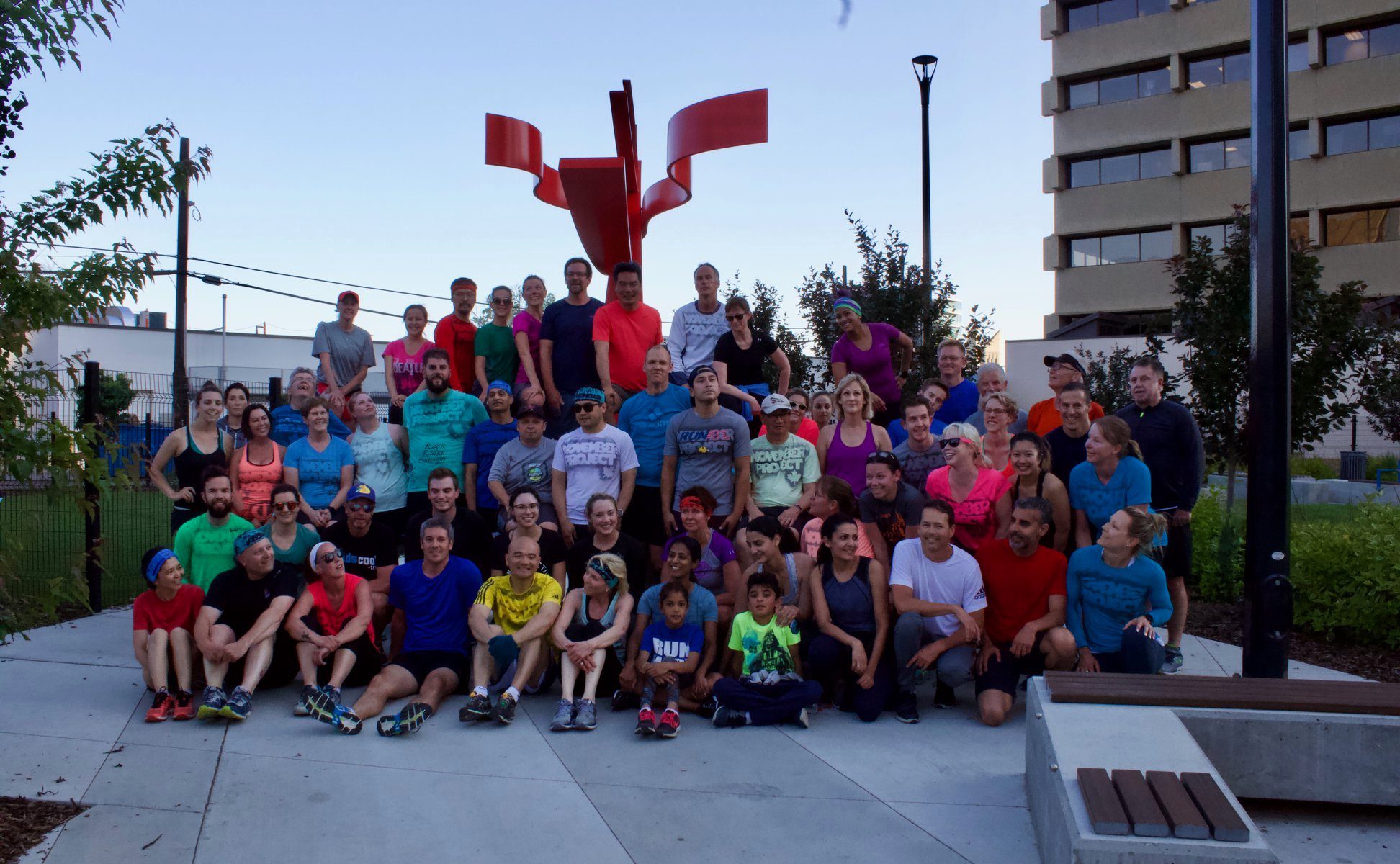 I think we can declare the nose boop Rob’s signature post-bounce move. My favourite part of the nose boop is the awkward pause that happens seconds after Rob invites the circle to start booping each other’s noses.

I often wonder what goes through your heads during that hesitation, here are some of my predictions…

And then, within a few seconds, boop! someone’s booped your nose. And now, everyone’s doing it. And you’re joining in too. And there are smiles, sounds of laughter, more chatter. And when we try to get your attention, it takes a little longer than when we first gathered. Nose booping…community building! Sly stuff Rob 😉

Thank you to the crew who showed up this morning – fun times were had in the downtown dog park! A reminder that our city has amazing little gems all over the place!

Save the Dates for June – August