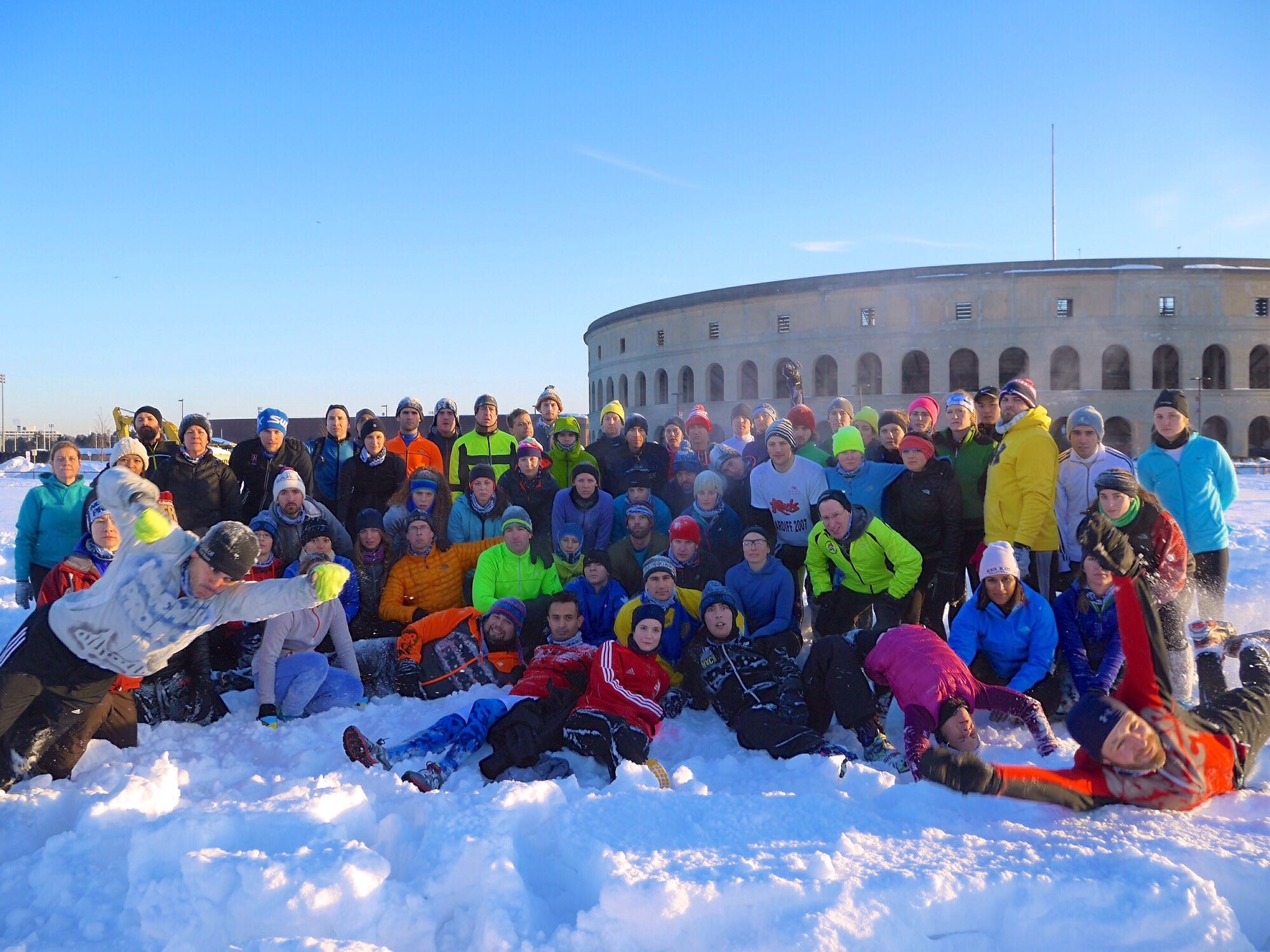 And we had snows of fun. Being out there for more than 2 hours with exposed ankles and snow accumulation inside my pants up to my knees, I knew I had to go home soon before the snow accumulated further up. But, I was sad when the fun ended and the hump work day started. Evan had 2 layers of wool socks covered with plastic bag and a shoe. So he had toasty toes and no snow accumulation in the pants, and was even sadder when the fun ended. No fingers or toes were lost in the making of today’s fun.

The tribe watched out for each other, pushed each other, raced each other, and cheered for each other. The tribe digged deep today, in snow. Everything sounds better when you add “in snow” at the end. It was great to be out there today watching the sunrise with so many people I love in snow. Were you there too? Make it official by saying: “I was there” in the tracking app.