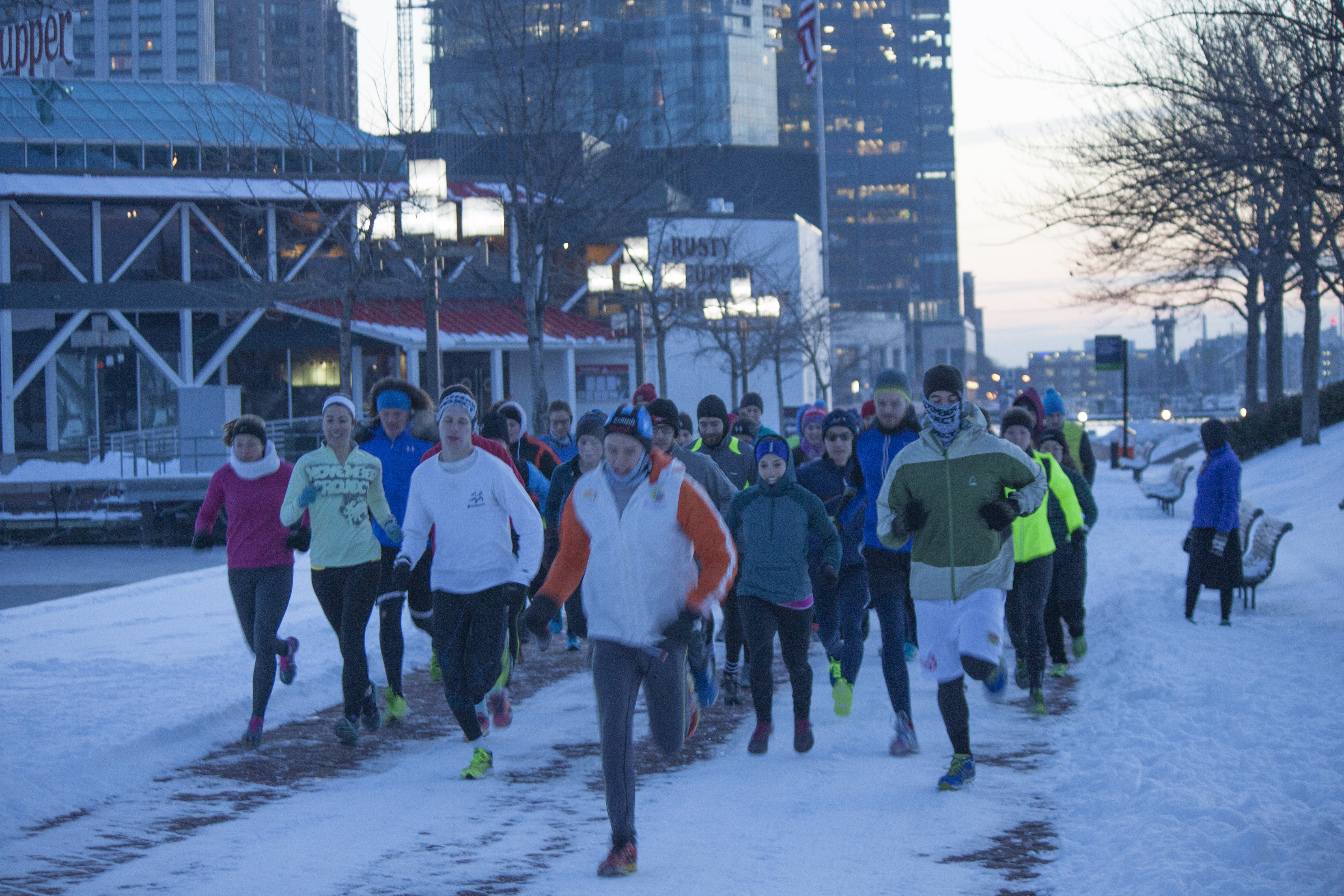 For the last year this has been one of our core mottos thanks to a man named Brogan Graham. The idea of race everything has been passed around the NP community as a way of instilling competition among the tribes. Yeah, sometimes you just want to take a lap with a close friend and not worry about the time. Sometimes stairs are just a way of getting to the top of something, a hill just an obstacle on your way home at 2am on a Sunday while trying to balance an order of Dominoes wings you didn’t really want.

However, there are other times ( and this is where we hope we’re doing our job right) that you and a friend see a stretch of pavement and decide…screw it, lets see who can get to the end first. We can all be workout buddies but that doesn’t mean we can’t push each other every day simply because THAT’S HOW YOU GET BETTER. Sometimes we owe it to each other to push the pace and today I saw that exemplified in a number of ways. Here is my list of why the #sunrise6k rocked really hard:

1. Alex: I don’t know Alex. Maybe I’ve seen him before but I’m not sure. What I do know is that he showed up at 5:30 am and pushed me for an entire 6k. No joke, this cat just kept running hard and forced me to keep up with him. Alex, wherever you are, thanks for being a champ. I hated your ass for almost that entire 24 minutes but as soon as we were done I couldn’t have been happier you showed up.

2.Andrea: Andrea took home the positivity award this morning for a number of reasons. Yeah, she set the record for the fastest female time with a scorching 24:50. But it was the way that she did it that impressed us. We all knew Andrea was fast, but she usually runs with that dashing hound Jasper so I don’t think it was until this morning that any of us knew just HOW fast she was. When she finished I said “Damn, Andrea, that was pretty unreal.” to which she responded ” Yeah, well I didn’t want anyone to beat me.” Shut the front door! Race day came around and Andrea did just that. We’ll keep her.

3. Ben: I think Ben was probably everyone’s favorite to win this thing. He’s fast as all get out but comes about it modestly. With a time of 21:10 (that’s like a 5:40 pace folks, on icy pavement) Ben could have probably walked the end of this thing and pranced away with it. But he didn’t, Ben sprinted the whole way and ended up dry heaving across the finish line. That’s why we race everything. I want to chase someone like Ben. Yeah, he’s going to beat me but at least I know he’s leaving it all out there.

4. Leah and Co.: I don’t need to say much about this. I’ll just say I was very proud of the tribe at this moment, the last moments of the race, when Leah rolled through the finish line with her whole damn posse. Race hard, run fast but when the race ends make sure every member knows that November Project is for them. Spread the love folks.

You get the idea. Race hard, run fast, push each other and when all is said and done, spread positivity wherever you go.

Take Big Bites Out of Life,

P.S: Thanks to Deirdre and Charm City Run for supporting us in the wee frigid hours of the morning. Post race fuel was greatly appreciated. Keep spreading the love.