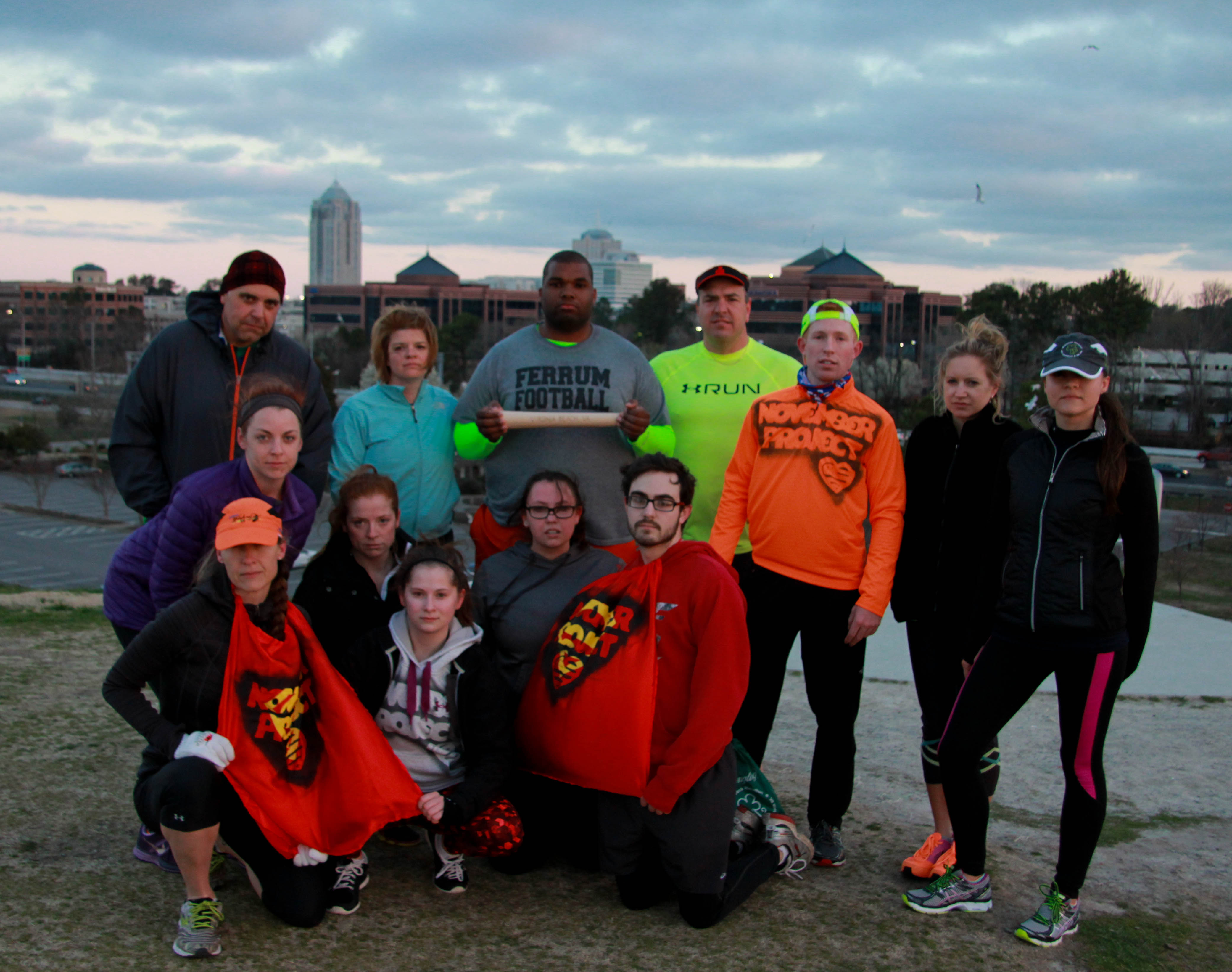 As the great Kate Upton once said “Will you be my hero?”

April Fools Day. The morning started out like every other Wednesday morning, slow, windy, cold (mostly because of the wind), and at Mount Trashmore Park with November Project. We bounced and jumped right into the infamous plank worm. The plank worm was short lived because Nicole’s muscular calves tripped Heidi by accident… <_<

Then we took to the Stairs and raced to the Top of Trashmore around the pole and back..

There was more. More Hugs. When you reached the top of the stairs you turned around and gave your best FLEX move to your closest compadre chasing you up the stairs. You guys looked so good CRUSHING those flex moves I almost thought you turned into ARNOLD CRUSHING IT. Then after you crushed your flex moves you hugged. Turned and raced. After the warm up we played a little dirty 30 on the back side of the hill.

Then we had our 1st ever Plank Off. Alex was the victor and it earned him one of the first #NP_Hero Capes.

Then we went all the way around the world before Nic earned the well deserved #positivityaward. Nic has been with us since Week 2 of our #NP_Pledge days. He is a boost of energy gives great hugs. He also ran the RnRDC Half, Shamrock 8k, & Shamrock Halk all in the month of March (All of which he was rocking his #grassrootsgear)

Have a good weekend & See you all next Wednesday.