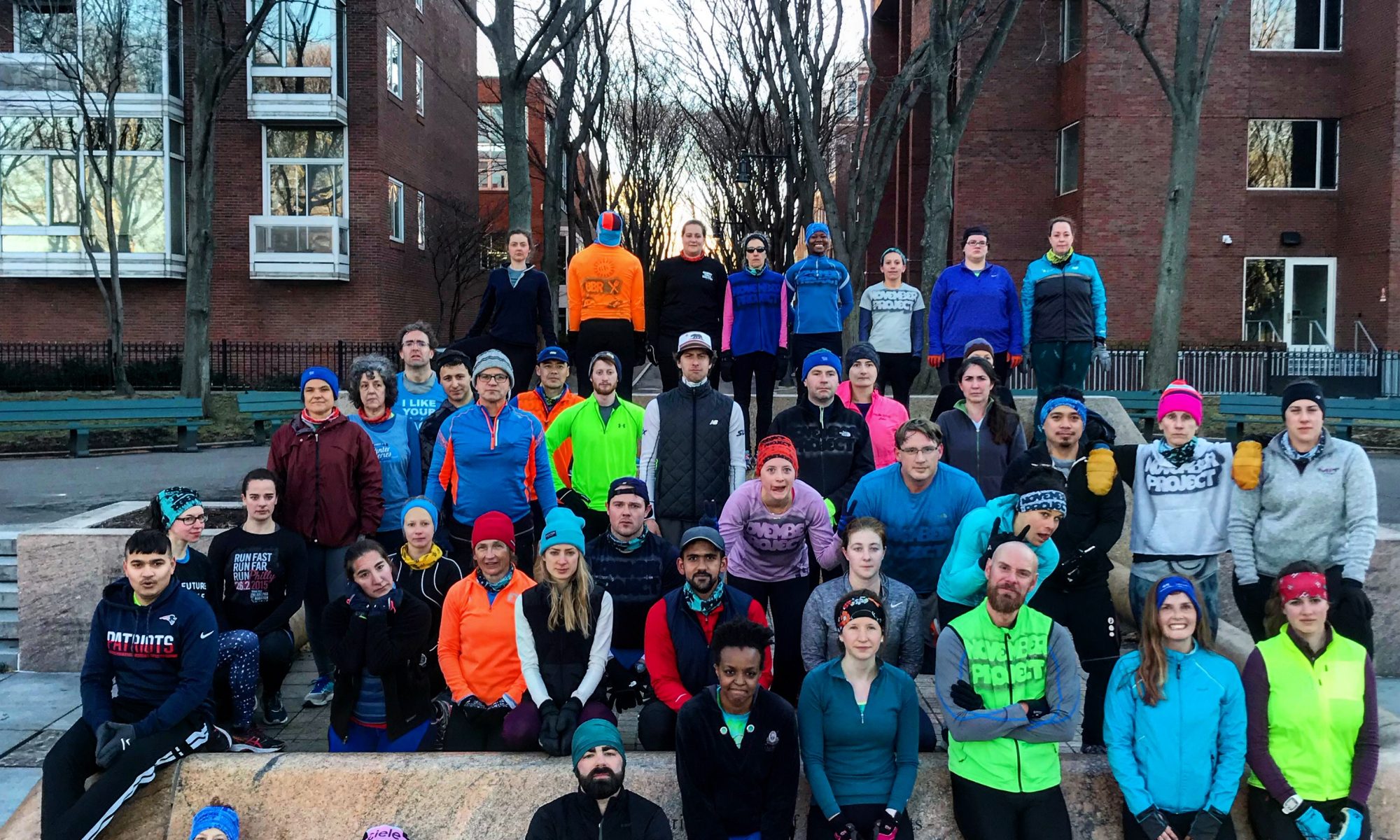 There’s no blog today because we cancelled the workout.

Remember a few years ago when we tried to play an April Fool’s Joke on NP Boston by saying that the town of Brookline shut us down from working out on Summit Ave and so we were just going to stay home?

It was an April Fool’s joke. Some people thought it was funny, others definitely did not, and we learned a good lesson. Don’t joke about showing up. Because we ALWAYS ALWAYS ALWAYS show up. Seriously, no matter what. So don’t ever be fooled into thinking there’s a reason we would choose to cancel our workouts. Literally, (and this is a little known fact) the only time a Mon, Wed, or Fri workout in Boston has ever been cancelled was a Friday in April of 2013, when the entire city of Boston was on lock down while the search for the Boston Marathon bombers was happening. But since November of 2011, this thing is ON.

Today’s workout was nothing to joke about though. We had teams of 4 who made up a 4-part handshake, which was the “tag” from team-member to team-member when switching stations. If anyone became exhausted from doing bench dips or double-step-ups or bicycles for what seemed like forever, they instantly forgot about it because they were having so much fun doing a random, silly, awesome handshake before moving onto the next exercise.

And this is exactly how fitness should be. It should be really hard, and also have some elements of fun–so much fun, or laughter, or weirdness, or whatever that it makes you really glad you’re doing the workout, even though it’s really hard.

On a day like today, will you remember that you also did three sets of all-out burpees for 1 min, 2 min, and 3 min?? Or will you more likely remember that handshake day and those 3 other people who kept you working hard, kept you sane, (or made you crazy because they went the wrong way around the circuit), and who you did that handshake with exactly 7.2 million times?

So don’ be fooled, we’re not the ordinary “run group.” We’re not a boot camp, a spin class, or a book club. But no matter what, NP is always always going to give you a smile, make you wonder what the hell you’re doing so early in some random park in the city, and make you so freaking glad you did it all, when you think about it later in the day.

THERE WILL BE GRASSROOTS GEAR TAGGING ON WEDNESDAY. We know it’s not the last Wednesday of the month, but we are tagging. So tell everyone! And bring your shirts to get fresh tags (only shirts that are not black–as we will be using black paint). Drop them off with the paint crew before the 5:30 or 6:30 am workouts and pick them up after your workout.

NEXT MONDAY DESTINATION DECK WORKOUT: Will be held at Lansdowne St next to Fenway Park. 6:29am on 4/8. JUST SHOW UP RIGHT HERE.