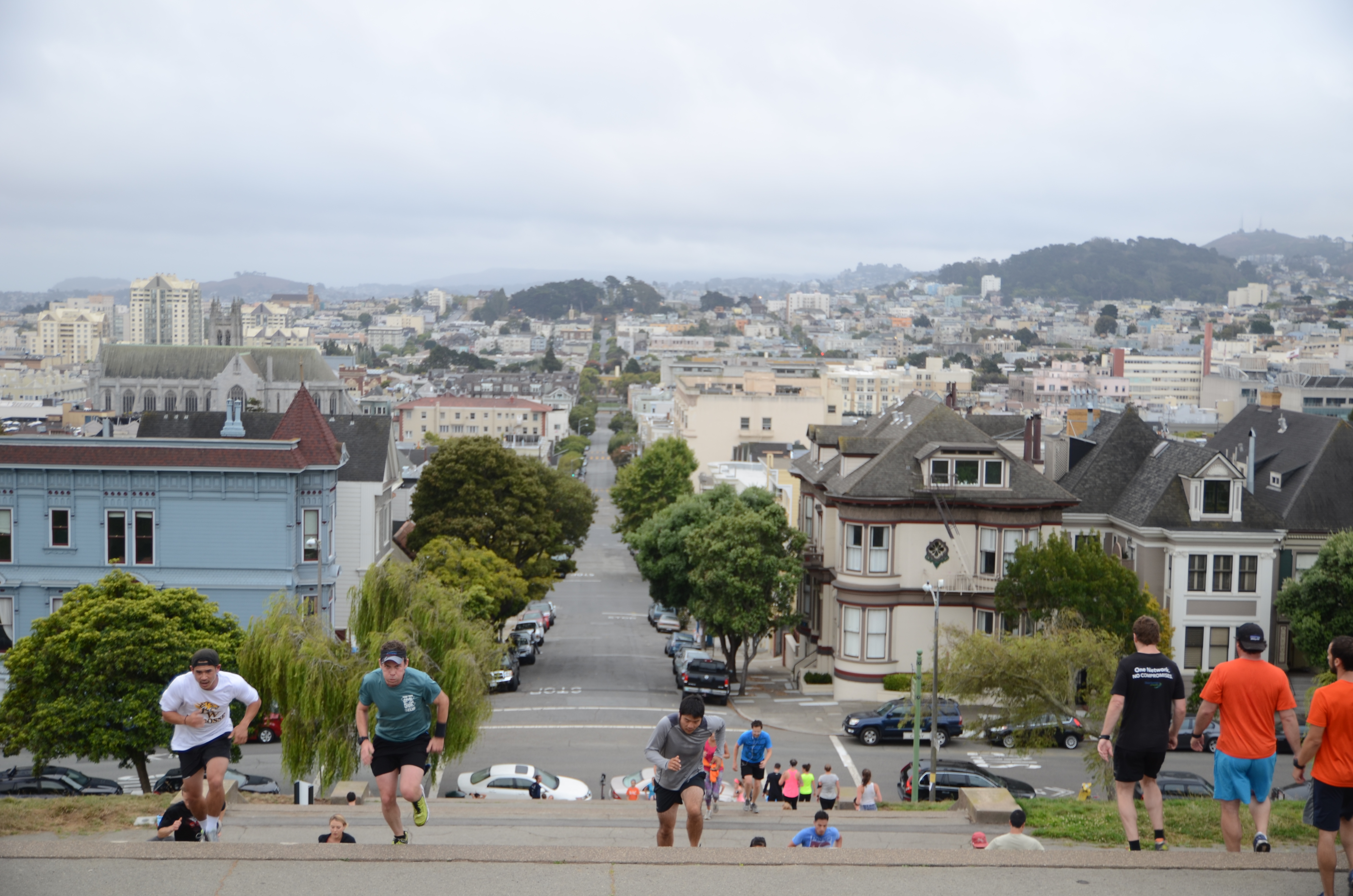 Three times a week, every week, their alarm bells go off at 5am or earlier. Whilst the San Francisco residents roll over in the bed and get those extra 40 minutes in bed, this gang of hoodlums from the East Bay is up brushing their teeth, drinking a coffee, taking a poop, all getting ready to cross that Bay Bridge to join us at Fort Mason, Alta Plaza and the hills of our city. This morning, the #BerkeleyGang was strong with at least 4 cars leaving Berkeley/Oakland to head across the Bay to get their sweaty sweat on here in SF. Though, something seemed amiss when none of them were here for 6:22AM pre-workout hugs. At 6:32AM, there was no sign of Tommy to tell us to leave out the burpees (being suspended in a toddler backpack during a down to the ground burpee does seem pretty intimidating). Alarm bells started ringing. 6:33AM, we’re doing the bounce and I don’t have Mitch Westwood all up in my grill. Phew, OK. At least, Weston is here. 6:38AM. We’re doing our stair sprints. Why isn’t Leedham, Kadala and Kimball throwing down at the front? It’s 6:42AM and Iain McDonald hasn’t suddenly creepily appeared in the back of Laura’s photos. 6:45AM. How have I not heard, let alone seen, Vivi yet? 6:46AM…. “Ahhhhhhhhhhhhhhhh”. Oh, there’s Viv. Ah Iain, Shannon & Co. Mitch’s crew. The Fisher-Davis’ come rolling in.

Due to a unforeseen van fire/explosion on the Bay Bridge and resultant shit storm of a traffic jam, the #BerkeleyCrew were a little late today. But fuck it, they still showed. They hopped out of the car. They raced the stairs. They crushed the workout. Somehow Mitch managed to accrue enough cupcake stickers to make it to the men’s final of our stair-exercise-hill race. And won it. #BerkeleyGang is strong.

These guys make the trek across multiple times a week and never complain about the commute, about the traffic. They’re always there for the hugs. The jokes. The smiles. The workouts. This coming Friday, we starting to pay these guys back. Three year old Tommy and the #BerkeleyGang are bringing us to the Claremont Canyon trails (overlooking UC Berkeley) and hosting us for a legit brunch gang. Meet inside the gate of the Stonewall-Panoramic Trail just off Stonewall Road (Google Map pin drop)(drop those verbals in our NP tracker).