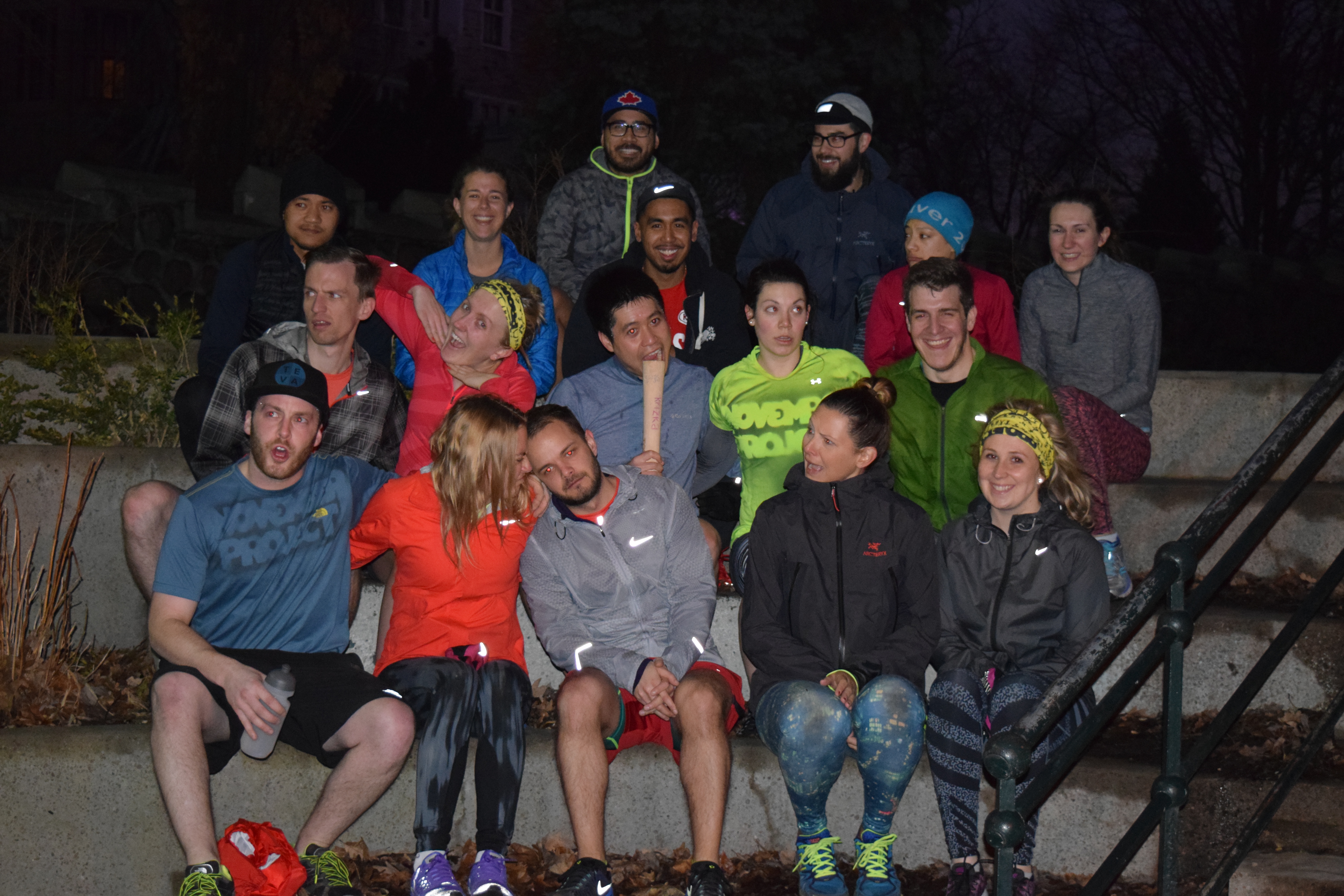 What the craic???!! Yesturday morning was bloody savage. Total gas! Got us completely knackered. Um which way to the jacks?? ..(that was my poor attempt at being Irish for the day hehehe)

Anywayyysssss I was super excited about the work out planned for yesturday morning. Sam got this idea when he was visiting some of the other tribes out west. Known as Chose your own adventure,  it is simple enough. Someone, anyone, yells out a move so squat jump, plank, push up, WHATEVER you want, and while everyone else does the move you chose, you run to the top of the park and back. Basically people had the power to invoke any workout on their fellow tribesman. Some people were a little shy at this, some people, *cough SHERAB cough* took this very much to heart! We had some great suggestions, spiderman push ups, duck walks, hoisties. It was a wonderful mix !!

To finish off the work out we had a nasty burner – plank rows. So we lined up in a row, the first person had to jump over everyone holding a plank until they got to the end of the line. You held the plank for as long as it took to get to you to the start. It felt like a really long time.

We had a very special guest today from South Africa – Wandisile ! It was so nice to meet you!!! I am prettttttyyyyyy sure I saw him smiling the whole time ???? . Thanks Sherab and Ray for bringing such a wonderful guest !

We handed out the positivity award to a very deserving genetleman. Ben has been joining us every wednesday Since the summer days. Pretty sure he is our most punctional member and always always smiling. He also always likes to strikes a pose. Thanks for bring great energy every week !!! Check out what he and the positivity award are up to on the November Project Toronto-Social Facebook page !!

What to look forward to:

Happy St Patty’s! Hope the rest of your day is filled with green beers and irish jigs !! (How did the Irish jig get started ? Too much to drink and not enough restrooms hehehhehehehehehehe) Slainte !!!! xo