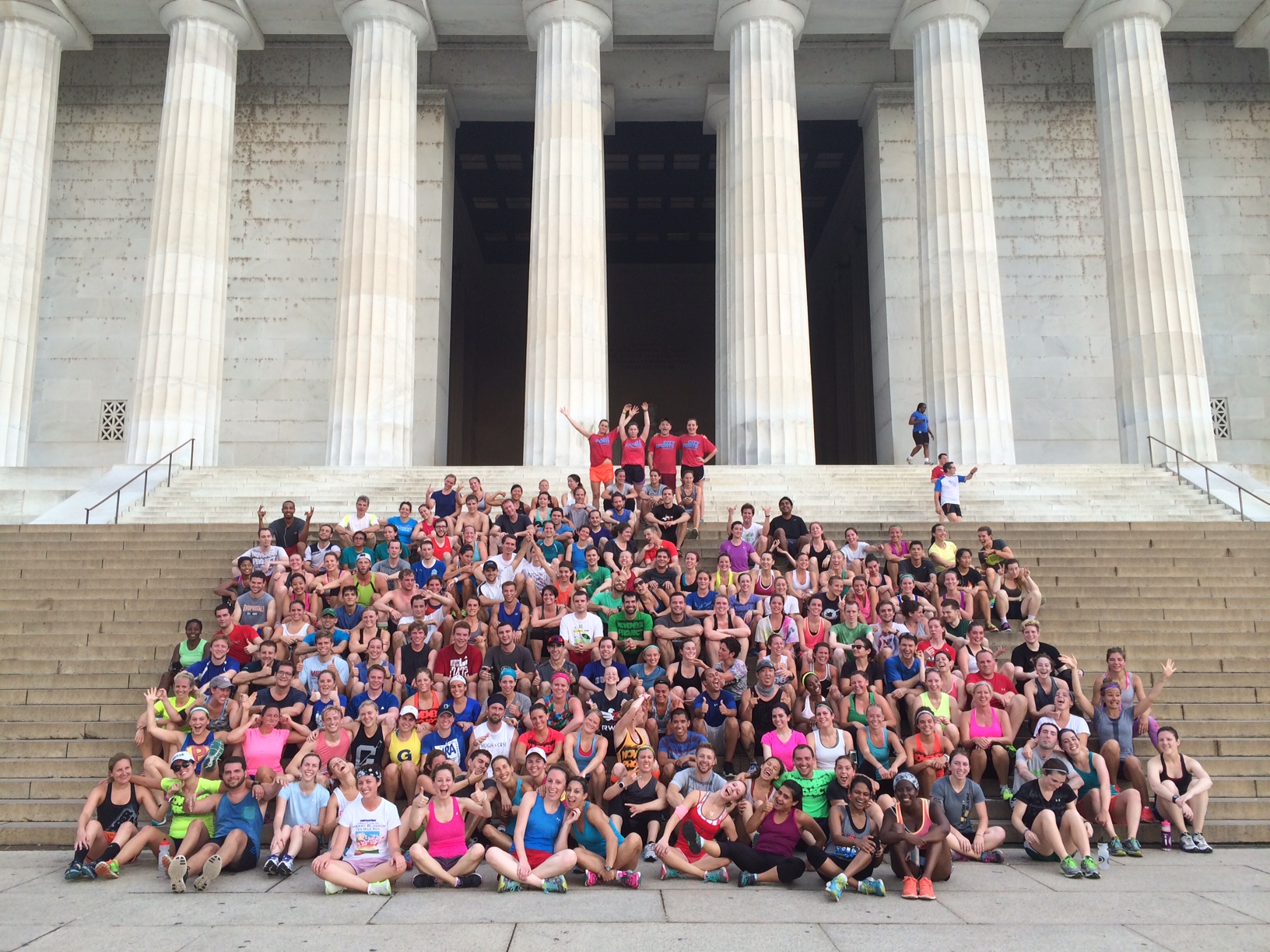 This is a special day for me.  Exactly six months (+1 day) ago, a friend convinced me to join November Project.  Like many people, I was hesitant.

Fast forward six months.  I ran in my first race this year, and then two more, including my first half marathon.  I’m completely out of clothes to tag.  @Canofspaghetti and I are carrying the torch while the parents are out of town, and we’re having a blast doing it.  It’s weird to look at this website from the editor’s page and remember that I was reading it for the first time six short months ago, trying to decide if NP was something I wanted to do.  It’s weird and it’s awesome.  Thank you guys for making the last six months so great.

Today’s workout was about building the community that keeps us coming back each week and month, while also crushing Lincoln logs (obvs).  We put a spin on an old workout, the Fireman 5, and named it “Can of Chuzi,” because #legacy.  We learned people’s birthdays, hometowns, and favorite ice cream flavors.  I even learned something new just by planning the workout –@Canofspaghetti  was born in Alaska.  Who knew?  Alaska makes some cool people.

We also learned that some NPers can do crazy athletic things, like jump in circles while doing pushups.  We’ll have to work on this one in the future…maybe.

THIS FRIDAY we will be meeting at the Carousel on the National Mall, near 900 Jefferson Drive SW.  We will be introducing a workout brought to us from NP Boston.  You won’t want to miss it.   See you at 6:28 AM.