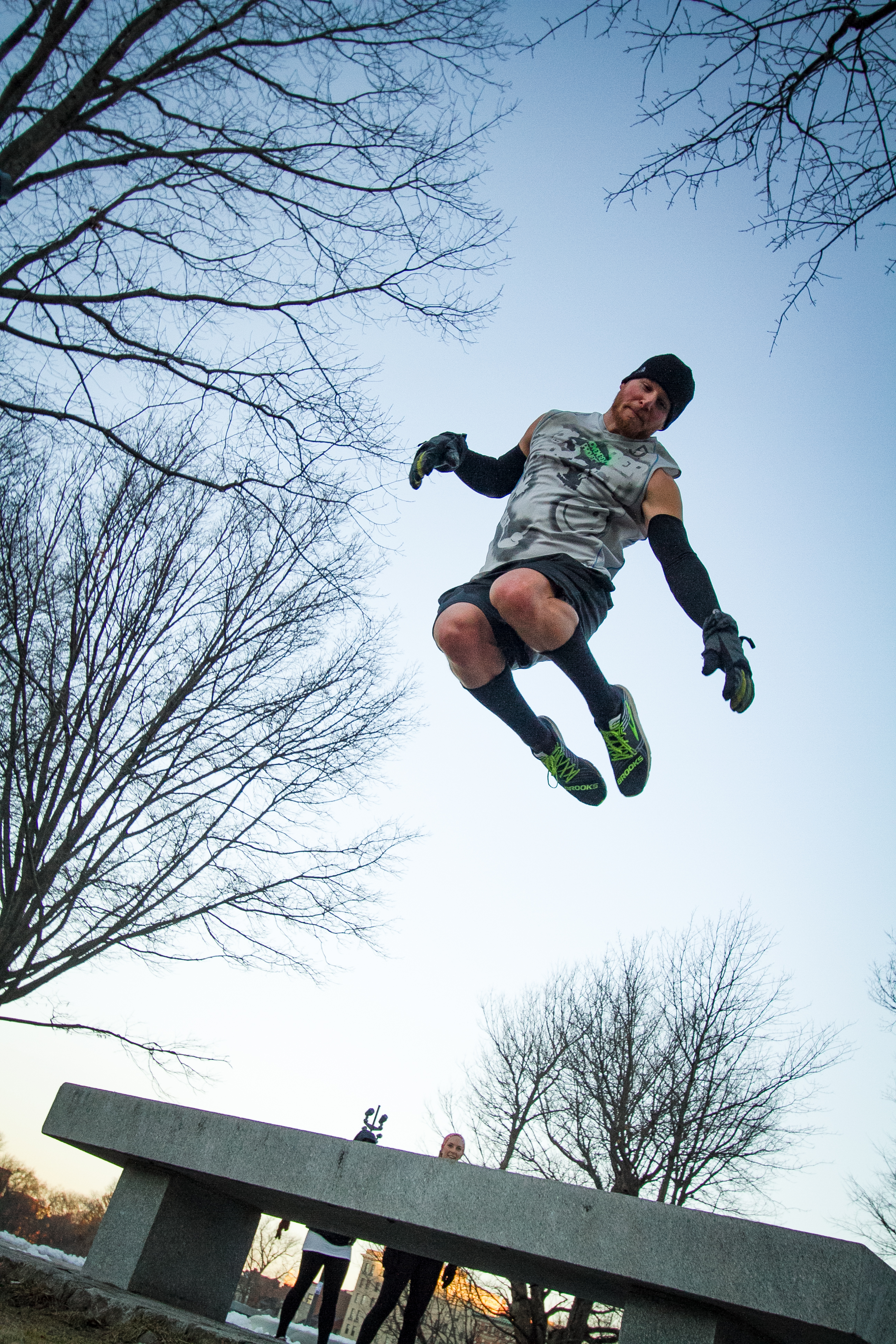 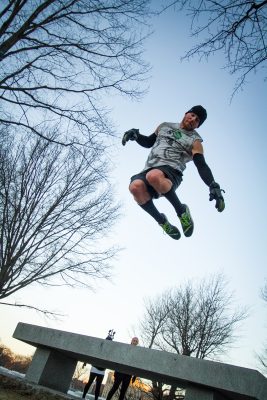 It almost happened… Boston almost hosted an Olympic games in 2024. And sure, there are a lot of reasons that it shouldn’t have happened, but we here at November Project were sad. We like giant events and team comradarie. So during these Winter Games, while we were getting all jazzed up on the likes of Mikaela Shiffrin and Chloe Kim we thought: why not bring some Olympic magic to Boston ourselves?

So this morning we did…
We started with the luge… well not exactly luge, we did lunges. Or, as they were called this morning, looonges.

Next event was skeleton luge, well not exactly skeleton luge as much as it was everyone planking in a stationary position imagining being one of those batshit people screaming down an ice track head-first.

The next event we moved over to the ski area–ok. It wasn’t actually a ski area as much as it was just that side hill on the common. The ski hill hosted two events:
– Moguls: jumping side to side up and down a curb
– Downhill skiing–well “Reverse Downhill Skiing”–it was running. It was running up a hill.

Finally the end of the games was nearing, but it wouldn’t be a proper Winter Olympics without a bobsled race. So we all jumped in our bobsleds and careened down a giant bobsled track that Emily, Capozzi, and I built last night–ok FINE there was no real bobsled track. We held v-up plank while dropping to the left and right while pretending to go down an imaginary bobsled track.

The last event of the games involved both strength, stamina, and poise. The entire mob of people ran around a loop of the common and when they came to the proper place were forced try and throw an easter egg into a home depot bucket (it’s at this point in writing this that I start to wonder “What is my life?” but then realize it’s awesome and move on…).

The games wrapped up, the winning team was acknowledged, then immediately forced to turn on one another as they paired off and battled for gold during the mid-group-photo ice dancing competition.

If you weren’t there, or none of this made sense, I’m sorry. Well actually I’m not. You should’ve been there. Shit was dope. Have a great Monday! We’ll see you Wednesday for more ridiculousness. 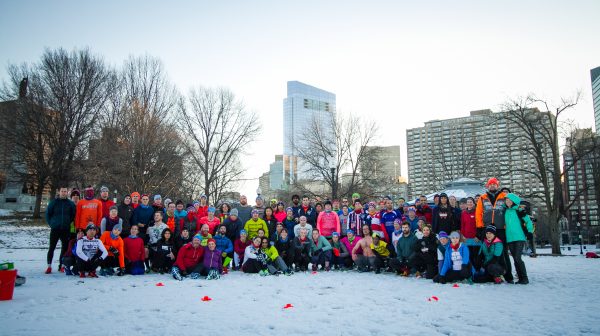