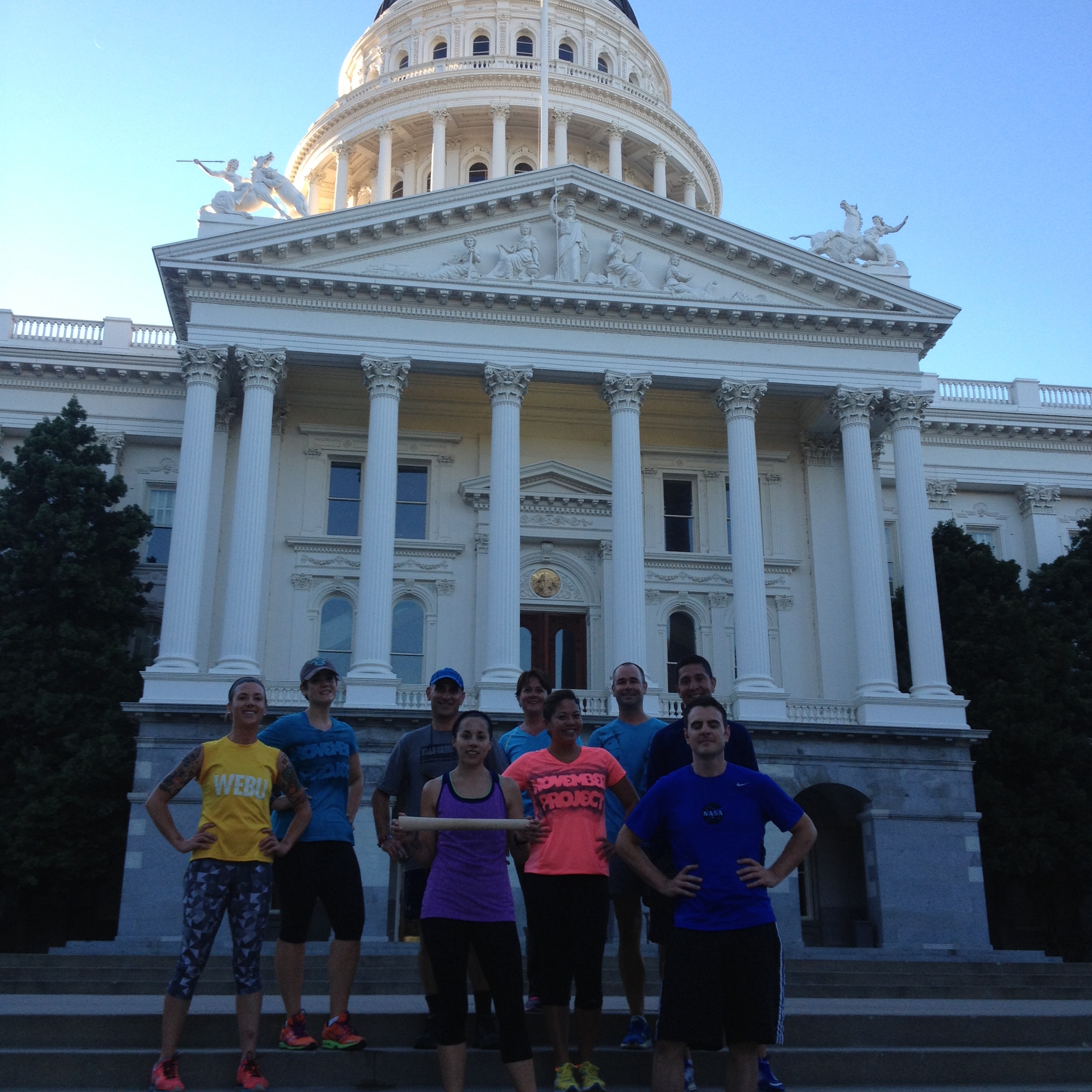 So today’s morning workout started off on a positive note when leaf blower guy decided to tell us that chalk was not allowed to be used to mark our workouts on the sidewalks. I think he is just bitter because we are getting fit and he is blowing dust. He stood there are tried to blow the chalk off the sidewalk with his leaf blower … end result … chalk won.

Anyways with the morning 6:25AM gathering at the West Steps of the Capitol, we welcomed new comer Mitch to the group. He found us by way of reading about November Project in Runner’s World then looking us up online, he made a verbal and showed up! That simple.

The morning workout, took us around an unfamiliar double loop across the street of the Capitol for the warm-up. So unfamiliar, co-leader Chris couldn’t figure out the 4 right handed turns to make the loop. Also so unfamiliar that co-leader Stephanie and NP_SMF tribe member Juan opted to skip the warm-up and hold down the stairs of the Capitol.

After the quick warm-up, we did a series of step drills, tricep dips, rocking planks (WHICH ROCKED!) and some line drills which were marked off by the x’s in chalk. We did this a total of 3 times through before ending with a 1-mile run around the Capitol building.

MAKE A VERBAL AND JOIN US NEXT WEEK! By the way … hey DERRICK WE MISS YOU! Send him a tweet and remind him to meet us every week for #NP_SMF and that you miss him too.