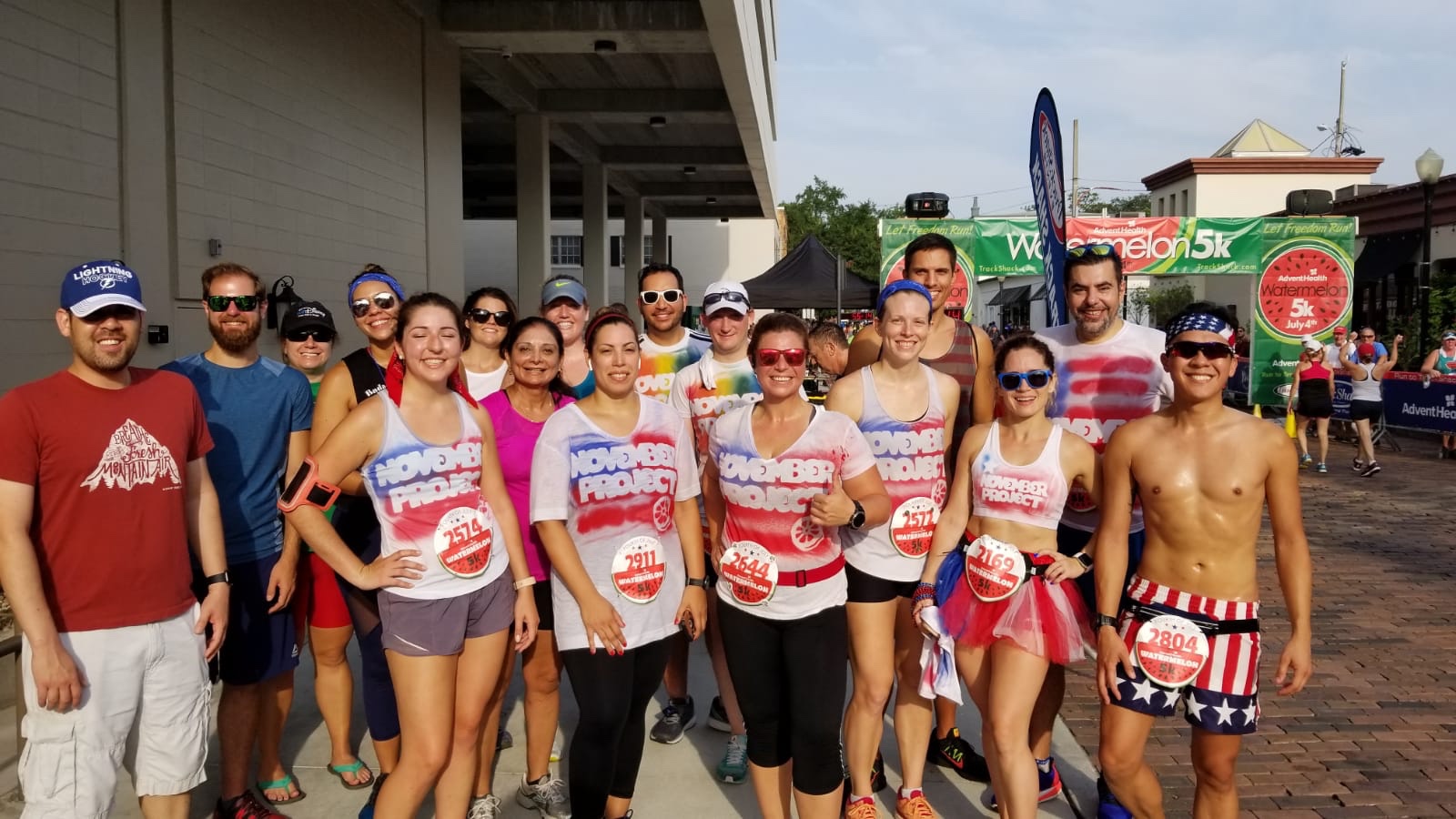 This past week was full of celebrations! It was 3 years ago on Saturday that the Orlando Fit Project held their very first workout. They hoisteed their way to building a successful #freefitness community, becoming the 33rd official November Project location in a mere 6 months! We celebrated that success with a birthday social at Soco restaurant where memories were shared, southern inspired cuisine was consumed, drinks and conversation flowed and helium was inhaled. A helluva party it was!  And it was the perfect precursor to a workout that celebrated the Declaration of Independence being signed a mere 243 years ago. We memorialized the year 1776 by teaming up in groups of 3 and attempting to accumulate 1776 reps that encompassed 10 different exercises. Not every team made it all the way to 1776 reps, but every team worked nonstop (besides a patriotic salute to the flag during Whitney’s rendition of the Star-Spangled Banner) to get as close to reaching that goal as they possibly could.    The Wednesday morning workout that included liberty lunges, star spangled squats and holiday hoistees had our legs properly prepped for another year of kicking off the 4th of July with a Watermelon 5K through the beautiful streets of Winter Park. The Florida heat and humidity did not disappoint as we flew like firecrackers over the red brick roads. A special thanks to everyone who participated-whether you were running, walking or cheering; it was great to start another morning with YOU!   

Now that our week of celebrating our own accomplishments and freedom in the USA has come to an end, we get to celebrate another birthday, as tomorrow November Project will announce the 50th city (9th country) to officially join this world takeover of building positive community through #freefitness! This crêpe is good! So join us tomorrow morning, as we could never get burned out on this feeling of strength + positivity!