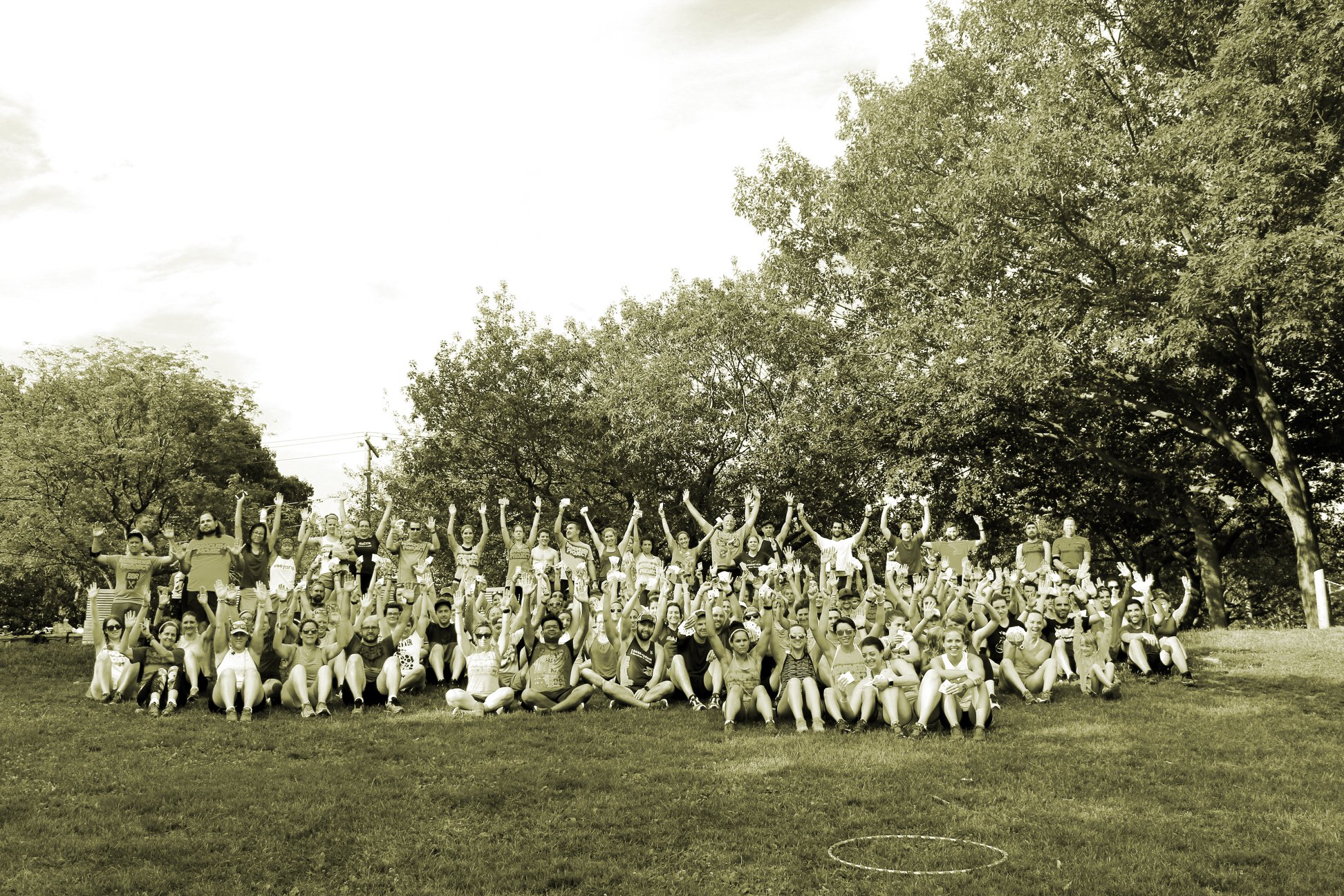 Today was the greatest. I babysat the kewlest kids in town. We hung out by the pool, ate too many freezepops, and even learned how to thumb war.

Remember the good old days when summer meant no responsibilities, endless beach days, and surviving on popsicles and mac & cheese while your parents were at work? Klawiter and I tried to recreate some of those vibes at Summit Ave this morning. You could say we were a little excited about having the chance to join the illustrious Babysitters Club and we went a little ham (is anyone sick of Instagram polls? No one? Great!).

Now, we all know the whole point of babysitting is to make sure the kids like you. And guess what? You’re never going to get there unless safety is third, rules are fourth, creativity is high, and all days end with sugary treats.

We held the nation’s first-ever* 5:30am Friday workout at Summit Ave, complete with the first annual** Summit Path Fastest Known Time (FKT) ShowDown. Griff and Natasha were the first man and woman to burst out of the woods and into the street (never fear: Sylvie & Freya were on car/turkey watch). Griff currently holds the FKT with 1:20. We’ll see how his time holds up…

Klawiter decided to #dooster_pledge by snapping yearbook retakes with an iPhone 10. A confusing move considering the fact that Dylan took the OG masterpieces, but we’ll see how that plays out for him.

A new workout: You’ve Been Carded. Full hills + #stairspice, but with the added twist of partner challenges at 5 locations along the way. At each challenge location, we found a partner, selected a card from the pile, and competed to win that card. There were all-out races up the stairs and hills, rock-paper-scissor battles, burpee throwdowns, plank contests, wingpspan measurements, and staring contests, heretofore known as #starespice. Some people accumulated solid stacks of cards. Other people have short last names, long wingspans, bad eye reflex control, and don’t know about Pokémon.

Because there were opportunities to win based on speed, strength, cunning, NP bragging rights/knowledge, and random chance, our hope was to get each person’s competitive energy fired up in some way.

The sweat was real, Erin had to teach her partner how to thumb war, and I saw someone CRUSH the ‘Who can name 5 Pokémon the fastest’ contest. What more could I ask for in a babysitting experience?

Step 3: Treat Yo Self & Yo Friends

Eating freezepops in a pool at 6am. What a life we live. HUGE shoutout to Jordanna for generally being the coolest and offering up her pool while also crushing the sidewalk chalk game as usual!

This group of humans is insanely down to give anything a go, and I think that’s pretty much the definition of fun. I was so psyched to see how down people were to try something new (& a little messy), how hard they worked, and how many people were so kind & polite as to actually thank us after the workout. This week #Klawbritto got a tiny glimpse into how much work the co-leaders put into NP Boston, and a tiny glimpse of the love they get back from the people who show up. I simply can’t imagine having the space in my brain to do that 3x per week. So keep thanking Chris & Emily, keep working hard, and always eat at least two freezepops when presented with the chance.*** 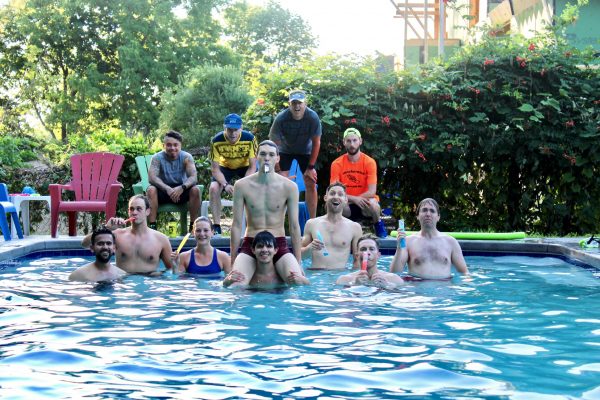 EMC will return from their MOM lessons on Monday & lead a fresh new workout with lots of #inspo from their weekend away. Location is in the tracker! And the Google!

Spoiler alert: See you at the Arnold Arboretum at 6:29am. Build in extra time for stopping to smell the flowers.

***and with that, we now hold the Guinness World Record for most mention of “freezepops” in a blog post