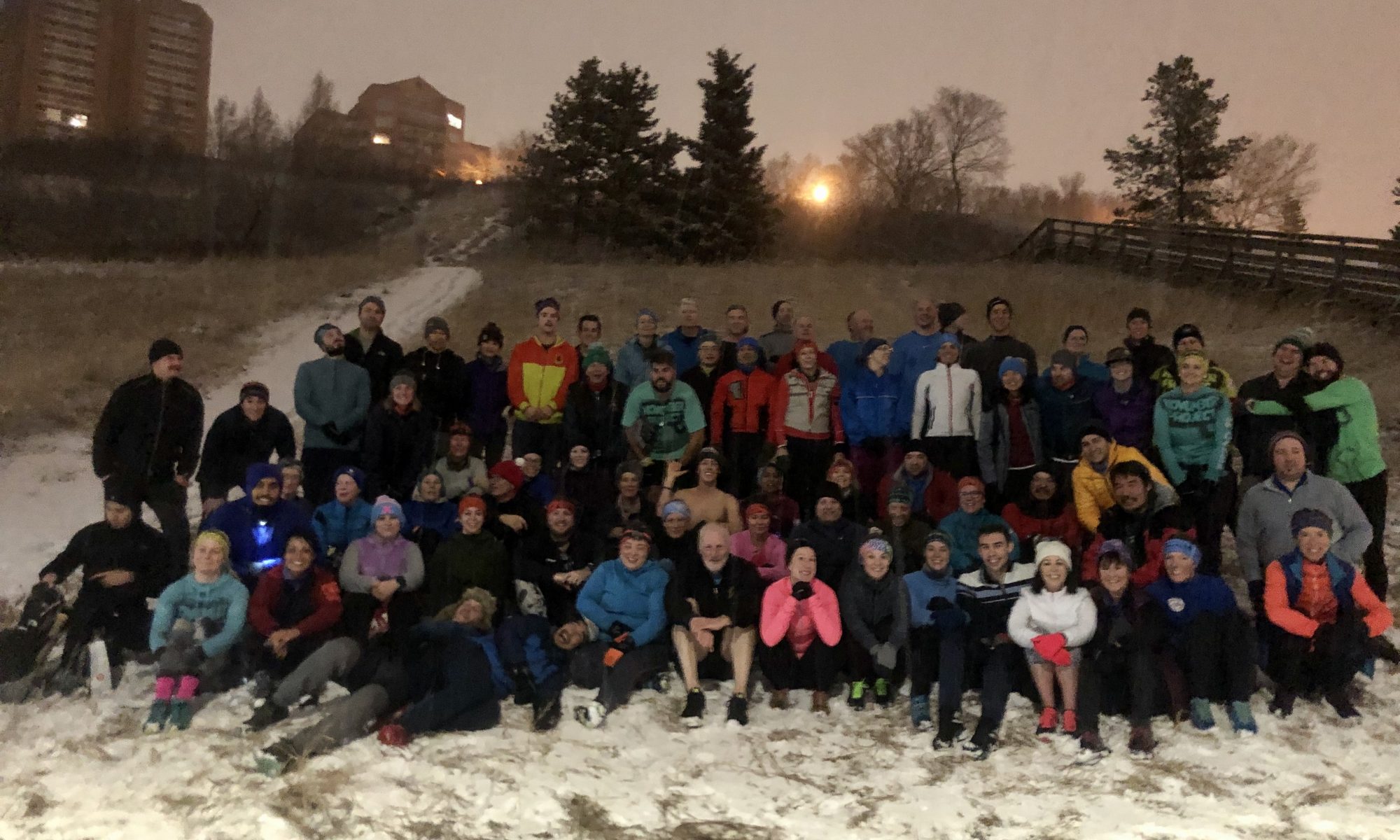 Imagine if there were 999 bottles of beer on the wall? It would take a long time to get through that song. Or if Wayne Gretzky wore jersey number 999? He probably wouldn’t have been able to tuck it into the one side of his pants. Or if there had been 999 red balloons – in any language that would have been a lot of balloons!

That means that today was the 333rd time we’ve gathered to do a Wednesday stair workout. That’s a lot of stairs climbed, primarily Royal Glenora and Commonwealth stairs, with a few summer field trips added to the mix. That’s also a lot of Constable Faraone high-5s, 30 rep cycles, Gate 2 bounces, reminders to get off the road, 28:19 days, and Abe hats awarded. Stair workout #333 also seemed like the perfect day for a “What’s in the Bag?” button reveal! Button 3 of 11 was released today. Everyone who showed up is now the proud owner of Rob’s face!

Thank you for getting us to #999. As we move to our millennium workout, let’s hope there aren’t any Y1K bugs that come and crash this movement. See you at Kinsmen Friday for some hills, another game of “What’s in the Bag?” and workout #1000!!!