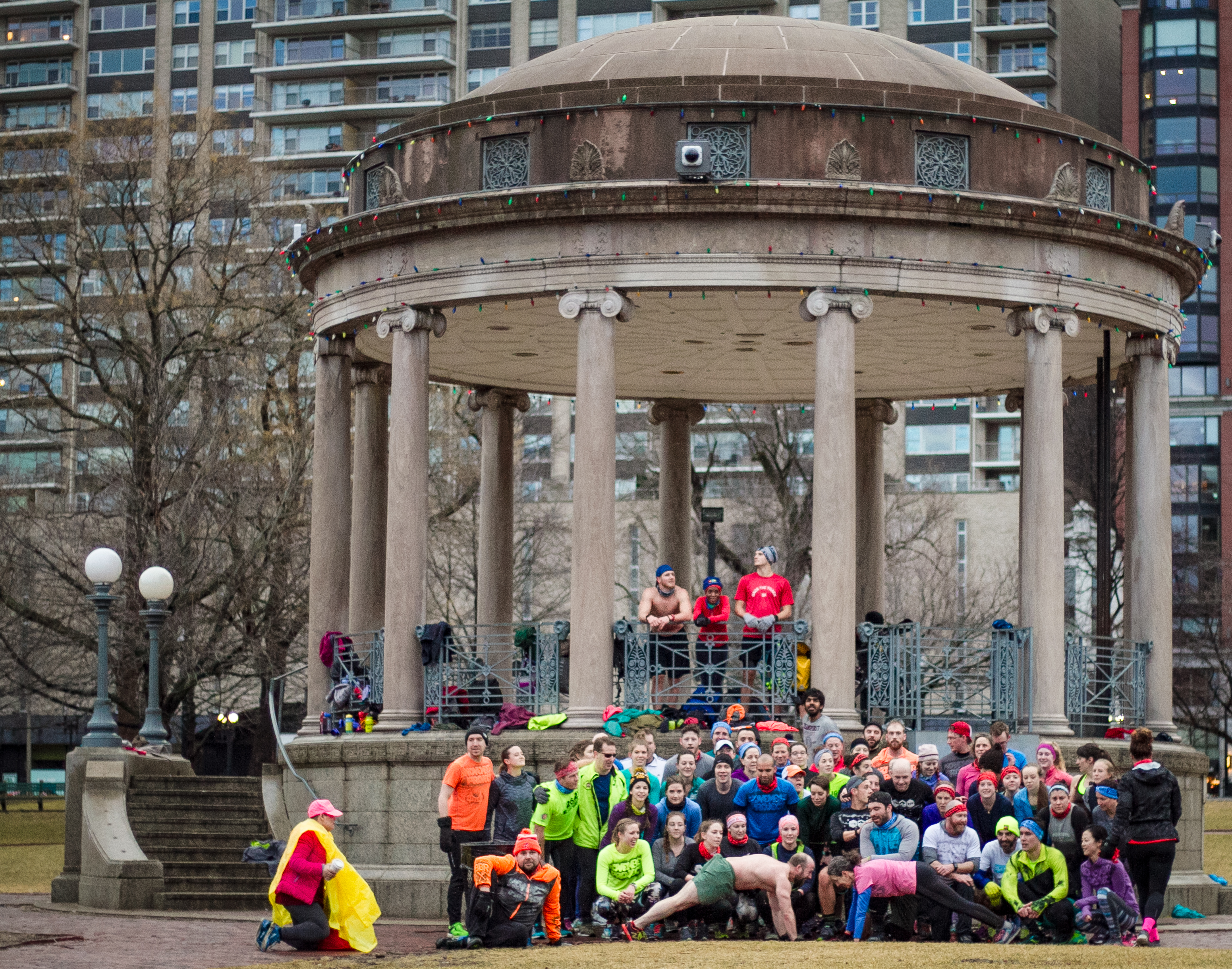 1. Did you show up to the workout this morning?

If you said yes, Fuck yeah!  Good for you. Have a great day.

If you said no, we missed you.  Read on for more details about what you missed.

Today was the second Monday of February, during which every single #DestinationDeck workout will be in the same meetup location–Boston Common.  Everyone who showed up last week got their clothes filthy by rolling around on the ground and laying in the mud, and those people either said fuck it and didn’t come this morning, or they learned how to dress for the day after rain in this location by NOT WEARING their favorite clothes.  We saw less neon this morning than we’ve ever seen at a workout.  Except for the newbie named Lindsay, who visited from the NP_pledge group in Providence.  She stared us straight in the eyes and laid down in the mud and rolled back and forth until she was covered.  She stood up and said, “I’m not scared.”  Welcome to the tribe, Lindsay.  We’re all totally impressed. 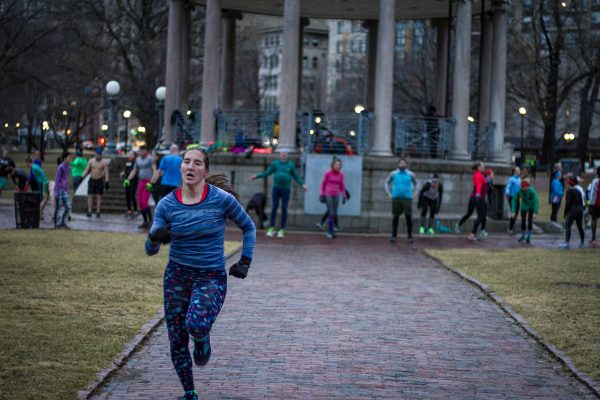 We got our sweat on today in teams of 4.  One person ran an out & back sprint down one of the paths leading away from the Bandstand that was our meeting point.  The second person did burpees (isn’t that awful, having to jump right into burpees after sprinting??  We’re the worst).  The third person did jumping lunges, where you switch feet in the air and land right into a lunge.  (Those are harder than burpees, actually–so we really are the worst).  And the fourth person did jumping jacks, just to keep the heart rate nice and high before heading out for the sprint again.  When the runner returned to the group, everyone shifted one position and this carried on basically forever. 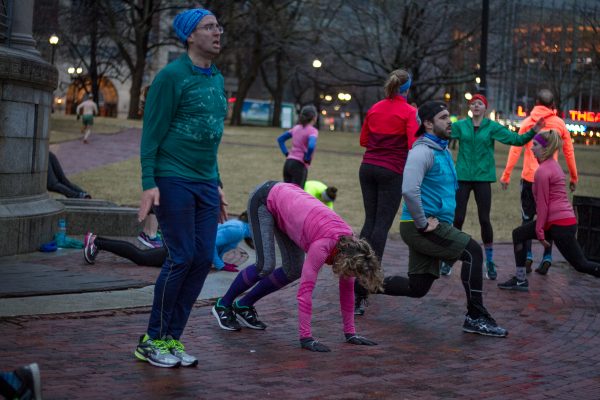 Even Tom Adameitz (who’s really fast and fit as fuck) started to complain that the workout was lasting for an entire hour.  He was fatigued.  It was hard.  And everyone who did it, including Tom got a little bit better today because of it.

Until we called the intermission.

Intermission, is usually the break in a performance during which the actors regroup and the audience goes pee.  But today the intermission was the break from that hard workout, during which we set the entire tribe to a plank contest.  As people dropped out of the plank position and the contest, they simply regrouped into new teams of 4 and continued on with the circuit until the workout was done.  Louise Domenitz and Malcolm Purinton were the final two contenders…holding a plank for MORE THAN 6 MINUTES!!!  Malcolm eventually won the battle as the final planker, and we were all impressed.  He won a found orange.* 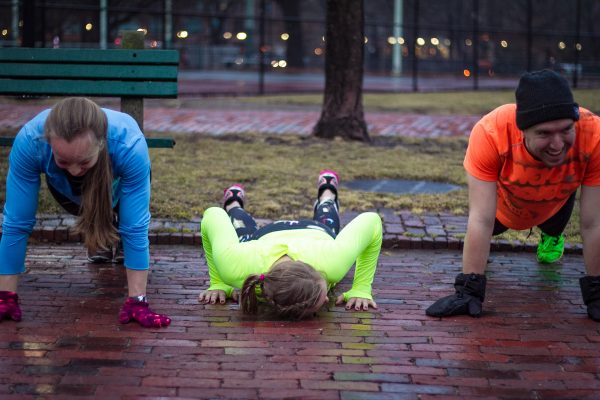 New teams then busted out the final minutes of the workout and after the group photo the Rando Die landed on 1.  Can you believe it?? The day you weren’t there, the die actually landed on one single minute of burpees.  We couldn’t believe it either.

All in all, it was a normal** Monday morning on Boston Common.  Where a whole bunch of human beings came together and met new people.  We ran around and moved our bodies.  We worked hard, and then worked harder than we thought we could.  And as we ran and walked away from the workout, we probably realized (again) that this shit is good.

Third Monday in Boston Common is coming in just one week.  We dare you to show up,

whether it’s raining or not,

You won’t regret it.

Wednesday is that weird holiday called Valentine’s Day.  When you come to the workout on Wednesday at the Stadium, bring a single Valentine’s Card.  Preferably hand-made.  Do not label it for an individual. 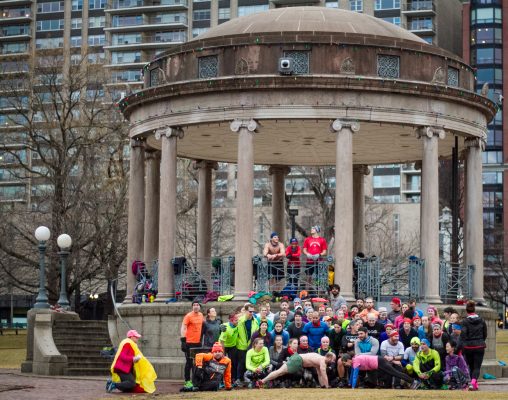 *Found orange is an orange piece of fruit that was found on the ground in the Common.  Please don’t eat that particular treasure, Malcolm.