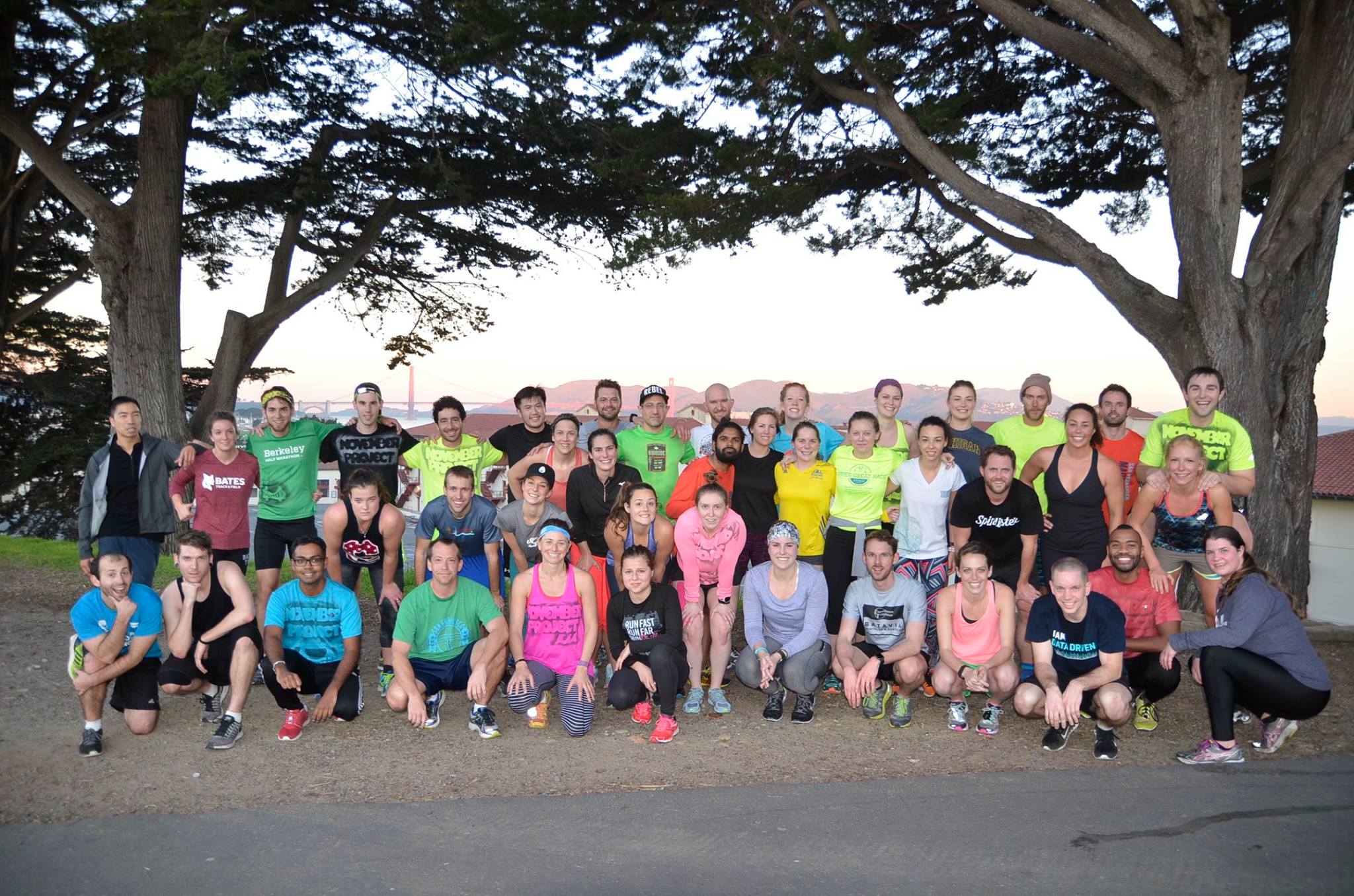 This morning Dan Clayton returned to Fort Mason to lead a Monday workout after a 13 month hiatus. He left early and was still late to work, but weirdly seemed fine about it. Kind of seems like he’s phoning it in on all fronts these days. Anyways… I was going through the regular motions starting the workout (btw, 3 sentences is my max for speaking about myself in the third person), but when it came time to introduce the newbies, there was not a SINGLE newbie to be found. A foreboding hush fell about the crowd…

This has only happened three times in November Project history. The last time was August 2007, before that was March 2000, and the first ever zero newbie attendance day was October 1929. And so what, pray tell, do all these dates have in common? That’s right, they’re each the beginning of MASSIVE U.S. stock market sell-offs.

Lets go back to 2007. It was a warm August morning in San Francisco (~63 degrees) and everyone was dancing to ‘Umbrella’ by Rihanna featuring Jay-Z. A 21 year old McCloskey gathered the troops and asked for the newbies to introduce themselves before starting the workout. The dancing would immediately stop as the gravity of a no newbie day began to set in… and we all know the story from there.

One year later defaults in the sub-prime mortgage market would send the global financial system into a tailspin, ending in the bankruptcy of Lehman Brothers and complete evaporation of liquidity in the credit markets.

Seven years earlier (thanks to Al Gore) the internet was redefining the way business was done everywhere. It was a chilly March morning in San Francisco (~63 degrees) and everyone was dancing to ‘Smooth’ by Santana featuring Rob Thomas. Dan Clayton (on spring break from 7th grade) called out for newbies to identify themselves and once again heard nothing in return. That was just the beginning.

One month later the NASDAQ would experience it’s worst single-day loss in history (-9.67%), as the dot-com bubble burst. The drawdown in the NASDAQ would continue for more than two years, erasing 75% of the index’s value and sending dozens of technology and e-commerce companies into bankruptcy. It took over 15 years for the index to regain losses, and that’s not even on an inflation-adjusted basis.

Finally, we return to October 1929. It was a mild autumn morning in San Francisco (~63 degrees), and everyone was doing the Charleston to ‘Mack The Knife’ by The Threepenny Opera. Paddy’s Great Grandfather, Patches O’Leary, had just gathered the November Project crowd on Market Street to wobble each other’s fat away, and… well, you know the story — not a single newbie in sight.

A booming industrial sector had driven speculative accounts up wildly during the second half of the 1920’s, raising P/E multiples to a shocking 32.5, clearly above historical norms. The Dow Jones Industrial Average plummeted 23% in just two days. Falling share prices rippled almost instantaneously through financial markets world wide, sending the U.S. into the Great Depression.

Clearly the influx of tech talent to the Bay Area came to an abrupt halt today resulting in the absence of newbies at NPSF. With talent beginning to self select away from technology start-ups, venture-backed technology companies will find it harder and harder to raise money, maintain talent and growth. This will leave technology firms with only two options; fire everyone, or eliminate the free lunches / beer / transportation you all enjoy on a daily basis, and god knows the beer is here to stay, so basically you’re all screwed.

Anyways, you heard it here first — November Project San Francisco is calling for the next U.S. recession triggered by yet another bursting tech bubble. No newbies at NPSF = canary in the coal mine. So SELL SELL SELL!!! PANIC PANIC PANIC!!!

Or is it too late?

Seriously can’t wait for Tantek’s response to this.