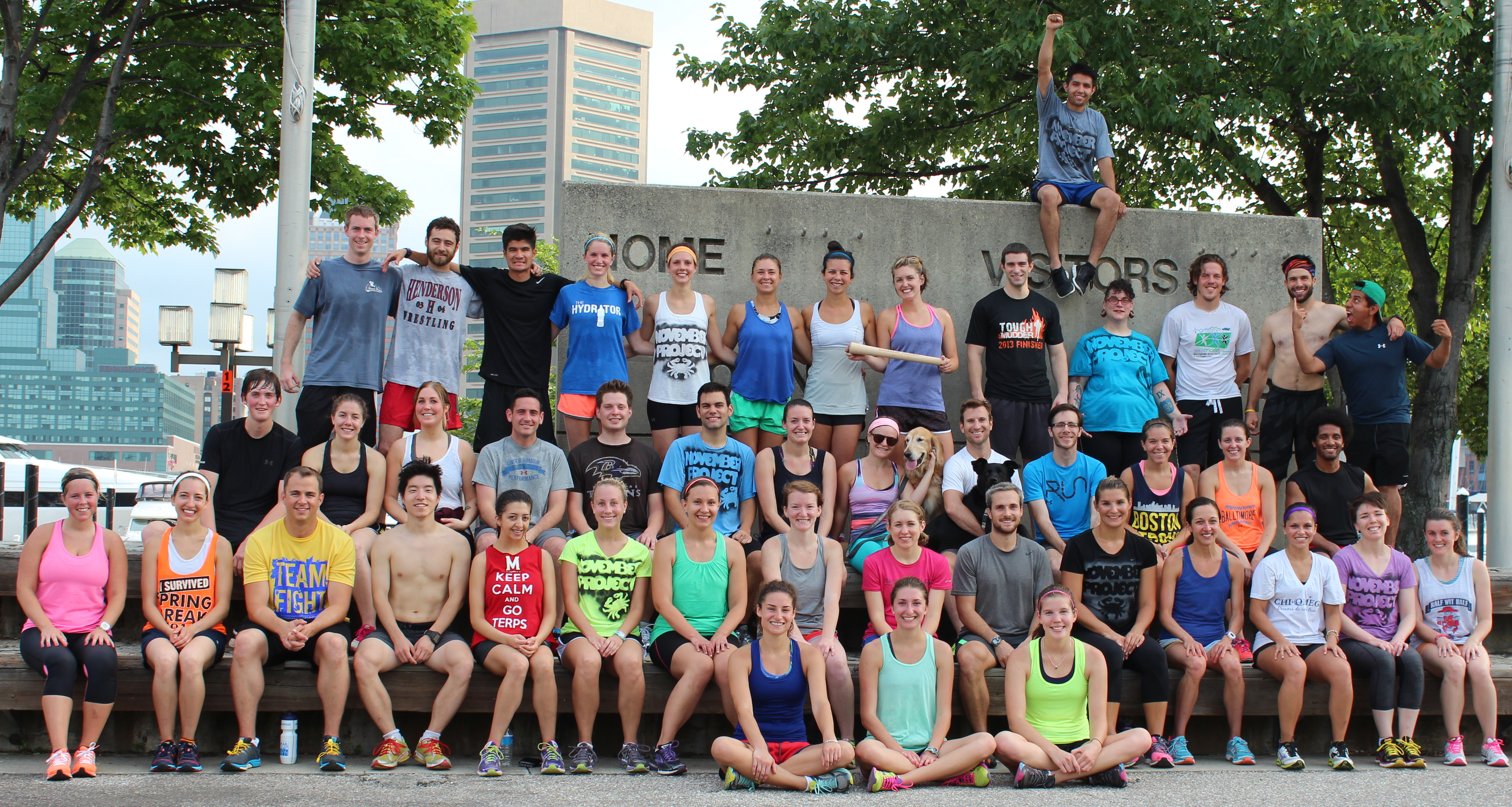 So if you Google “Racing quotes” the first thing that comes up is a quote by some guy named Mario Andretti. We think he’s named after the Nintendo character…we also assume he cooks a mean marinara. Whoever this guy is he has some really wise words. “If everything seems under control, you’re not going fast enough.”

Today, nothing was under control. People were flying around Rash Field like Patches on Diet Redbull. The results of P.R Day will be released soon but I know for a fact people dropped mad time. Race day is all about the need for speed…I’m still getting over the smell of burning shoe rubber.

We also launched our first 5:30 workout this morning…pretty much an excuse for Patches and I to wear headbands and push the “No Shirts, No Problem” agenda. Thanks to you lovely ladies that raced with us at the crack of dawn…can’t wait for that 5:30 group to take on a life of its own. #whatissleep?

On top of all those fantastic shenanigans, we had a bunch of awesome newbies, some super fast shirtless visitors, another round of epic yearbook photos and a visit from Amy.  This girl lives that NP life to the max  and we couldn’t have been happier to have her visiting from the Boston tribe ( we appreciate the loan). On top of that  she set a new mile P.R…it’s something in the Bmore water.

, she doesn’t even have to do anything to win it. I mean, don’t get me wrong, Liz started living the NP life months ago and has been spreading positivity for decades ( We assume. Unfortunately we haven’t known her long enough for this to be anything other than speculation). All we’re saying  , is if this girl just showed up and only smiled…well we probably would have still given her the award. Keep on smiling Liz, the world is better for it.

Final Race Day results to be released tomorrow. We believe Steve Earley’s “10:10” 3000 is still a tribe record but the official results are on the way.

REMEMBER: When 65 people show up…Friday mornings are a-happenin. So bring your friends! We takin the city over y’all.

Keep spreading the NP Love. It’s all about the tribe.