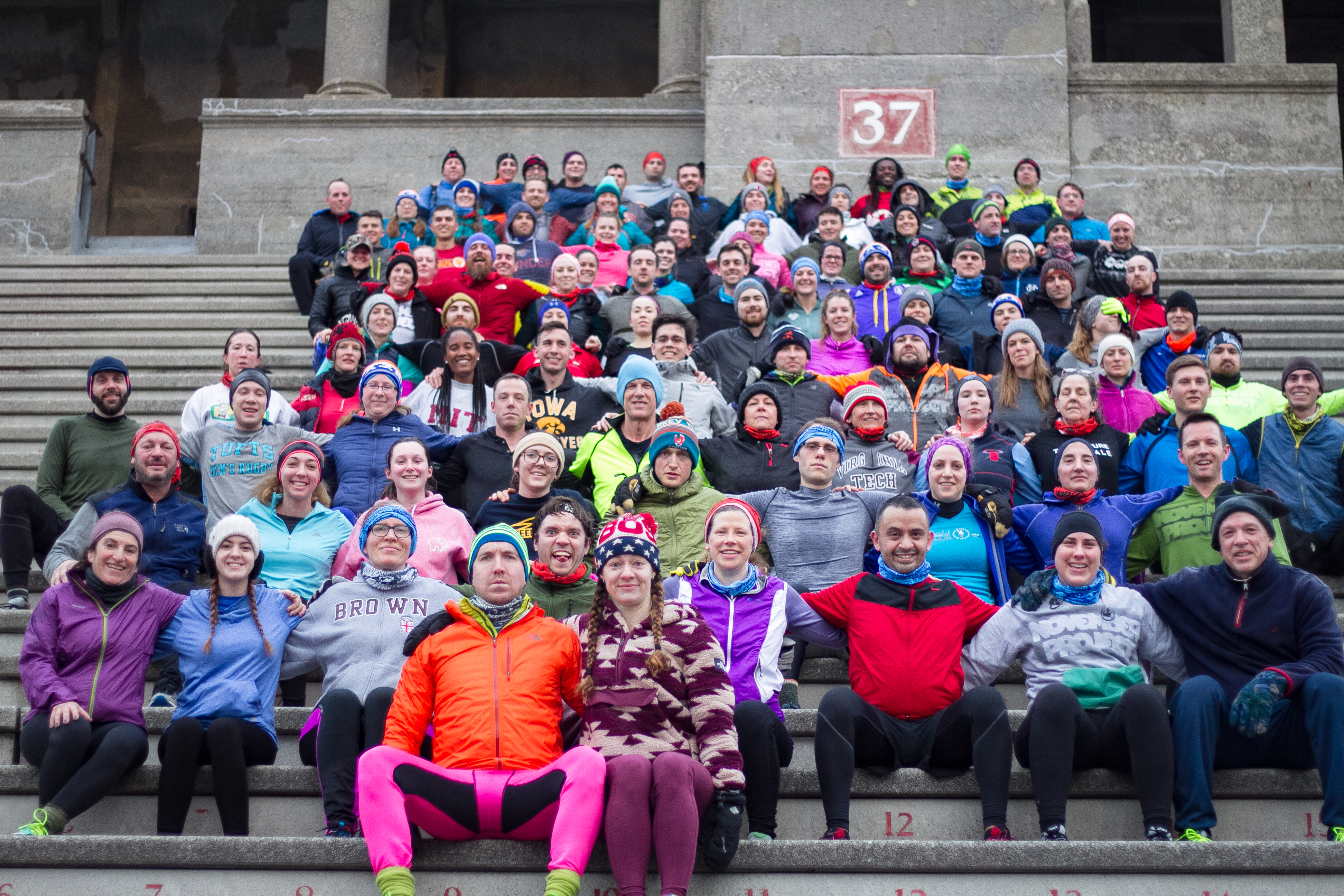 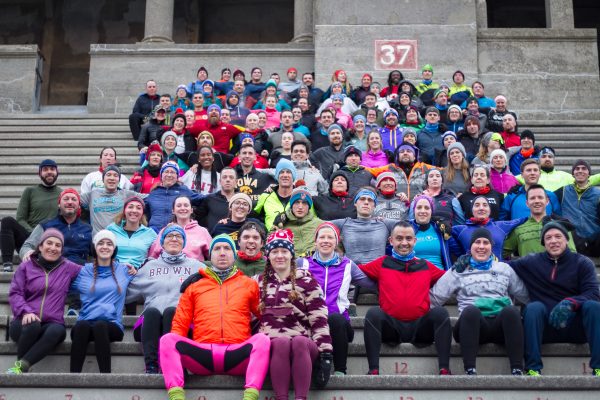 I had a pretty cool experience this morning at NP.  During both the 5:30 and the 6:30 workouts I ran into (socially, not physically) awesome human beings who I haven’t seen in a while.  Some had been out because they were injured and working on getting back to full health.  Some have had life stuff going on and even though they’ve wanted to be at NP, the schedule, loved-ones’ needs or health, or whatever has prevented them from being around. Who knows all the reasons, but one of my favorite things is just being excited when I see someone who hasn’t been around in a while.

Jeannie Friedman busted out some fast AF stairs at 5:30 and I kept asking myself who that lightening woman ahead of me was, who usually isn’t there.  Right as we crossed paths back at 37, I was like, “oh heyyyyy, fuck yeah!  Good to see you!”  It was actually Jeannie who rang that second to last fire drill at 6:18am.  It wasn’t all my fault!

Mike Manfredi has long-time been one of the first to arrive to Friday hills and he plants himself on the wall and just chills until we kick him off to stand on the wall for the bounce.  He’s had a lingering injury that he’s been going to PT forever to heal…and he showed up for a solid half-tour today.  He left healthy and we’re happy he might just be there on Friday too.

Cristhian Mancinas-García made his second appearance THIS WEEK for the first time in MONTHS, and holy shit does that kid know how to rock his grassroots gear.  We don’t know why this week is so hot for Cristhian, but it’s exciting to see that “regular” face show back up again.

Will, the very quiet dude who wears giant headphones and who almost 100% will not respond to you if / when you say “hi,” or “good job,” or “fuck yeah”…he hasn’t been there in a while and he was back today.  I always get excited when I see him and I make a clown out of myself saying hi –even though he almost 100% of the time doesn’t respond.  I love that he comes to NP and gets what he needs out of it.

Steve Jamison, one of the dudes who proposed to his now wife at an NP workout, made a showing this morning after a long injury absence.  He’s one of the best humans I know and it made me so happy to see him climbing the stairs, being that deeply positive and encouraging presence to others after he did his reasonable half-tour, and seeing his own joy just being with the tribe.

Tommy Layman, one of the old-schooliest dudes of NP, from back in the day when everyone knew EVERYONE by first name and when the blog wouldn’t have to link anyone’s FB profile to give context of who they are.  Tommy loves the stadium more than just about anyone I know and he knows how to appreciate it when it’s full of the tribe and when it’s a silent sanctuary of solo fitness.  Injury has made the stadium a battle against his body and so to see him battling back and showing up, well it absolutely made my morning.

I know there are others.  It’s hard for me or the Chrises to always see every single individual at a workout, but it feels amazing to see the tribe in it’s whole and made up of all the incredible individuals too.  Who did you see today, maybe after a long time away, or maybe in a brand new way today?

What if you thought about just one of those tribe members who you haven’t seen in a while, but you used to.  Who was a regular part of your day, week-after-week.  What if you reached out to one of those tribe members–NOT to shame them or convince them to come back.  No recruiting pitch at all.  But what if you just reached out with a text, a call, a facebook message and said “Hey, I know it’s been a while, but how’s it going?”  You might find out more about them and what’s up in their life, and more importantly you might find an experience you didn’t expect that comes from reminding the individual human beings who make up the tribe that they matter, and not only when they show up.  The Tribe is Strong, and I’m pretty sure that this kind of connection can only serve to make it stronger.

Who do you miss?  Who do you remember?  Just reach out and say “hi.”