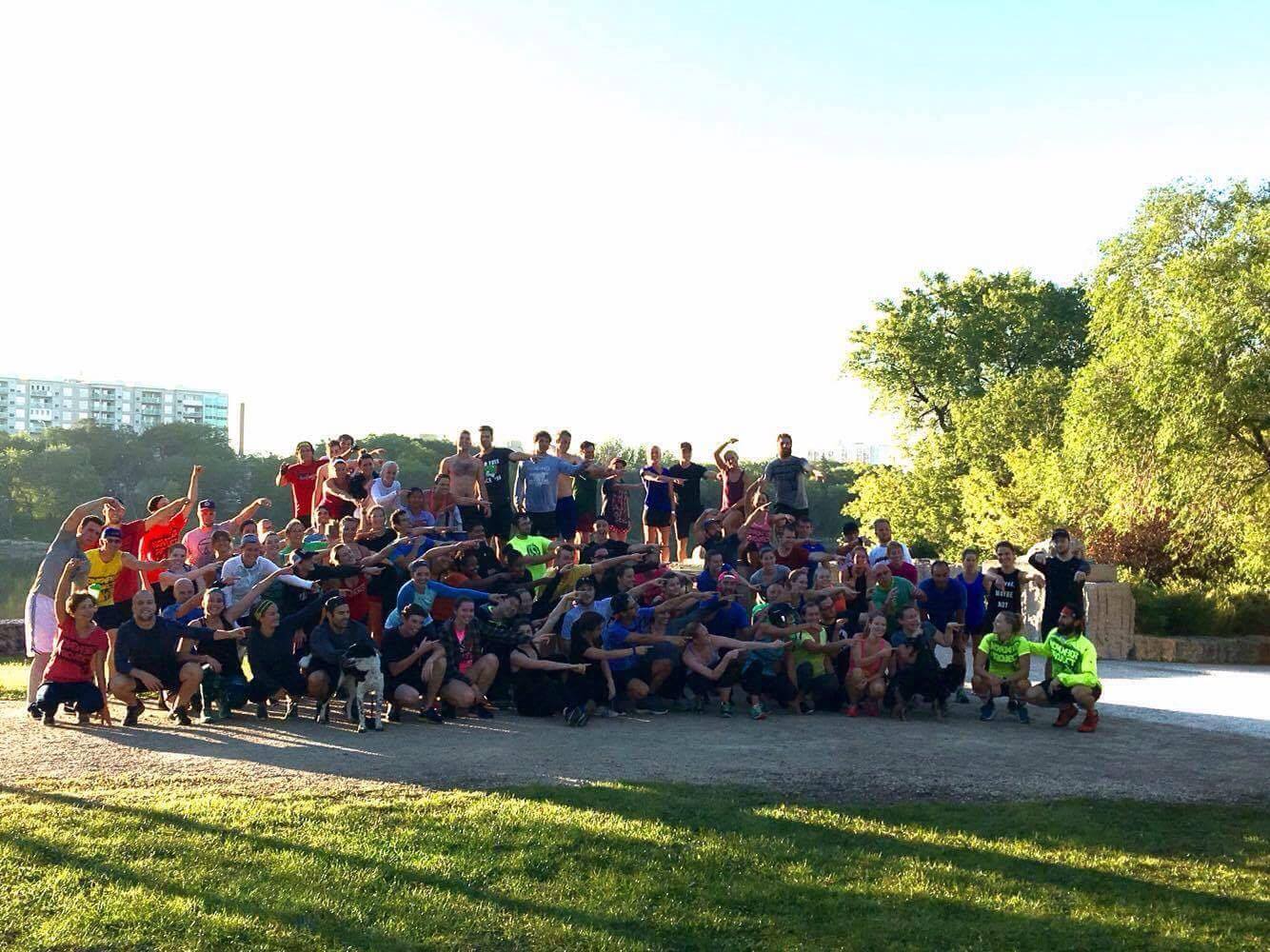 THANK YOU to all of you who showed up this morning to give a few guest leaders a go at running this crazy thing we call November Project! And thank you to my co-leader Jamie and his sidekick Cece for being awesome (#dogsofnp #beardsofnp).

Our leaders may be off adventuring, but I’d say we held down the fort this morning despite about a bazillion bug bites.

You all worked your butts off! We did hill sprints, time trial x2, an Olympic circuit complete with boxing, swimming, volleyball, and fencing and an EPIC hurdles / plank relay race.

In the first hand off of the Shaybooyah award Christina Hunt was the deserving recipient! She was leading the pack before with a huge smile and huge knee brace and now that she’s on the mend post surgery she’ll be unstoppable! Thanks for showing up and being fierce and fast every week Christina.

Next week we will be returning to your regular programming with our boys Rick, Tom and Derek. Now go watch some Olympics and get inspired to #raceeverything