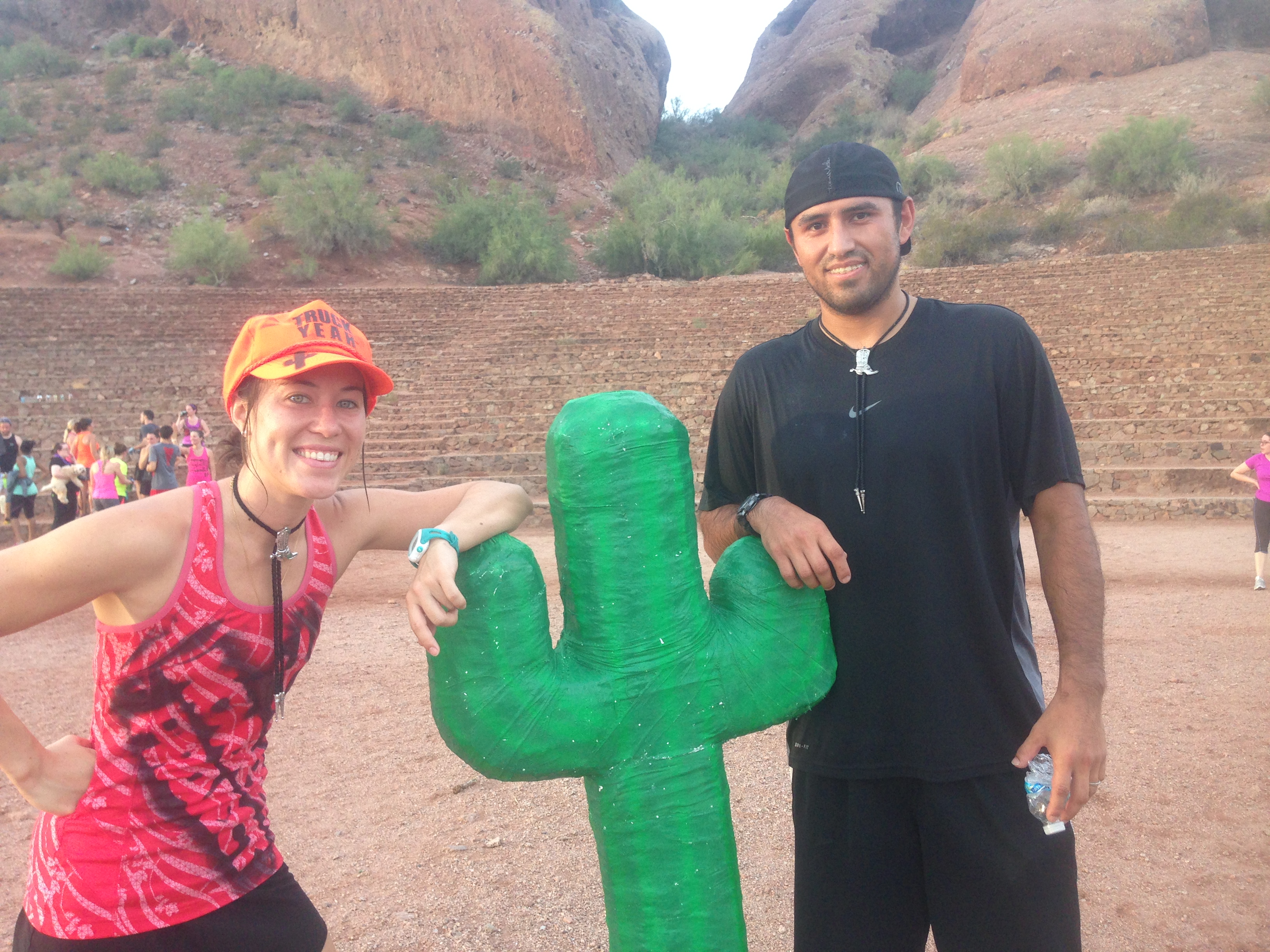 So there I was on Monday evening running along with a group of my training partners underneath a beautifully clear sky without a care in the world when all of a sudden out of freaking nowhere a major Monsoon storm rolls up. Sure it was beautiful at first with the clouds creating a stunning sunset, but then… SHIT GOT REAL. We don’t like to do things half ass in Arizona and the Monsoon rain always follows suit, because when it rains in Arizona in doesn’t just sprinkle it pours.

Per usual for the monsoon season the rain was coming down sideways and the wind was blowing down power lines and trees all over the valley. There was so much rain on Monday that we had a little flash flood action moving and shaking all the dirt and rocks in the wake. Unfortunately, our beloved Papago Park Amphitheater, which is built of rock and dirt and nestled into the Mountain, did not escape the storm’s wrath. When we rolled up this morning, there were trees and branches strewn across the steps and there was the remnants of an obvious river that had formed and run through the middle section of the stairs making it a bit more difficult to manage. I was worried it would slow down our second ever “Pony Express” PR workout times.

While I was busy worrying about that, several FEMALE members of our tribe had made their way to the top of the stairs and were literally moving the fucking trees off the stairs. These ladies were LIFTING TREES so the rest of the tribe could dominate their PR times from last month while ALL of the dudes in the tribe watched this go down.  It was clear that running around trees, branches, and debris was not in the cards for these ladies as they had planned to PR today and nothing was going to get in their way. And nothing did.

The tribe ran their little hearts out and when they were all done they smiled for their yearbook photos and cheered on the rest of the tribe.

With Angelo and Erin away this week, we got to award two new PR champs, Maria and Manny, who were looking fly in their sweet new bolo ties.

We also got to award John as the first-ever recipient  of the “CRUSHING IT” award for his solid performance on the stairs today AND for being the best cheerleader on the whole squad today. It will be up to John to choose who he thinks crushes it next week to hand over the award to.