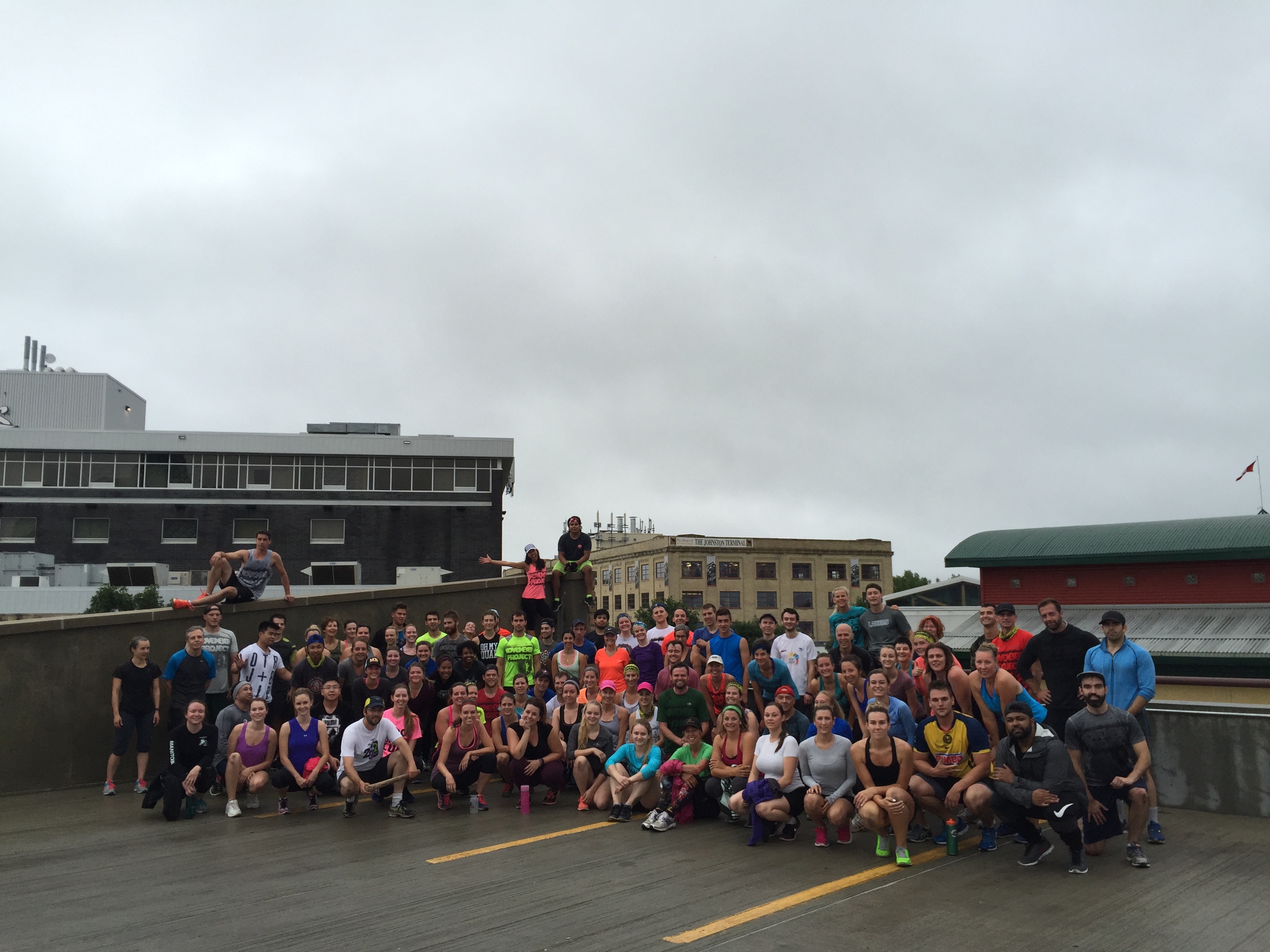 Let’s get something straight. Working out in the rain is not fun.  Not a single one of us does that regularly (except Junel, dude is crazy), or would ever have really considered it before NP.  When I woke up yesterday morning (yesterday, I know, blog is late, but it’s a good one I promise) it was pouring rain outside.  The sound of the rain was really nice in my comfy bed – that is until I realized I had to get up and work out in it.  I actually thought we would be a fraction of our usual group – Winnipeg is pretty good at cold, but rain?  That shit is different for sure, right?

Wrong. There was over 100 people at the workout yesterday who decided working out in the rain was in their best interest.  You know what?  They were fucking right.  We had a killer workout, got some great hugs, and the wetness didn’t even matter one bit.  Weatherproof isn’t just a hashtag – it’s a lifestyle.  And damnit you guys wear it well.

I’d also like to take 1 minute and say that you missed one helluva pop up last Friday at Garbage Hill.  There was 35 people that showed up and as those of you who have been around for a while know, the workout is so much harder with a smaller group.  It felt like that first time we were at Garbage Hill (almost exactly 2 years ago) doing our first pop up for the Lemons – we put in work, we were dying, and we were loving it.  I am probably going to be limping through my Summit race on Saturday because of a workout that happened more than a week ago.  And I’m loving it. We are going to be aiming for a lot more Friday pop ups throughout the summer so get your ass out of bed and come join us!

We have given Brad a lot of shit for his snowpants and jacket.  Truth is – dude is a legend and so are those snowpants.  Brad has been putting in work with us for a real long time now and he’s always got a big smile, a big hug, and damnit that jacket is warm.  Thanks for bringing the heat, Brad!

I am writing this on the plane to Summit.  The stoke is really high, and we are wearing matching suits.  It doesn’t get much better than that.  Have a great weekend everyone – but understand that yours simply is not going to be as good as ours (unless you are one of the 8 Winnipegers who are fucking rocking it at Summit with us – thats right Jamie you are a Winnipeger now).  Watch social media, get a bunch of FOMO, and then join us at Summit next year – it’s a game changer.