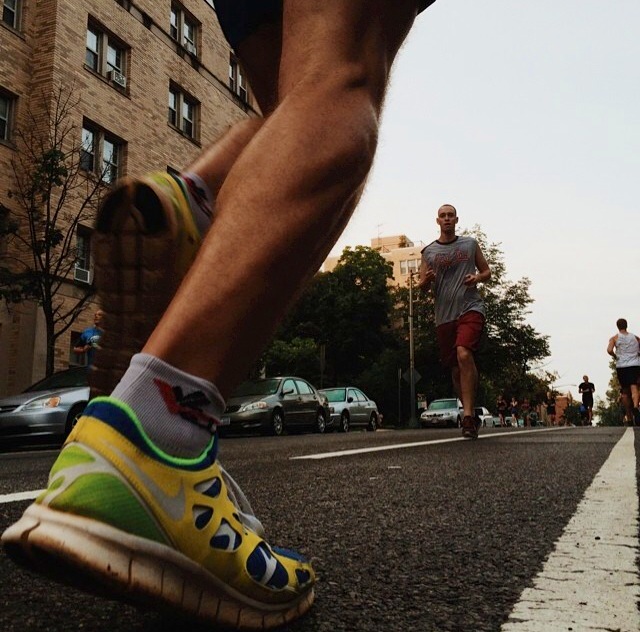 The jury is still out on whether this whole free fitness with hugs and positivity thing is actually working. Just because November Project (from four cities) shows up to a race and dominates it (podium sweep and 7 of the top 10) doesn’t mean this thing is real. Just because #NP_DC gets 100+ people to show up on a Monday morning (6:30am to be exact) doesn’t mean we’re influential. Just because we’re in 17 cities in North America doesn’t mean we’re moving mountains. I’m tempted to just give up now. Why would I ever want to hang out with a ton of cool people? They want to hug me? Multiple times? For longer than 2 seconds? Forget this.

Ok, so if you didn’t catch it, that was all sarcasm. But just because we’re doing awesome things, doesn’t mean you should back down. Keep stopping that jogger on the street, that person you meet on the metro, that coworker that needs something new. Get that real human interaction going. People are not made to plug into a machine and ignore the world around them. Tell them about NP. If you can move, you’re an athlete, a racer, a force to be reckoned with. They are too. This is for ALL AGES, ALL LEVELS, and ALL LOVE. Recruit in your city, in other cities, in other countries. WORLD TAKEOVER IS HAPPENING. Right in your backyard (or on your sidewalk if you don’t have a backyard).

1. #MUGSHOTS album will be dropping 50 photos a day until our race this Saturday, which leads us to…

3. SPREAD SOME LOVE. MAKE SOMEONE SMILE AT LEAST ONCE A DAY.