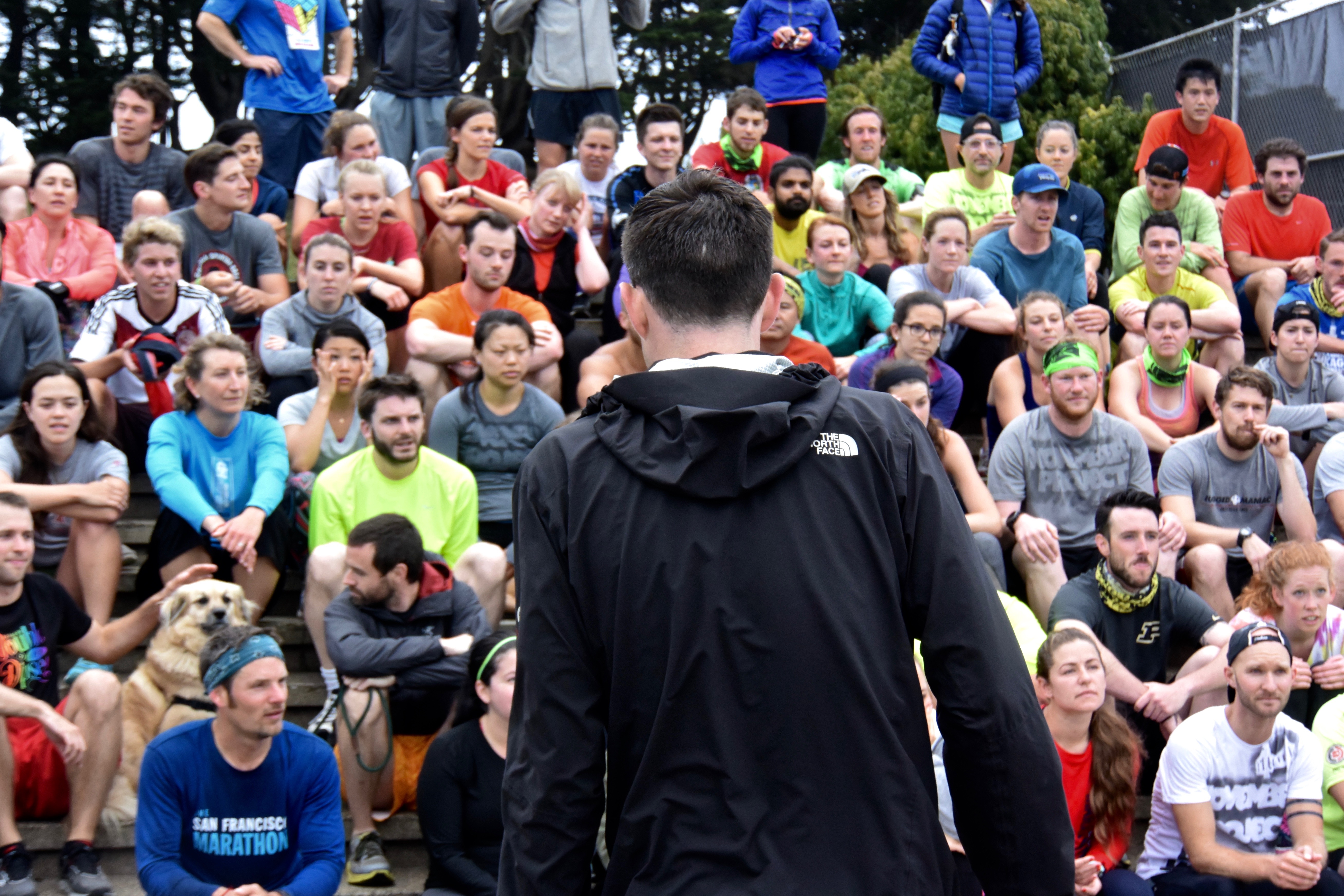 …which is a totally weird and bizarre thing to say out loud. It’s been 2 years, 9 months, and roughly 250 workouts — and while at least 20 of those were just me and Ali Fauci running hills at 5:30am, that’s still a hell of a lot of free fitness, and something that I’m really proud to say I was part of creating.

About three years ago (yep, here comes the flashback) I was sitting in my boss’s office in New York when he confirmed for me that they’d like to keep me on as an Associate. My firm has a fairly rigid term structure at the junior ranks; once your 2 years as an analyst are up, you either get promoted, or you get out. It sounds a bit harsh, but a lot of financial firms are structured that way, and if nothing else it allows for open communication between junior folks and superiors about next steps and expectations (or at least that’s what HR tells me). In the summer of 2013, my boss and I were having one of those very conversations, when all at once I had to think through whether or not I wanted to sit at the same desk, with the same job, the same people, and a slightly different title for another three years, which felt like an eternity to 24-year-old me. I barely remember thinking through the decision in that moment, or weighing any pros or cons, I just remember blurting out “Do they need an Associate in San Francisco?”

It turns out they did, and before the end of summer I was scouring Craigslist for an apartment in SF. I’ve thought back on that decision a lot, and how much of a gamble it was in retrospect. I hadn’t spent more than 48 hours in San Francisco in my life and I couldn’t name a single person living there off the top of my head — but despite not knowing if San Francisco would be right for me, somehow I knew New York was not.

Over the months that followed, I’d given any number of different answers when asked “So why the move?” Sometimes it was “I just wanted to try something new”, other times I’d say “It was a career decision”, but it took several months before the real reason settled in. Predictably, it crystalized for me bright and early on a Wednesday morning at November Project, probably during a Mitch Westwood hug, or after getting burned up a hill by Patches O’leary himself. In New York I was missing a family.

I took a gamble talking to my boss that day, and I hit the jackpot bigger than I ever could have imagined. Laura McCloskey and Brogan Graham, old track and tricycle buddies from Northeastern, had apparently been following my ridiculous social media posts (read: cries for attention), and once they got wind that I was heading west, I suddenly had a voicemail from a strange 617 number on my phone, asking if I would be interested in spreading this weird cult across the country. (Ok, it wasn’t quite so seamless, but you get the picture.) I knew when I touched down in San Francisco that I was about to jump into something ridiculous, and strange, and amazing, and terrifying, but I didn’t know that I would be gaining 100 friends on my first day, and 10,000 more over the coming years — I didn’t know I’d be gaining a family.

November Project has taught me many things, but one lesson that comes to mind today is ‘you’re more than what you do.’ As hard as I’ve driven myself in the finance world, I’ve always struggled with whether or not what I do day in and day out has a positive, negative, or even neutral impact on the world. I don’t think I realized how important that was to me until after I got out of school and I began to think through what a long life of managing money for the uber wealthy would look like. This conflicted with the side of me that absolutely loved the numbers, loved the analysis, the debates, and the thought experiments that go along with making investment decisions. Without even realizing it, I fell into a side project 3 years ago that would grow into the best, most impactful thing I’ve done for my community, or maybe for anyone. I know that because if November Project has done for even one other person what it has done for me, then we’ve been successful. I think some of those tears I was holding back today (not so skillfully, I might add) was facing the fact that I might be losing that — but two things come to mind, (i) you’re more than what you do, you’re how you treat others. November Project is an amazing example of that, because 90% of the time you have no idea what the folks around you spend the rest of their time doing. You just show up, smile, hug, workout, and love, (ii) being a member of a community is as (if not more) important than leading one. You all are the reasons why this community has grown into the amazing support system that it is. You guys are the ones who have turned an early morning workout group into a family.

So 35 months later I’d just like to say THANK YOU all for being my family, my friends, my support system, my workout buddies and my teammates. Thank you for letting me design and lead you through ridiculous workouts. Thank you for allowing me to place you in blatantly sexual exercise positions with random strangers, and thank you for making San Francisco feel more like home than just about anywhere else I’ve lived (except for my actual home, mom, since I know you’re reading this).

THE GOOD NEWS is that I’m not going anywhere. Today was my last day as a leader of November Project San Francisco, which is a totally weird and bizarre thing to say out loud, but you will still find me at Alta Plaza park every Wednesday morning at 5:30am, running with my tribe.

Laura: Can’t thank you enough for pulling me into this, showing me the ropes, and then dealing with my ridiculous ideas, stubbornness, and desire to disagree with everything everyone says first until they convince me they’re right. You’re probably still going to have to deal with that unless you kick me off the Slack group… so, that should be fun. Thanks for putting up with me and making sure I had friends from the moment I landed in SF. Truly changed my life.

Paddy: You still owe me a Garmin watch, which I expect to receive shortly after you sign your first ultra marathon sponsorship deal. I will forever take credit for convincing you lacrosse is a silly silly sport and that running is 1,000x better. Proud to call you a friend, co-leader, co-ECSCA marathon relay champion.

Zip: Co-leading with you for the past 6 months has been a study in what can be accomplished with even a tiny bit of organization (something that Laura, Paddy and I lack all but entirely…along with upper body strength), evidenced the most by the planning and execution of our Show & Tell event that will go down tonight, which absolutely wouldn’t be happening if you didn’t take the reins. You were an easy choice for us as a co-leader because of the care, thoughtfulness, passion, and dedication with which you approach everything you do and are a part of. Can’t wait to see what more you bring to the tribe.

Sam: I miss you and think about you every day. I still can’t do a Sam-stand, but I plan to ask a couple people at the post-event happy hour tonight to hold my legs while I make an honest, tipsy attempt.

Kissie: I love you, thank you for listening to 1,000 different workout ideas, coming with me to almost every early gang workout for the last 6 months, and helping me think through this decision, and a million others you’ve listened to me whine about. Don’t know where I’d be without you.