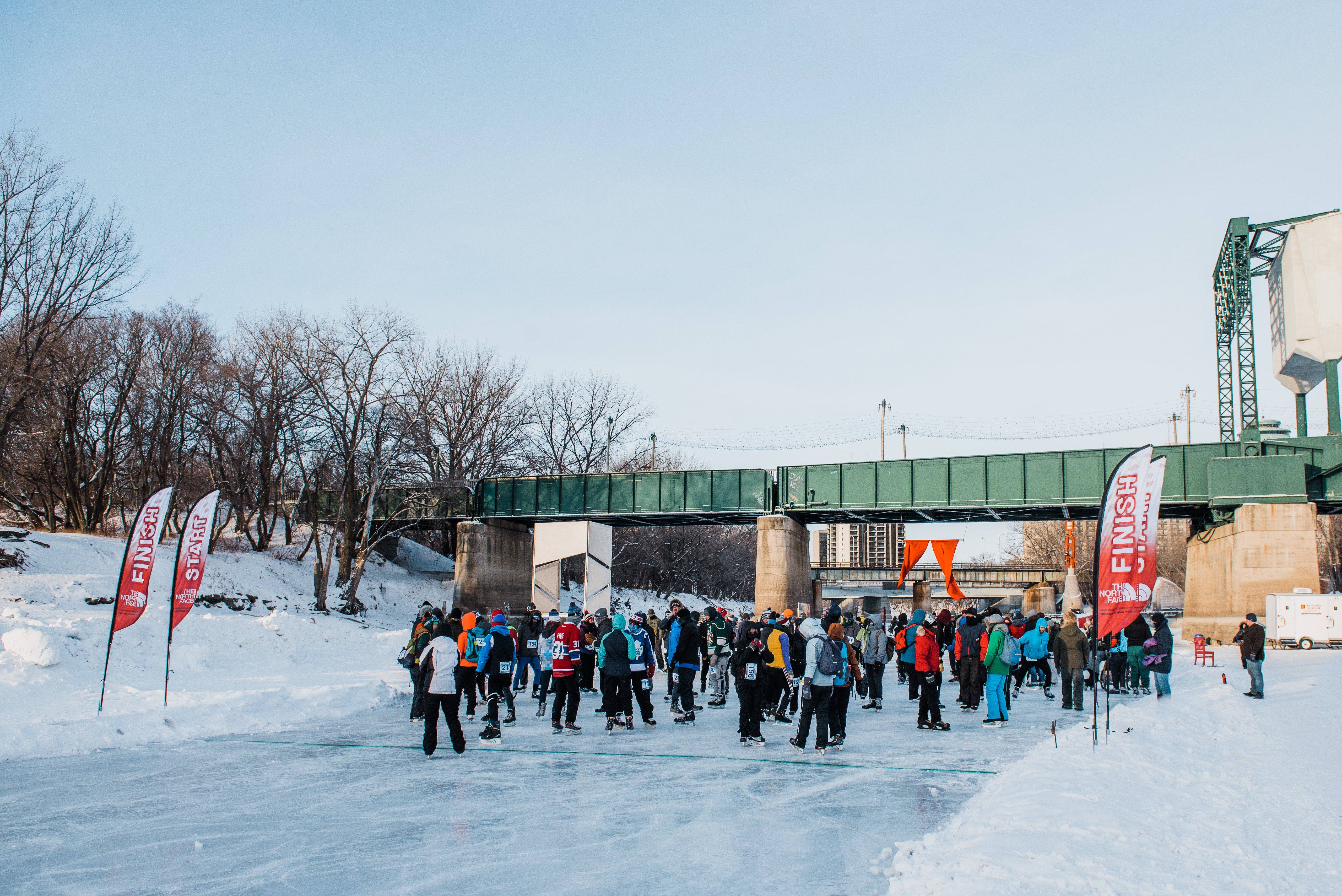 If you count Christmas Day, we’ve handed out the -31 badges four times so far this winter. The temperature at The Great Skate this weekend was probably one of the coldest days with a windchill of -37, so that could have counted as a fifth. We’ve had quite a few workouts that have been close, but have fallen just short of -31. Our first really cold workout was November 10th, when it was -25 with WC. It has been a long and cold winter.

It was great having the other leaders come visit our tribe and take part in The Great Skate. On top of getting to show them our tribe, The Forks, how we run our workouts and having them do the race, we also had a lot of time together to talk shop. They developed an appreciation for the temperatures we have to deal with for six months of the year, and that we still show up. Over the weekend, we had the chance to talk about what’s working in our respective cities, what hasn’t worked, and about the direction of the movement as a whole, as well the direction of our individual tribes.

The leaders that were in for the whole weekend have been leading for anywhere from four to five years, so they’ve seen the ebb and flow of it all, and the changes in the movement. They’ve mentored many of the leaders of the new tribes, and it was nice to be able to pick their brains. It was also cool to realize we are one of the older tribes now. Talking to them, we realized every northern city has been having it tough this winter. The polar vortex and cold temperatures have been hard on all of us, but fortunately, I think we are over the hump. Spring is coming, it may not seem like it right now, but to quote Harvey Dent from the Batman movie, the night is darkest just before the dawn. Today at the workout, my pushup partner (I didn’t see who it was under all the face masks and layers) excitedly exclaimed that there was light on the horizon! You could see a faint dawn glow starting to come up; the sun would soon be rising. It’s the first time that happened this winter; before you know it, we will be seeing that sunrise at every workout again.

The Great Skate this weekend was a great success. We will write up a blog about it later once we get all the pictures in, but I’ll touch quickly on it here. Planning for this event was extensive and it started at last year’s great skate. Getting the quality videography and the photography that we did helped us hype it up for this year. It also put the pressure on us to deliver another quality event (which is a good thing). Then in late November, early December, we started to put in the legwork; picking the date, coordinating with all the businesses involved, getting prizes, the list goes on. There were aspects that went smoother this year, there were also parts of it that I don’t think were as good as last year, but I’m my own toughest critic.

Here’s what the other leaders are saying about Winnipeg: Frozen Can’t Stop Us

Sunday evening, Megan and I were pretty wrecked from the weekend’s activities. We both had frost bite on different parts of our bodies, and we were physically and mentally exhausted. So when we planned the workout for today, we knew our energy would be down a bit. We decided to get a few of the tribe members to help run the workout today, but I don’t think we did the best job of describing the workout to them. We’d like to thank Brian, Colin and Evan for helping us out. I think in the future, the solution is to have the helpers as part of the planning process.

Next week, we will bring the fire. Winter will be over before we know it, and it’s important not to take the foot off the gas now. Two summers ago, after Summit 4.0 at Blue Mountain, we had made the decision to have some collective goals the tribe could work towards- Community goals, Social events, and Fitness goals. We will start brain storming for what we can do with giving back to the community, what our next social event can be, and what our collective fitness goals can be. If you have any ideas, shoot them our way! I think there is a large contingency of people heading to the Fargo Marathon, and there is a small contingency heading out to do the Floppet at Falcon. I would also like to suggest a big turn out for the Manitoba Marathon, which is having its 40th anniversary this year.

NP Winnipeg, you’ve been great this winter, and we are proud of you. You made us look good as leaders this weekend, and you showed them what Winnipeg is made of. In the words of Paddy O’Leary, you’re a hearty bunch. 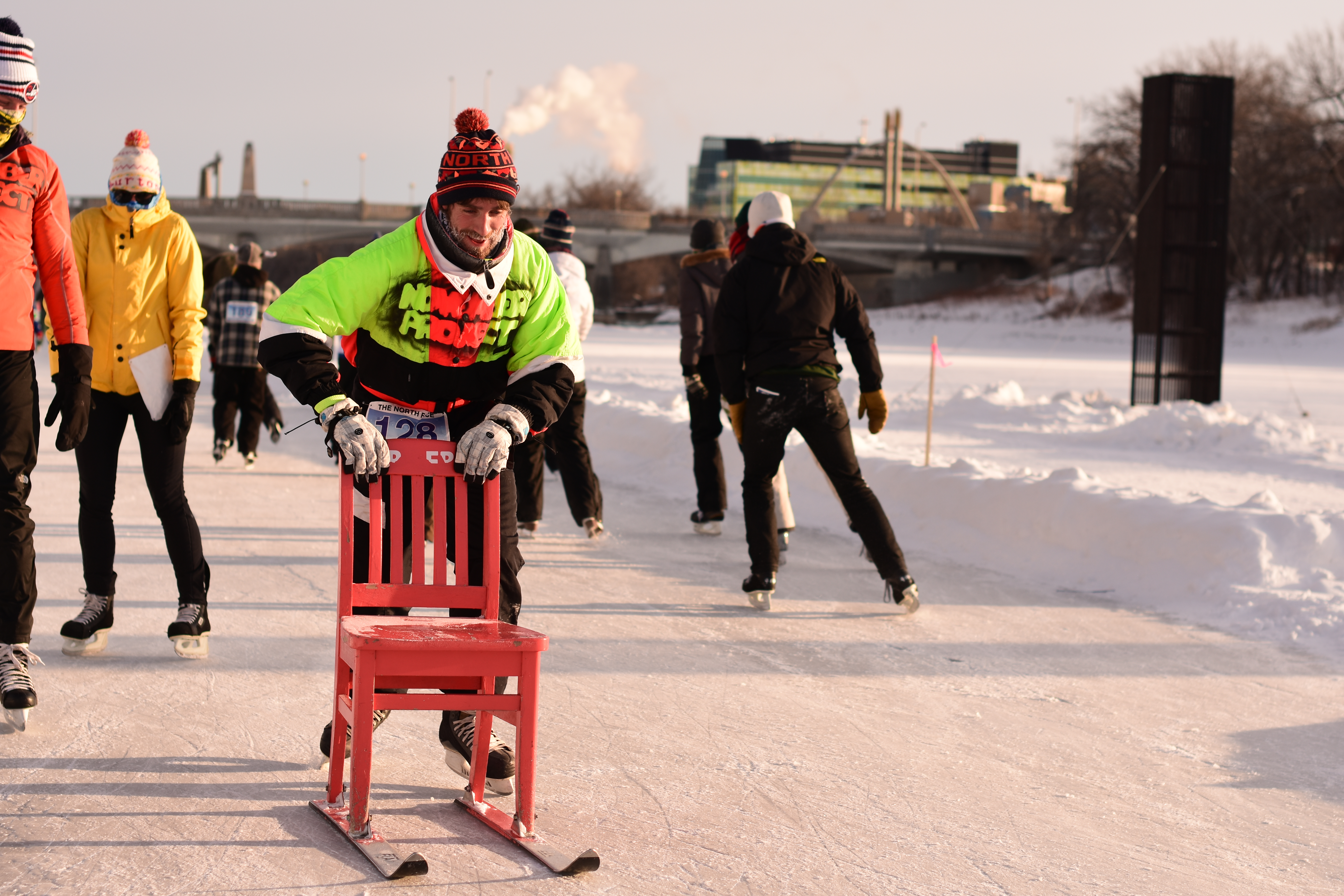