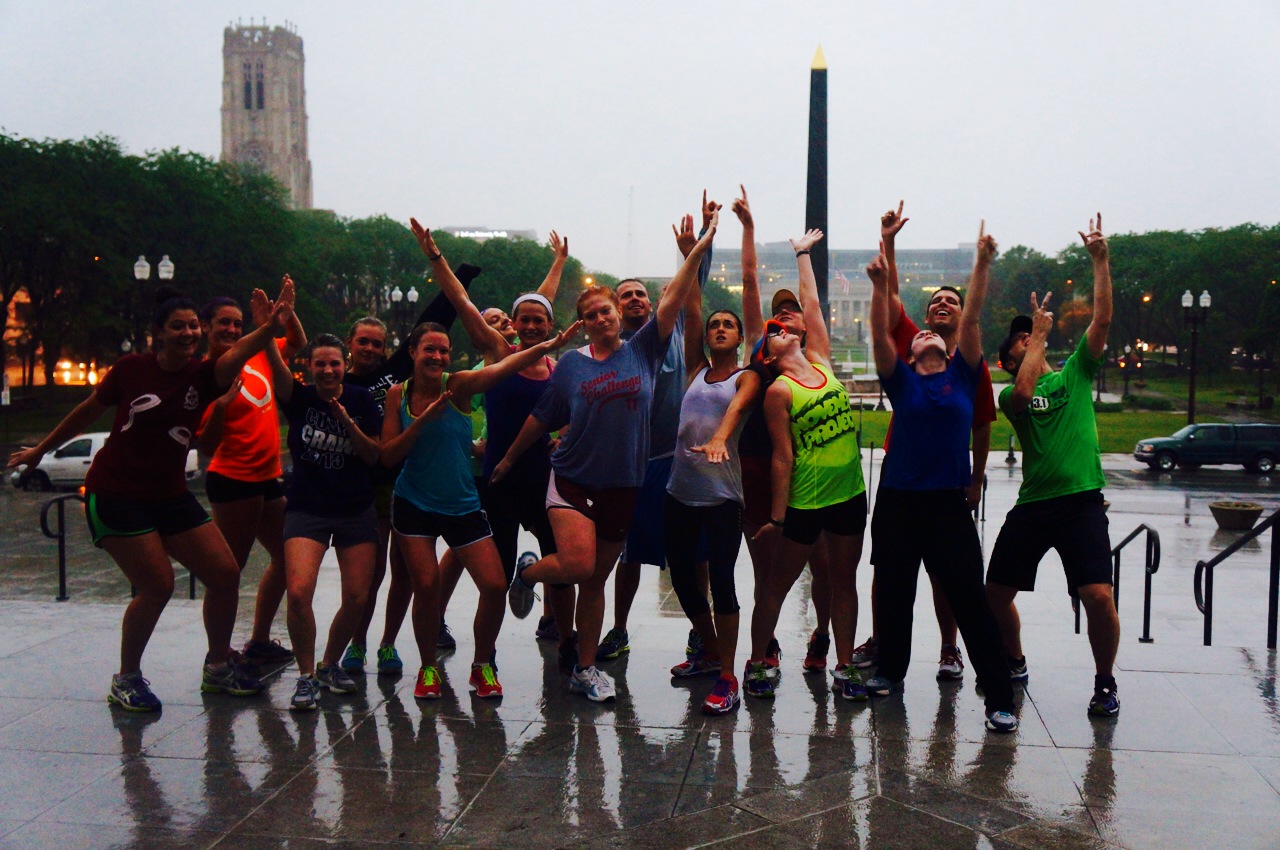 Wow. Just, f***ing wow. The tribe was hungry this morning. No, not just hungry. They woke up ravenous. They looked at the weather radar and said, “Honey Badger don’t care.” They didn’t stay in bed and slumber through the torrential rains, thunder and lightning that blanketed Indy this morning. No… As the Leadership, who will henceforth be known as The Safety Officer and The Reckless One discussed options due to dangerous lightning (we do run #UpAndOver a building, for the record), the tribe descended upon us like moths to a flame. Clearly cancelling was a not an option. We briefly entertained the idea of a sheltered workout under an overhang at The Federal Building. Just as The Safety Officer and The Reckless One had developed Plan B, a security guard approached and informed us that only walking and standing was allowed in that area—it is The Federal Building after all. Despite The Safety Officer’s impressive negotiating with the security guard, we were forced to vote: a weak showing in favor of #TomorrowNotToday, and a unanimous majority in favor of running stairs in the torrential downpour and risk getting hit by lightning. #NotTomorrowToday! The Safely Officer cringed and The Reckless One and the majority of the tribe beamed with delight. #FuckYeah!

No Music Mullet. No fancy camera snappin’ pics of your bodacious bod. Just hardcore #weatherproof tribe members busting ass #UpAndOver. And—bonus, no tribe members were hit by lightning in the making of this workout. Whew—that’s always good! The Reckless One admittedly likes extreme weather workouts, saying “They are the most memorable.” And provide great stories, “Hey—remember that time…” Meanwhile, The Safety Officer is securing a backup lightning location. Thanks for the memories today tribe. Super proud of you!