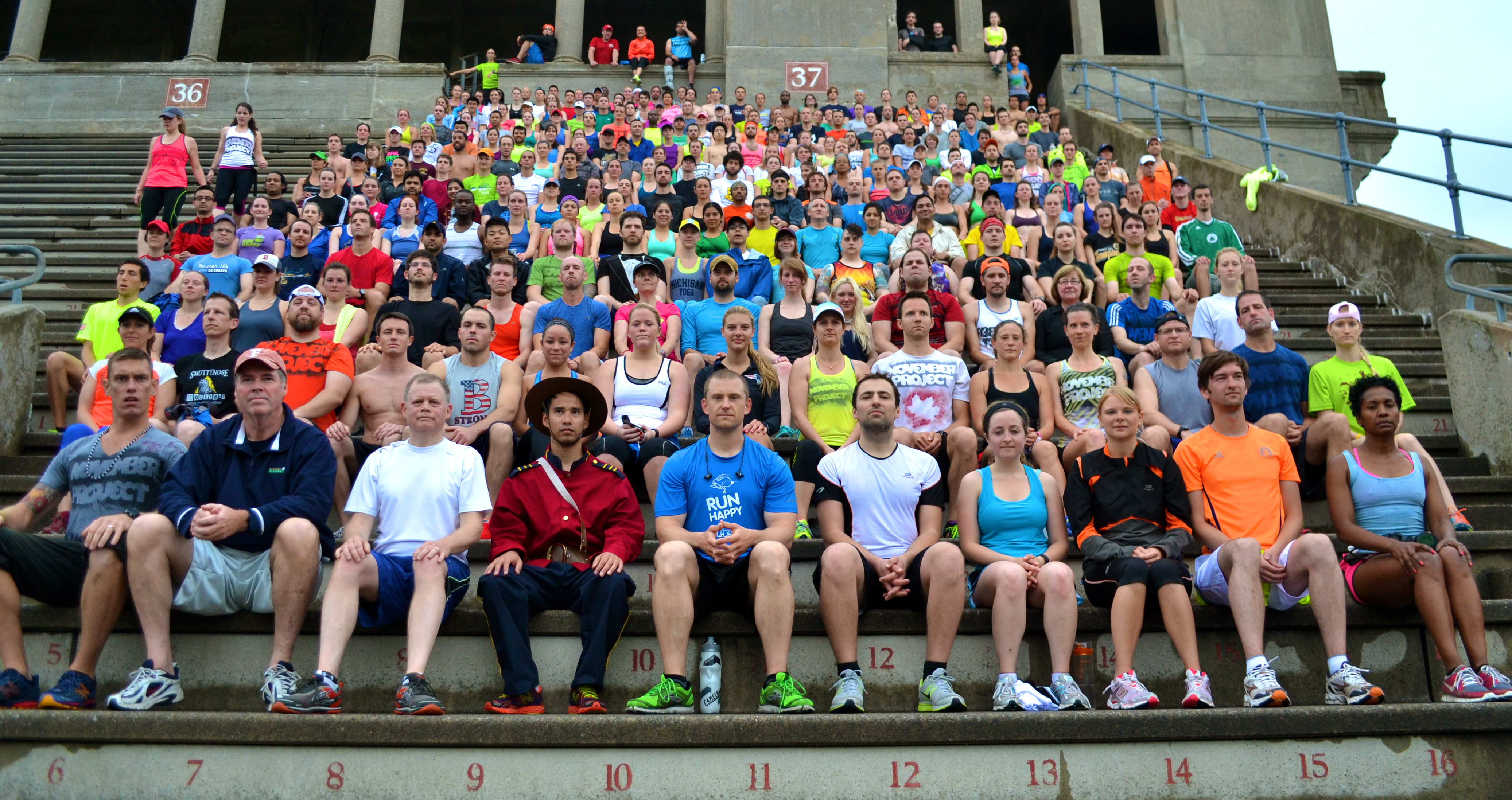 BG is back from Mexico and he decided to bring the rain back with him. What a jerk! But I guess we wont give him too much shit as this morning he set his own personal record and the fastest time that anyone ever ran a #FrogMan1. 28:02 is legit time. I guess he went on few runs on his honeymoon. Or just caught up on some sleeping time. In either case, it’s good to have him back!

We were excited to see the co-leader of our fourth and the only Canadian tribe, Nadim.

Folks in Edmonton are looking to add some stadium running to their repertoire and Nadim was trying to figure out the lingo to maintain the consistency across the tribes. We tried to explain the story behind #FrogMan1, #RobotMan3, or #FireDrill, but he wasn’t too impressed. Maybe few things got lost in translation. Or he just doesn’t think that we’re funny. I think it’s the translation. It’s definitely the translation. Speaking Canadian or Swahili is pretty much the same thing. There is no way that he doesn’t think we’re funny. Everyone thinks that we’re funny. Right? Right!? RIGHT!?…

One Reply to “New Fastest Time for #FrogMan1 (BOS)”