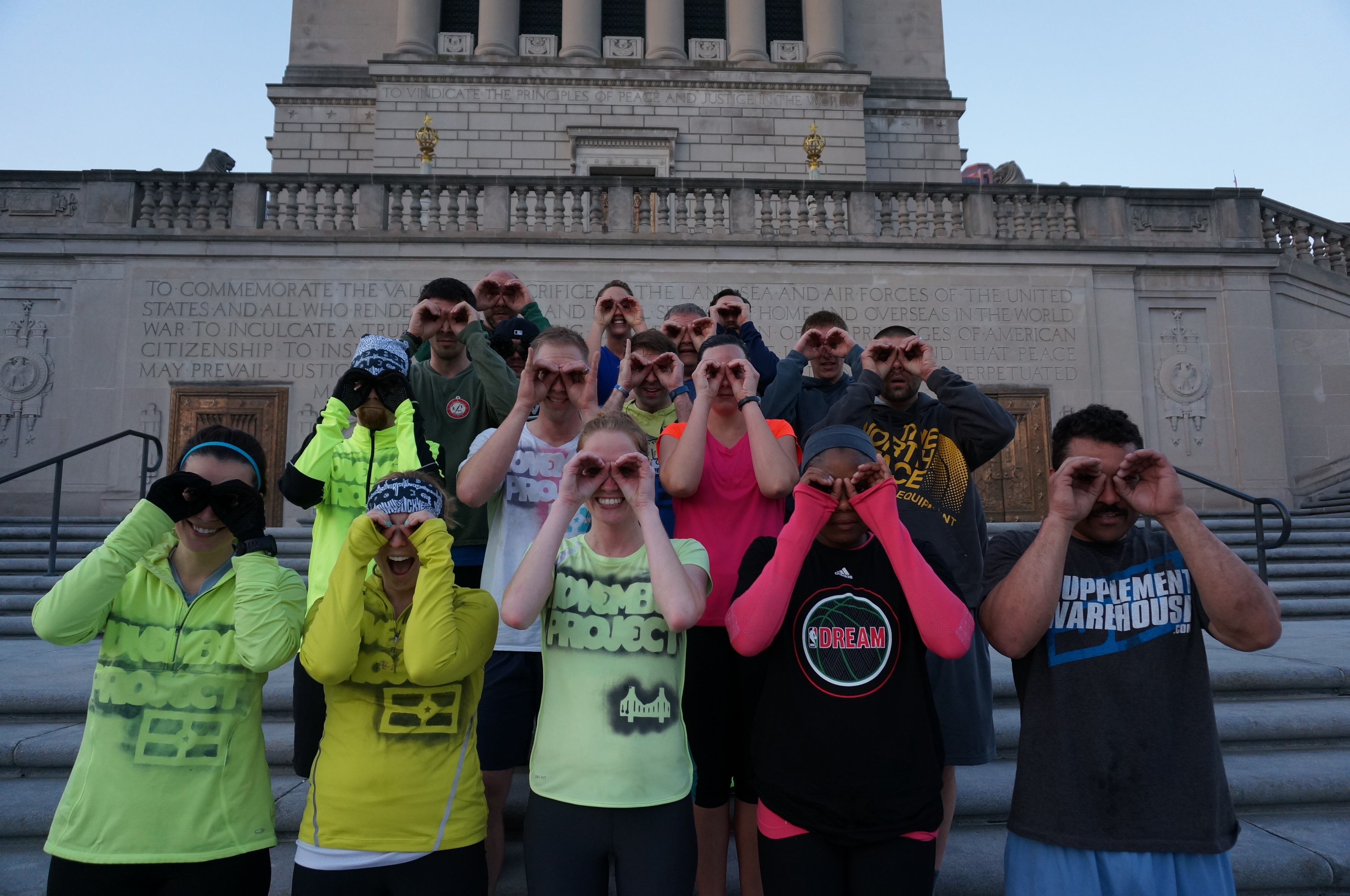 Indy is known for the Indianapolis 500. Indy is also known for the Mini Marathon. With over 30,000 runners, it’s the largest mini marathon in the country. Some runners have great distain for the term “Mini Marathon” in favor of “Half Marathon”. Why is it called a “Mini”, anyway? Running history lesson: In 1972, the first women’s only road race in the United States was the Crazylegs Mini Marathon. It was designed to be a full marathon, but race organizers could count the number of women who could complete the distance on one hand, and so the distance was shortened, to six miles. The participants were asked to hike up their skirts to show some leg for pre-race photo hype. They politely declined. The term “Mini” represents how far women’s running has come. “Mini” holds a special meaning if you live in Indy.

This Saturday, November Project Indy partners with Jonnie’s Goodguys to run the Mini Marathon in honor of Jonathan Miller, a husband, father, son, brother, uncle and friend whom we lost to an undiagnosed aortic aneurysm in 2005. Even though Jon wasn’t an avid runner, he had signed up to participate in the Indianapolis Mini Marathon with his wife that following spring. The race holds special sentiment for them since he had proposed to her at the finish line in 2002. Shortly after Jon’s passing, friends and family decided to run the Mini so Jon’s widow wouldn’t have to do it alone. They ran. They honored Jon. And a tradition was born.

Lace up. Kiss the bricks. Look for the #NP_IND Cheer Station near mile 9. Hug it out. #RaceEverything and #DoGoodStuff.