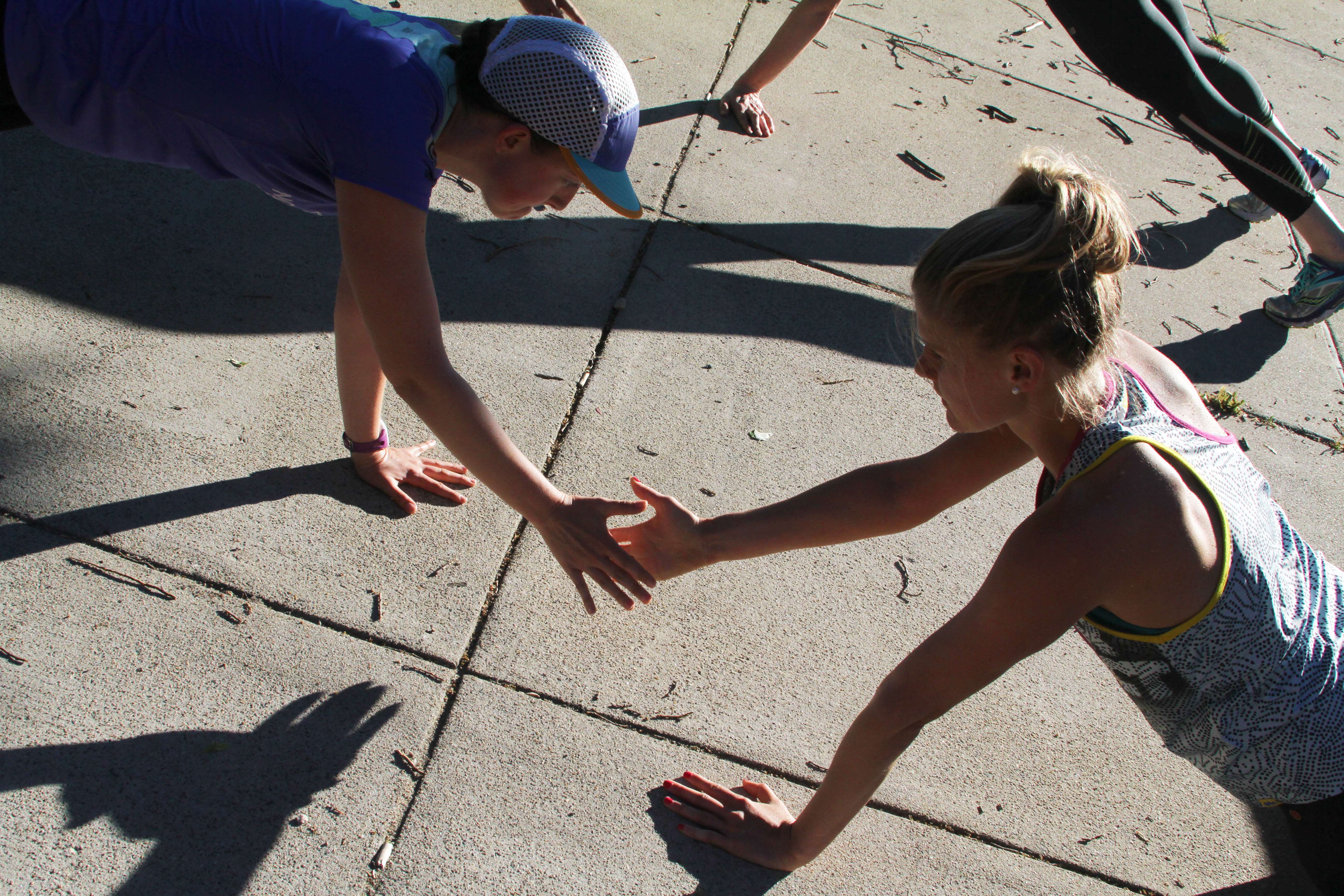 Welcome to the historic North End of Boston, Massachusetts in the grand ole’ US of A.

We had little expectation showing up to this sunlight filtered plaza looking across the  Boston Harbor.  But turns out this place was an absolute dynamite.  Throw everything that NP loves into one spot and this one couldn’t be better.  Uneven brick and cobblestone sidewalks for sprinting (smart), concrete stairs for racing (even smarter), back-chewing concrete for grinding our booties (now we’re just being assholes) and Italian residents for spectating the chaos… yup THIS is absolute perfection.

While the lads and ladies of Boston’s Italian Borough were snuggled in bed dreaming of spaghetti sauces, sausages and life on the vineyard, the tenacious folks of NP were snuggling on the pavement, doing…you guessed it — Snuggly Leg Lifts.

Well some of the locals didn’t find our workouts quite as snuggly as we did.  Let me introduce you to a few of our friendly North End Faces this morning.

First we had our boy Mario.  Mario is a cool legit dude and will always be a cool legit dude in my book.  This Mario doesn’t have a mustache and is much taller than 2 foot 3 inches tall, but he does have a heart about that big. When Mario saw Payne, Pritto (a drunken nickname you call Britto, it’s some sort of mix between Payne and Britto) and I roll up to the destination deck on four wheels*, his first words were: “You guys are gunna get towed.” Our first words were: “OHHH let me tell you about this awesome FREE, positive workout that’s going on just up there on that cliff…” You guys know the rest of the (recruiting) story and well, for the first time in NP history that shit actually worked! “We’ll work around you guys.”  That deserves a big old FUCK YES to start the week.

Our next friend was Ginny.  Ginny was not having any of our energy this morning.  That alleyway we ran up was her “private driveway”- yes Fiats now have the ability to drive up stairs! Mind Blown.

Ginny 1  Capoze 0.  This spot is too cool not to come back so…we’ll be back. Ginny, this is not goodbye.

My favorite of all the North End Faces was Rocky.

Now you’re probably confused by this.  We’re not talking about the Philly-based, star-to-fame, legendary fist thrower.  No, we’re talking about Boston’s own drunk-at-7am “Who-stole-my-socks?” Rocky.

Rocky always loves to make entrances and this morning he didn’t let us down.  Rocky’s foot must have gotten stuck on some remaining molasses which caused him to dive head first into a somersault down the stairs.

When he stood up he looked around and asked, “What is this…..is this the NOVEMBER PROJECT?”

Rocky then proceeds to take off his only remaining sock, tears his shirt and drop into a plank.

“I’m a stronger athlete than you all,” said Rocky with the his Frangelica-laden breath.

Now Rocky had just had gotten back from getting his swell on doing Snuggley Keg lifts.  So he looked pretty good, but was no match for our primed Dana Bogan. Maybe we’ll see Rocky again at another workout…that is if he remembers us when he wakes up in the next few hours.

Oh shit, that’s right we also got in a pretty rad workout:

We got into partners and then partnered with other partners making what we’re calling a quad.

One set of partners raced each other around the park. One went left, the other went right.  First person back to their stationary partner wins. The ‘resting’ duo started with partner push-ups for round I then switched to Snuggly Leg Lifts for round II.

This morning was fun.  Thanks for #justshowingup. RECRUIT. Bring your friends next Monday, or this Wednesday and Friday.  Just to be safe – better bring them to every day now until forever.

On Wednesday we’re submitting our entry to the Running Man Video Competition. Some of the other tribes stepped up, but we’ve got a Dooster, we’ve got a Mr. Goergen, we’ve got a choreography from none other than Rosa and Claudia, and finally we’ve got a stadium full of a few hundred crazies.  I have no doubt we’ll blow this out of the water.  Here are your full instructions if you wanna join in on the fun:

Please wear either a red, orange, yellow, green, blue or purple TAGGED shirt!! Plan on staying for at least 30 minutes after the workout. You don’t have to be a perfect dancer! No really! #justshowup and we’ll teach you some very, very easy choreography to dance along to the song “My Boo” by Ghost Town DJ’s. Be ready to have fun and dance, dance, dance!

That’s a pretty big announcement.  I’ll let you process this long ass post, rest up, and I’ll see all your flaccid arms and scabby asses on Wednesday!

*Yes we drove to this morning’s workout.  DO NOT DO THIS.  Do as we say not as we do.  We’ll be back at it shortly…consider this your time to catch up to us because when we get back we’re coming back HOT.