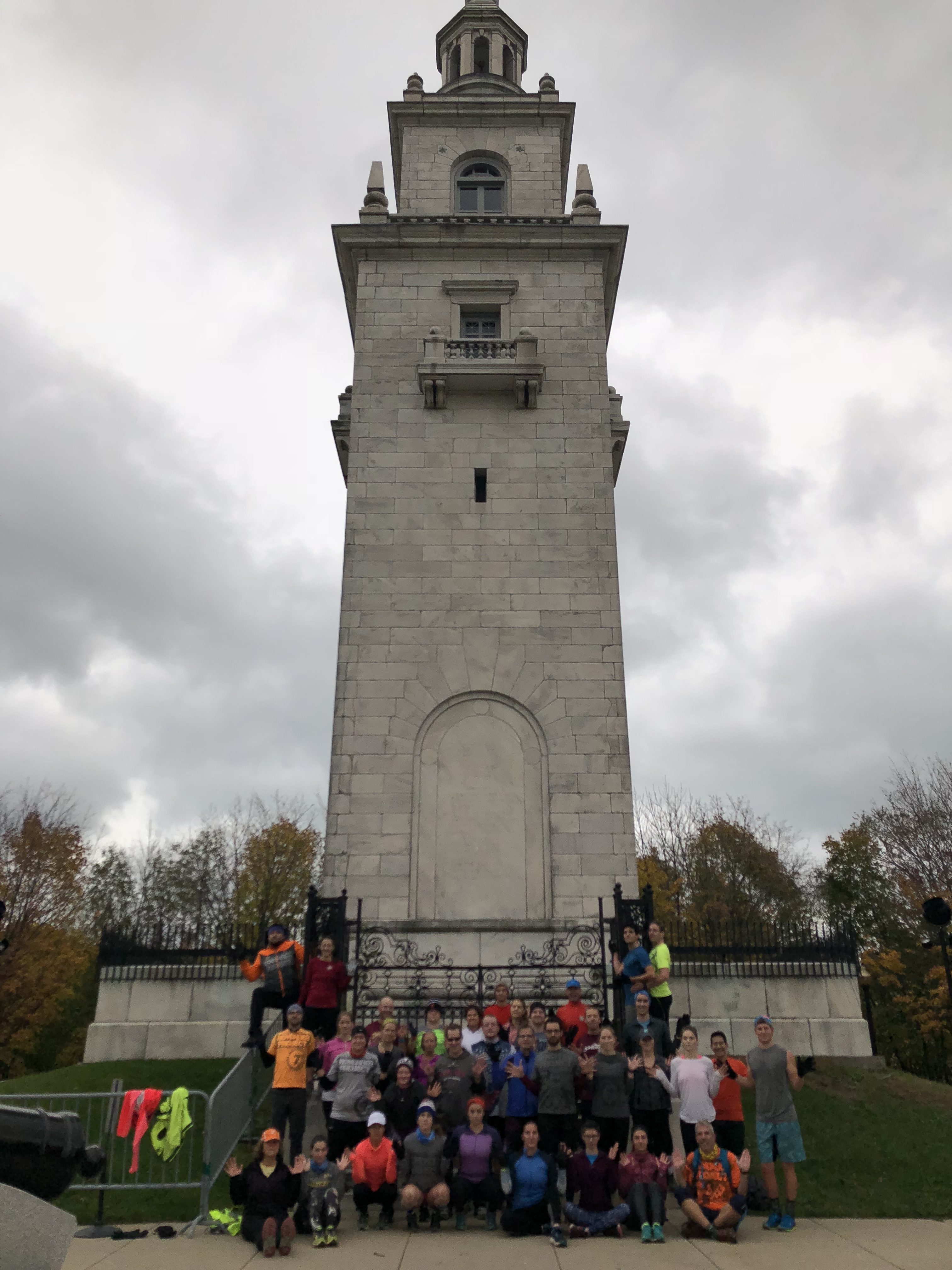 You know how many decisions each of us make every single day?  Hundreds.  Maybe even thousands.  But most of the time, all those decisions are tiny.  Teeeeny moments where we decide whether to have creamy or crunchy peanut butter.  Oatmeal or cereal for breakfast.  To shower first or check instagram first.  To take this parking spot or drive around the lot one more time looking for a closer one.  They’re all pretty little, mundane things, that don’t make that much of a difference.

But one of the most important things in life is realizing (and remembering) that the decisions that make the biggest differences are usually also little decisions.  We just don’t know when we make them what kind of big impact they’ll have on us or our lives.

I think about a time in my life when I was in graduate school, working three jobs at the same time, and fitness was barely something I remembered was a thing–because there wasn’t enough time to sleep, showering became a luxury (not a necessity), and fitness just seemed so far down the list of things that had to get done each day that it felt like it couldn’t get done.  But in the midst of the ridiculous amount of organization and careful time-management that had to get done in order to keep everything going, I realized that I had a decision to make.  I could see that I no longer had 1-2 hour blocks of time available to do real workouts, as I had during college and other times.  But I had these funny little 15 minutes here or there that weren’t technically being used for anything else, but that seemed impossible to use for anything fitness.  It just wasn’t enough time for a good workout or the shower that it would necessitate.

But I stopped calculating the rationale of whether it was enough time.  And I simply started seeing if there was a single 15 minute period in each day that I could use to get outside and run.  Running felt like my lone grasp on sanity during a pretty crazy time, and even if I wasn’t getting a “real” workout or going for an “actual” run, 15 minutes could be something.  With that decision, I started to use those 15 minutes each day for running–and rather than seeing them as “not enough,” they started to feel like a blissful reprieve from the busy-ness of everything else.  I was proud of those 15 minutes.  And those little decisions to use those little moments of my day for running started to change me for the better.

This morning at Dorchester Heights Park, a small crowd of human beings assembled for the NP workout at 6:30am.  They made a decision to get out of bed and get to the workout.  They made a little decision that might (very likely) have a positive impact on their day today, because they met new people, raced around the park, did stuff that made their bodies sweat and burn, laughed, hugged/high-fived, and generally started the day in a good way.  That decision might positively influence their week because today felt so good, why not make sure to hit the other NP workouts, and even use Tues/Thurs for movement, fitness, and/or community as well?

It’s the little things–the little decisions that often make the biggest differences.  So use this morning as a jumping off point for the week to take advantage of the little things.  Whether it’s inviting someone to join you for the workout next Monday (which is in Cambridge at 3rd St. & Rogers St.), starting a conversation with someone on the train or in an elevator, choosing to walk rather than take an Uber/Lyft, going to vote, or committing to one of the other NP workouts this week (go ahead…make a verbal!), the whole point is this: do little things that move you toward where you want to be.  The little things add up.

Be one of the people who add up to make an incredible tribe on Wednesday (workouts at 5:30am & 6:30am) at Harvard Stadium, and on Friday (6:30am) at Corey Hill Outlook Park, Brookline.  We will be there, rain or shine, no matter what.  It’s no little thing to us, when you #justshowup.

Keep changing the world.  Have a great Monday!