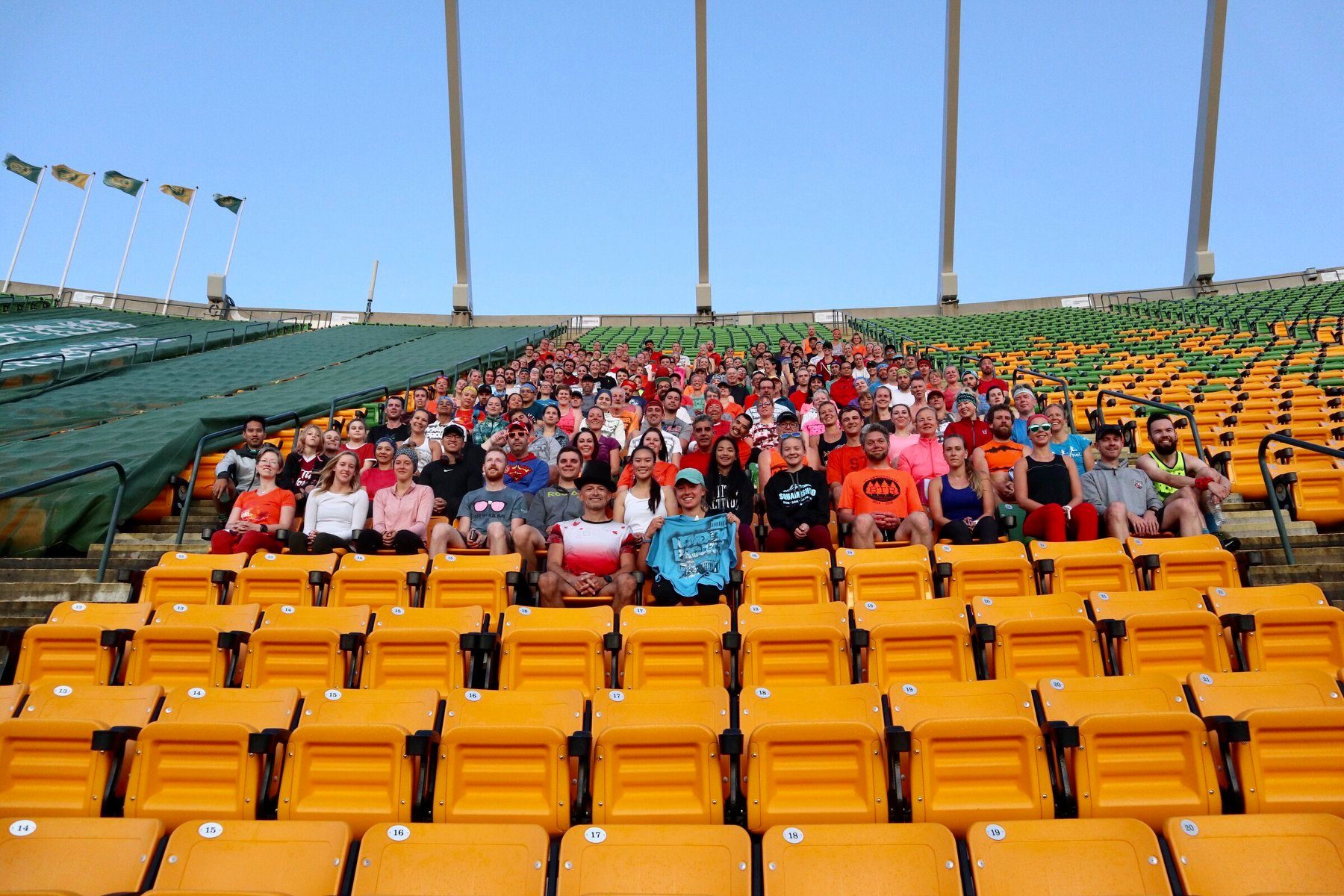 We had our third finisher of The Gristle this morning. But I can’t figure out what is more elusive: completing that beast of a challenge, or the finisher himself. Many have asked me who he is and where he came from. The truth is, we don’t know! The only thing we know about him is that he’s The Dark Knight. He’s like our Bigfoot. There have been many unconfirmed sightings, and trace evidence of his existence. I was there this morning. I watched it happen, and then I watched him get on his bike and ride off into the sunrise. Now that I think about it, did it really happen?

He’s the finisher NP Canada deserves, but he’s the one we need right now. So we’ll chase him, because he can take it. He’s a silent guardian, a watchful protector. A Dark Knight.

I don’t think I’ve ever seen such a close finish between the first and second Old 96er finishers. For the entire upper decks, Walter stayed a few steps behind Trent. He was close enough to have Trent’s sweat drip on him and far enough to not gain the advantage of drafting. I can’t imagine having to breathe in that air for 59 minutes. They both were crushing section after section. As it got closer to the finish, I got more and more excited, waiting for one of them to pull away. But neither did… until the last section. Walter made his move. I’m not sure where he found the energy, but he flew up that last section and took the lead. On the way down, Trent started to closing the gap. It was neck and neck. 59 minutes together, and it all came down to the last 20 steps. Walter pulled through in the closest finish I’ve ever witnessed. Well done!

In our 6 summers at the stadium, we’ve held the Old 96er multiple times each year. Each year, I’ve seen Tim attempt it. Multiple times, he has been within 1 section of finishing. Sometimes he was a few sections away. When I call time, I know Tim is always close, because I can always find him and see the heartbreak in him. But the great thing about it, is that he keeps showing up. We’re talking YEARS that he has been trying to do this. But still, Tim keeps showing up. He keeps going. He keeps working at it. Today, Tim finished, with less than 2 seconds on the clock. It was WILD! The goals you set out for yourself should be hard. You should be failing more goals than you should be achieving because that’s the sign that you’re striving to be your best self. And every time you don’t accomplish that goal, it’s a chance for you to keep working at it. Re-evaluate, plan, work, and try again. Because the second time, you might fail again, and the third time, and the fourth time. And trust me, it gets harder and harder to pick yourself up. The key is not to achieve the goal, but it is to keep picking yourself up and to keep working away at it.