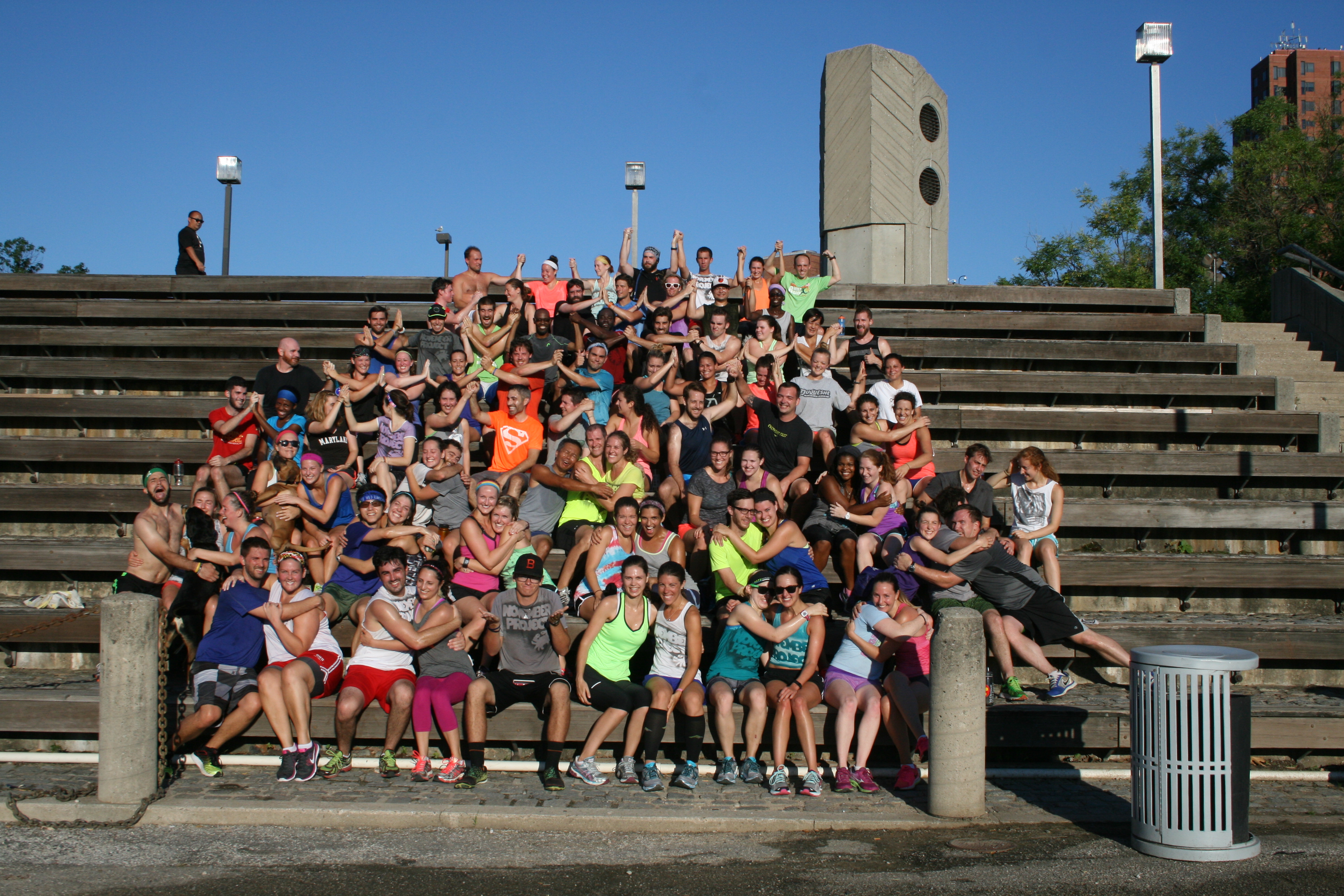 Congratulations everyone, you survived The Cheese Grater.

A  lot of people asked me why today’s workout was called the Cheese Grater. Some people speculated that it was because the workout was so “De-cheese-grading.” Some people thought that maybe it was because it shredded our legs. Others believe that a long, long time ago, the pagoda at Rash Field was actually the site of a cheese grater factory and this workout and it’s never ceasing running , stairs and burpees were in homage to the long hours Baltimoreans of yore put in at the cheese grater factory.

The truth is that no one knows why this workout is called the Cheese Grater. I didn’t name it, I swear. My workout names tend to be factual, to the point even…you know, things like ” stairs are fun,” or ” burpees are good for your soul.” But the Cheese Grater…well that doesn’t even hint at what might be behind it’s cloaked name.

And yet, years from now, when your grandchildren are tugging at your pant legs asking you to tell them a story, you’ll dreamily stare out over their tiny golden heads and recount that day you conquered the Cheese Grater. Today shall be the stuff of lore. Generations to come will talk about the Cheese Grater, speculating at it’s legendary difficulty. And when they do, you’ll smile, quietly to yourself and say “Yeah, I was there.”

Ok, maybe that was a little dramatic. Truth be told  the grater ( for short) is only difficult in principle. If you had to do that workout by yourself…well you’d probably quit after 20 minutes and go get a hoagie or something. Yeah, running continuous sprints and stairs is really tough,some of you might have run over 4 miles during that 40 minute workout.  But you got to do it with 75 other people that love waking up and making radical life moves just as much as you do. I think it’s a good idea to never take that for granted.

Vacation was awesome but getting back to this tribe is a good feeling. Thank you for showing up, working hard and showing The Grater who’s boss. And thank you for making waking up such a wonderful thing. Congrats to Gail Betz on winning the positivity award. She’s a real champion of positivity and just an all around wonderful person…you should definitely follow that running behemoth on Strava.

Now, lets make up stories about how this workout involved rings of fire.

As always, take big bites out of life.