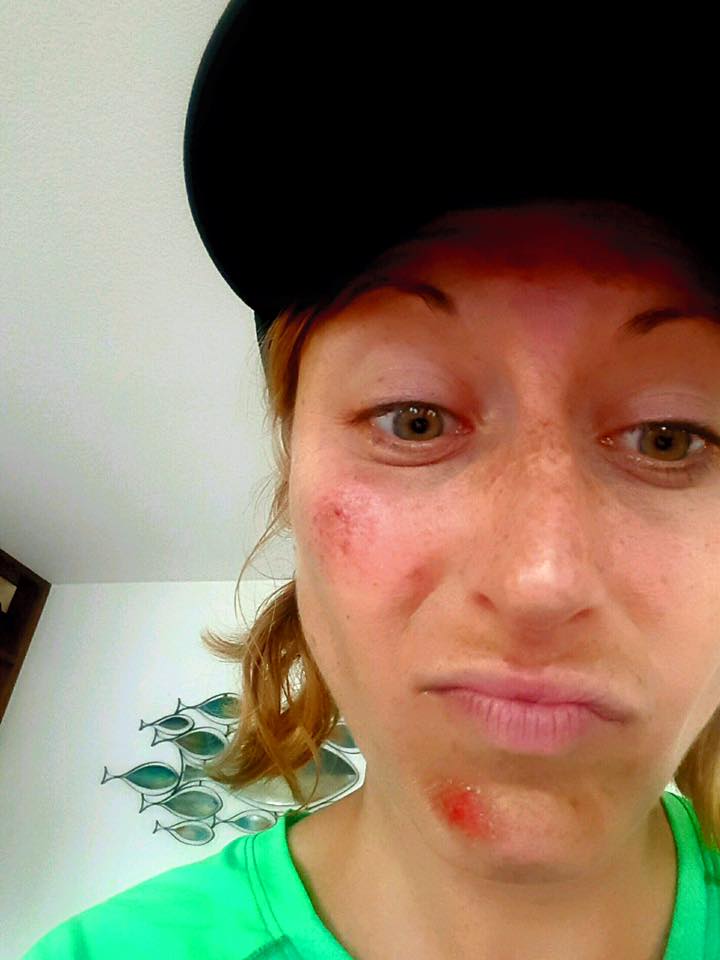 Here at November Project SD, each of the three leaders has a distinct personality, something they are known for, and even a nickname.

Let me back up.

Let’s start with Angelo, otherwise known as Barnacle Boy. Angelo is known for his good looks, his amazing abs, his speed, and his fearlessness – which occasionally results in him falling (and by occasionally, we mean often). Sometimes these falls happen on feet, sometimes they happen on a bicycle. And sometimes those bicycle falls result in him landing in a pile of barnacle covered rocks, barnacles embedding themselves in his fingers, and the nickname being born.

Next comes Lauren, otherwise known as LP. I’m the serious one, the one concerned with the rules, with making sure things go according to plan, the organizer. I also occasionally fall, but much less gracefully, tearing holes in the knees of my lululemon pants and in my knees themselves. This has nothing to do with my nickname, people just call me LP.

Lastly we have Ashleigh. Ashleigh is #fastAF, she’s the hilarious and ridiculous one, the one with the crazy ideas. But despite this, she’s also very calculated and neurotic when it comes to her workouts. She doesn’t take risks, she’s very careful. Which meant, until today, that she’s never really fallen. Today marks the end of that era, and the beginning of the #SmashFace era. While you all were handing out capes and side hugs, Ashleigh was bravely leaping the guardrail to bring you back freshly picked oranges from Jimbo’s tree. Turns out that guardrail is a little taller than expected. Luckily she has a face of steel. She still has all her teeth and a brand new nickname to go along with the minor facial roadrash.

So give her a little extra love today.

Also, we had a workout up a hill. It was fun. You all survived Hill/Hell Street. Next week we move on: Crown Point Shores is our Monday location for April.

OTHER THINGS AND STUFF: