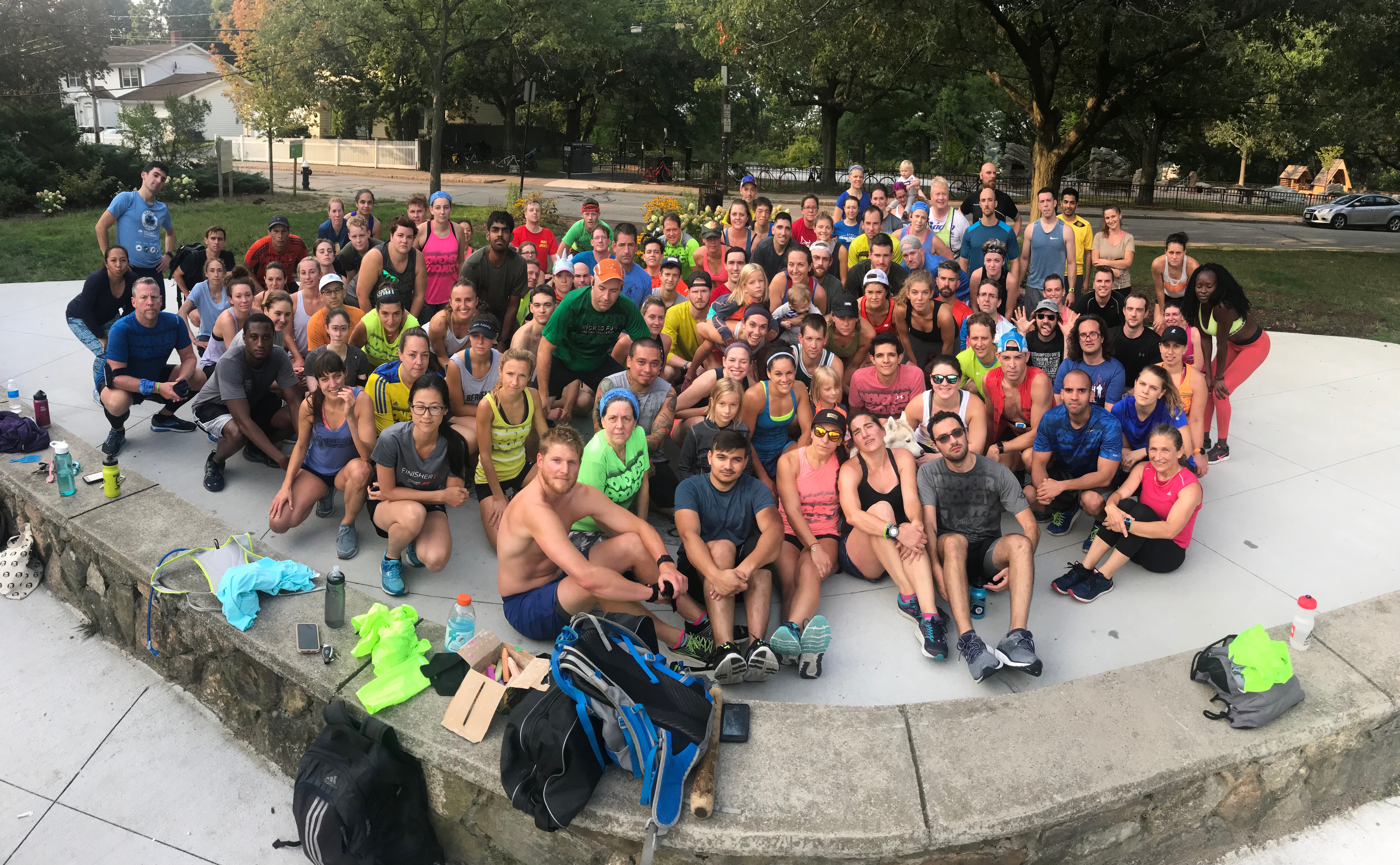 Have you ever wondered whether Summit Ave is a good hill?  Of course not, it’s a great hill and the whole world knows it.  Even those billy goats from NP_Denver and NP_SF who like to think they know hills find themselves huffing and puffing, working their asses off to get to the top of Summit Ave. in Boston.  (It’s technically in Brookline, we know…but we’re claiming it for NP_Boston).

But those of us who know Summit Ave well, know that it’s really the two sides of Summit that make up the beast we know and love/hate.  The front hill: from the fire hydrant at the top of Corey Hill Outlook Park all the way down to Beacon St. and back up.  And the back hill: from the crosswalk at the park at the top all the way down to Corey Road and back up.  The front hill is steeper and longer–which often requires mental fortitude equal to that for getting up mountains around the world.  And the back hill, while shorter and with less elevation gain, still a mighty adversary on any run, especially when done in high repetitions!

So this morning we set out to see which hill really is the best.  We made it a contest between a big group running the big (front) hill vs. a smaller group running the smaller (back) hill.  Each group tallied their trips down/up the hill with chalk on the sidewalk and at the end of the workout, we learned which hill won.

The front hill group worked really hard–charging up to the top and almost as if they were in the stadium, turning to go down as quickly as possible.  This group also deserves a giant shout out for not getting hit by any cars–and actually looking before crossing (most of the time). #safetythird but not actually third today.  When they heard that the back hill group was getting cocky*, they started teaming up and motivating each other to get more hills done.

The back hill group were just like a farm of ants going down and up, down and up as fast as they could.  Powerhouses getting shit done. But when they heard that the front hill group was holding steady and numbers were close, they too dug deep and kept churning out hill reps like it was their job.

Those numbers are very close–which means the ultimate decision about which hill is best miiiiiight be too close to call.  But can we pause for a hot second and think about what we accomplished as a tribe?!?  THAT’S SO MANY HILLS!!! I hate to be all millennial-parent over here, but doesn’t that feel like everyone won?!? In the game of fitness, give everyone the damn trophy today!  I couldn’t be happier with how hard everyone worked–and kept working all the way until time was called!  Even the woman who ran down the front hill before I could get her name–who wanted to stop when she had 6 minutes left but I tried to convince her that in an hour she’d be happy that she did one more hill rather than stopping early.  She took my word for it and ran the damn hill!

So that’s the story for today: technically the front hill won, but the contest might need to be re-contested sometime soon.  And the lesson from the story is a really good one: no matter what challenge is in front of you, the battle is worthy of your full effort.  Even when you weren’t sure you could do it–afterwards you’re always grateful for giving it your all.

Keep showing up, keep giving it all you have — #weekend earned!! And keep changing the world.

MONDAY DESTINATION DECK is at Kevin W. Fitzgerald Park in Mission Hill.  Don’t know where Mission Hill is?  look on the map HERE and plan your route to run or bike there unless you live more than 5 miles away…let’s get the Run-Deck-Run thing going strong!!

Want to get to the workout with other people?  Use the NP Boston Social group on FB to coordinate with others who are ALSO going to run/bike/rollerblade/razor scooter/walk/city commute to the workout.  This is how we make better friends and build more support & accountability for getting to workouts.

*Co-leaders never tell the tribe made up things just to motivate them to work harder.