ATL, let’s get HYPE! On Saturday February 29th, U.S. Olympic Marathon Trials will be held in Atlanta. November Project has been selected to host an Official Cheer Station! The next day (Sunday March 1), we’ll be cheering on the even bigger Publix Atlanta Marathon, Half, & 5K. If you’ve never cheered for a race before, this is the weekend to start! read more 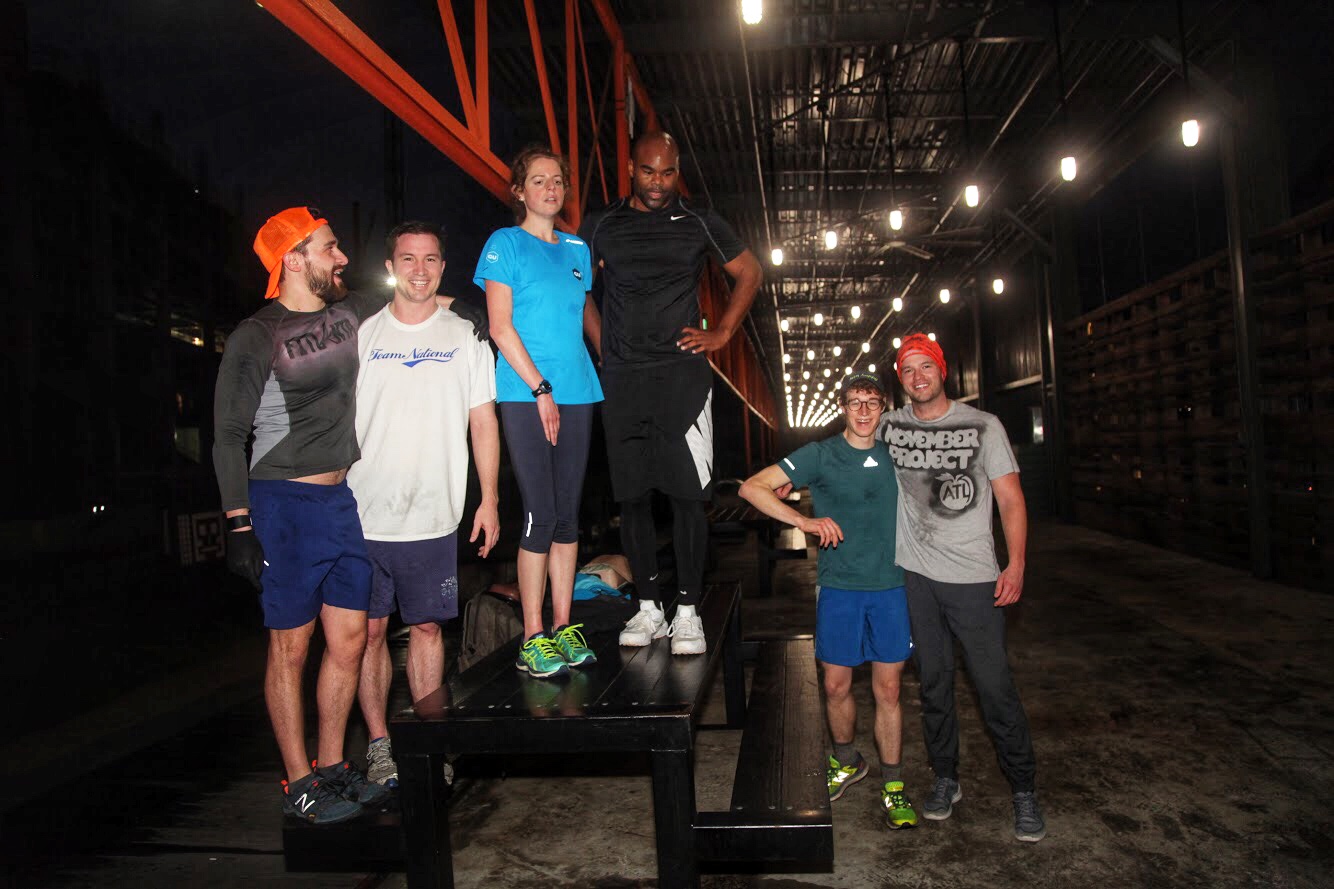 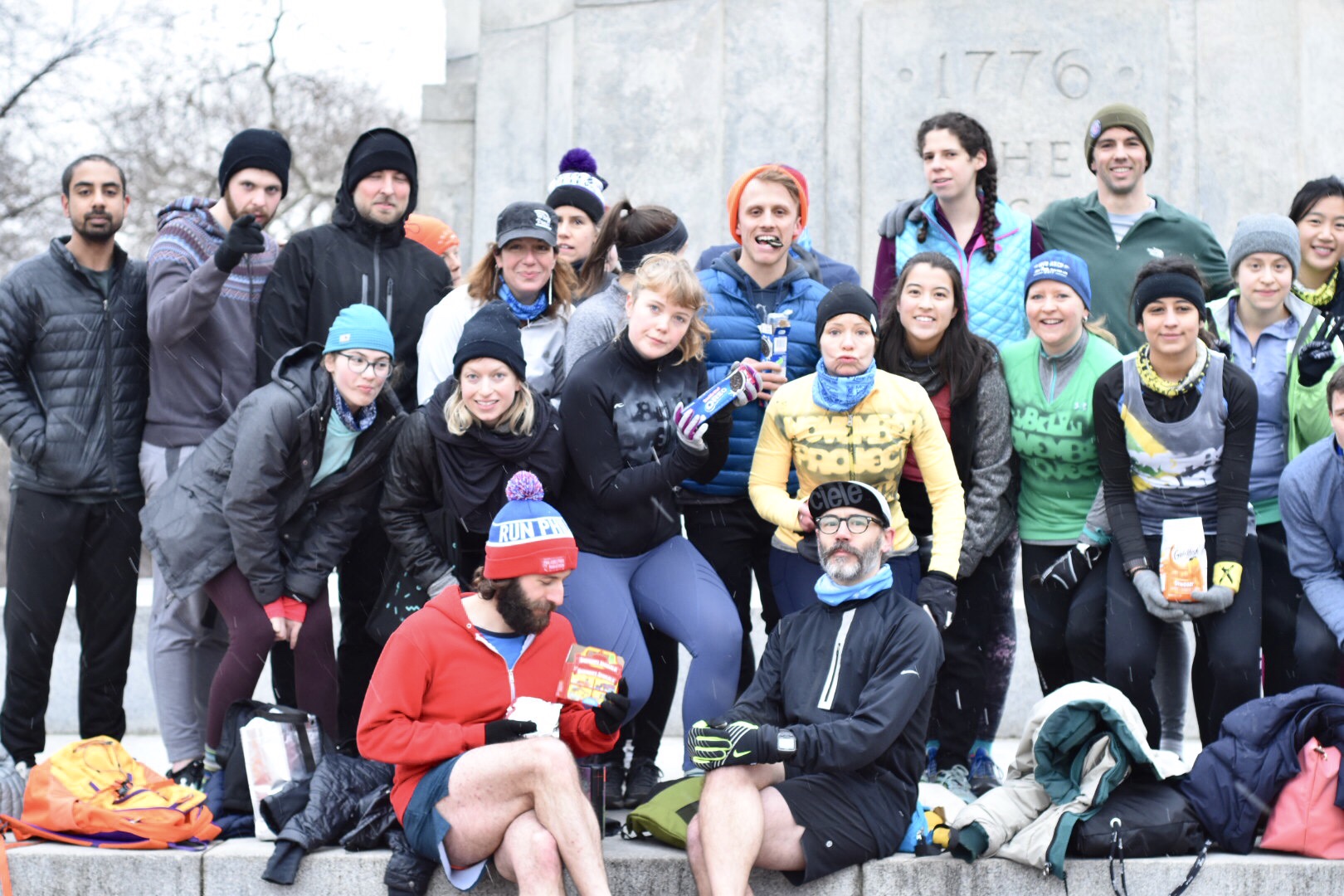 The teams were counted off by, “1. 2. 3.” Then, the morning’s competition began! There were THREE EPIC EVENTS where team work, strategy, and a thing we like to call – MATH – came into play.

=&0=&: The Slalom Obstacle Course – “Where the warm-up also counts for points!” Each team lined the course in either a low sumo squat position,  the Olympic torch position, or the (high or low) bridge position. Each person became the Slalom-er and took the course! Modifications for hopping the sumo? CURLING MOTION AROUND THEM! Modifications for the torch postion? CALF RAISES INSTEAD OF TORCH JUMPS! Modifications for bridges? STEP OVER INSTEAD OF CRAWL UNDER! For first half of the race, all teams were in steady compeition. At the turn around point, USA pulled out a demanding lead and Colombia edged out Jamaica just in the knick of time! 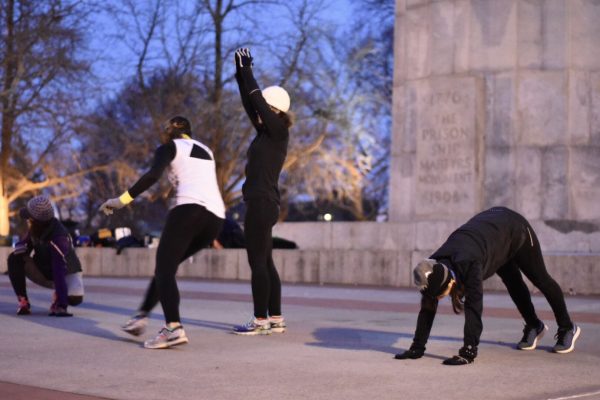 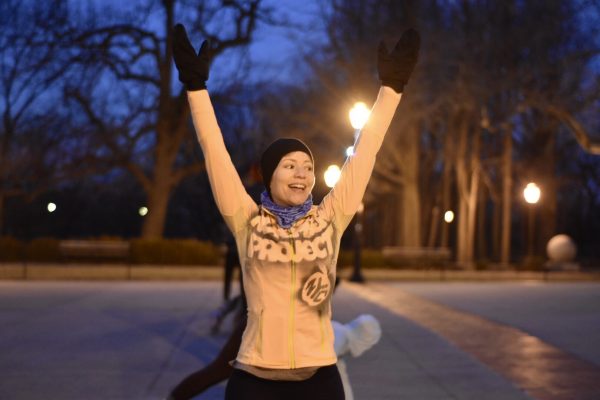 =&2=& The Great TRIPLE Skate – “Where it’s all about burpees!” Each team was split up on the top platform and then divded into 5 mini groups to take on this event. (For example: we had 30 people this morning. Each team had ten athletes and were split into 5 mini groups of 2 for this event.) The first group at the top began their burpees while the second group at the top ran down to the second platform to tap out the group doing Speed Skate-r’s, then the SS’s ran down to the next platform to tap out the 180 Degree Spinners, and the 180’s then ran down to release the Ski Jumpers—who then ran to the back to the top to releave the people doing burpees. Rinse, burpee, math. The points from this round were the total tally of each team’s burpees after 12 mins of play. 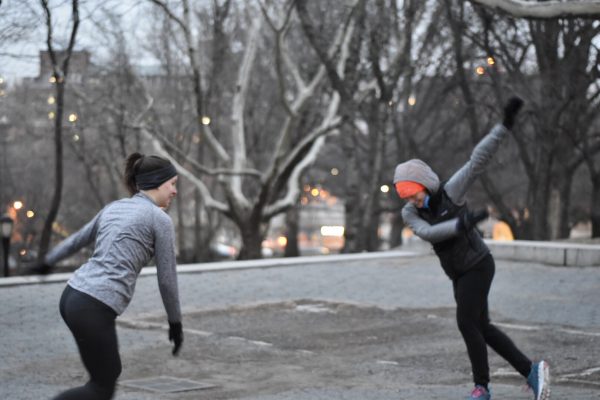 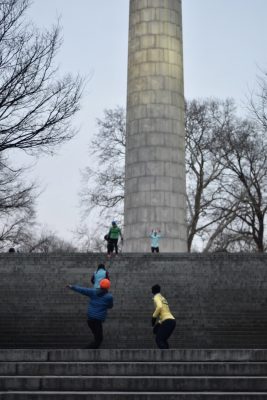 =&4=&: The Bob-Luge – “Where things really heated up!” Each team took their positions around the momument and again, split up into sub groups, this time into 3 mini teams. The three teams were either Bobsledding, Skeleton Luging, or…running around the monument. The sledders were doing their ‘_____’ twists, the lugers were holding whichever variation of plank they could muster, and the runners were sprinting their asses off to releave the sledders. The time began and the teams hustled: runners tapped out sledders who tapped out the lugers who then ran. What were the points based off of for this round, you ask? Each complete lap around the monumnet. (It was a doozy if I do say so myself) 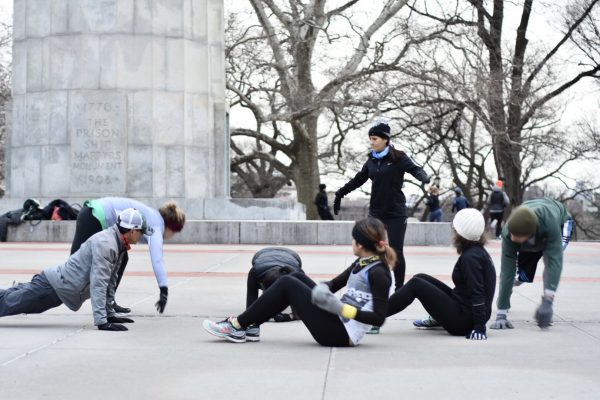 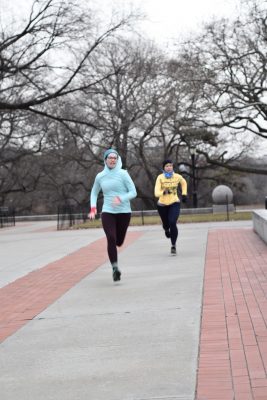 This morning was filled wirh surprises, and ultimately, all the controlled chaos.

Thanks for playing, Brooklyn. You all are winners in my sappy, burpee-loving heart. And Jeanie, you can go ahead and come back from Aruba now (Don’t forget the flamingos!) 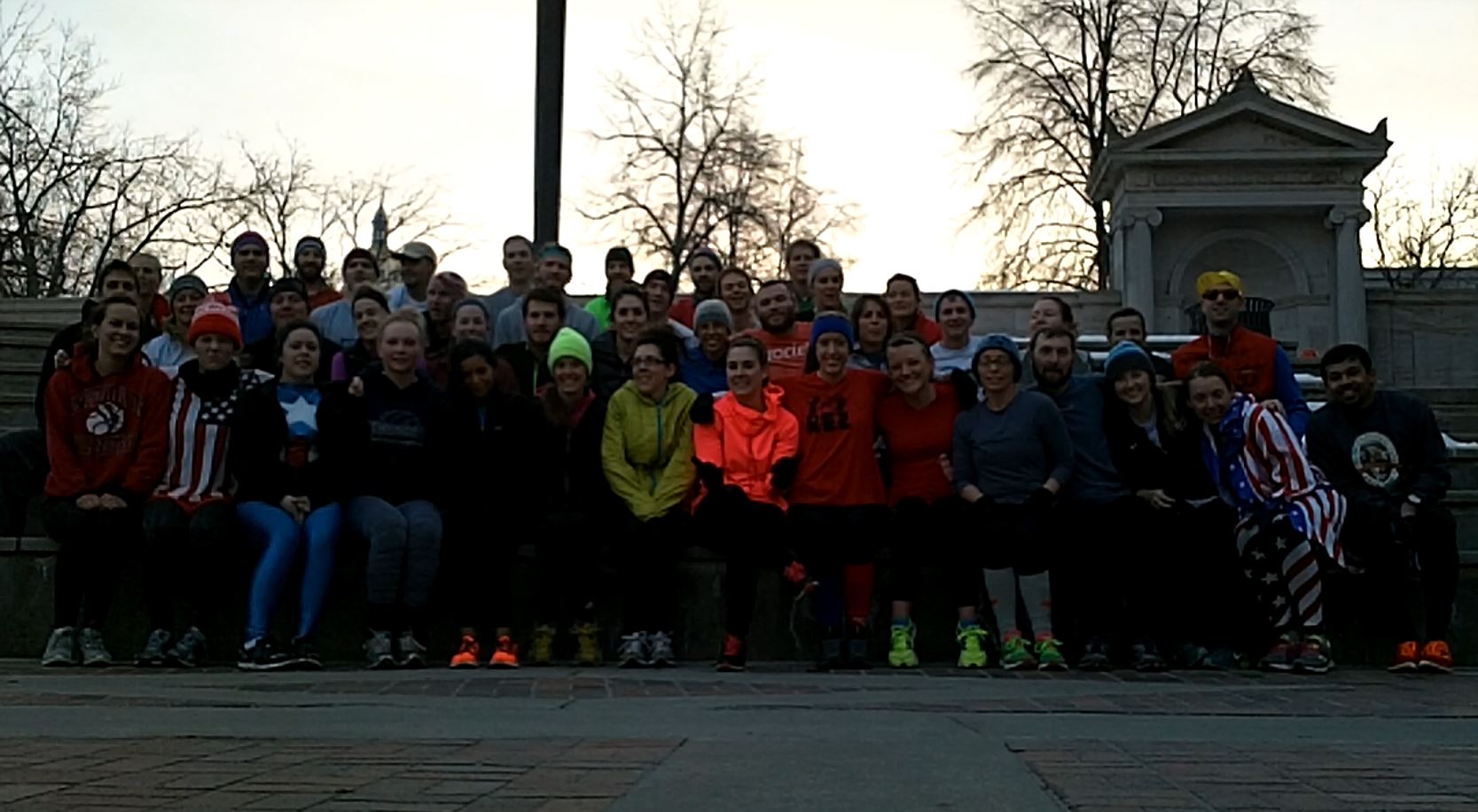 Contrary to what Bob Costas tells you, the Olympics aren’t only about roses and teddy bears. The true Olympic quest is about sacrificing your body, lifestyle, and sanity through a stubborn dedication toward ones passion. Even then, after years of focus and preparation, a fraction of a second in a competition can make or break your Olympic dreams. That is what makes the Olympics a spectacle to watch and truly inspirational.

Speaking of inspiration, I’ve opened the Olympic history books to introduce you to an Austrian ski legend who’s character and true grit were rewarded in the 1976 Olympics. Watch this race and you’ll see raw stamina and bravery as the Kaiser, Franz Klammer, barrels his way to a gold medal on his home soil in Austria.

In the spirit of the Russian Olympiad, the Denver tribe, outfitted in our country’s colors, worked our butts off for 40-minutes with Franz Klammer style work ethic. The workout focused on developing brute strength, exhausting the body, and having little time to recover.  After a solid cardio hammering on the amphitheater steps, we divided into four stations to jump, push, and climb our teams to victory. Just like Franz in his downhill tuck for 2-minutes, we pushed our bodies to their limits. Today you put your body on the line for your sport, for your country, and for your community.

See yall on Valentines day for some hill lovin at Gov’s Park, 6:15A.

Elyse is back bitch!