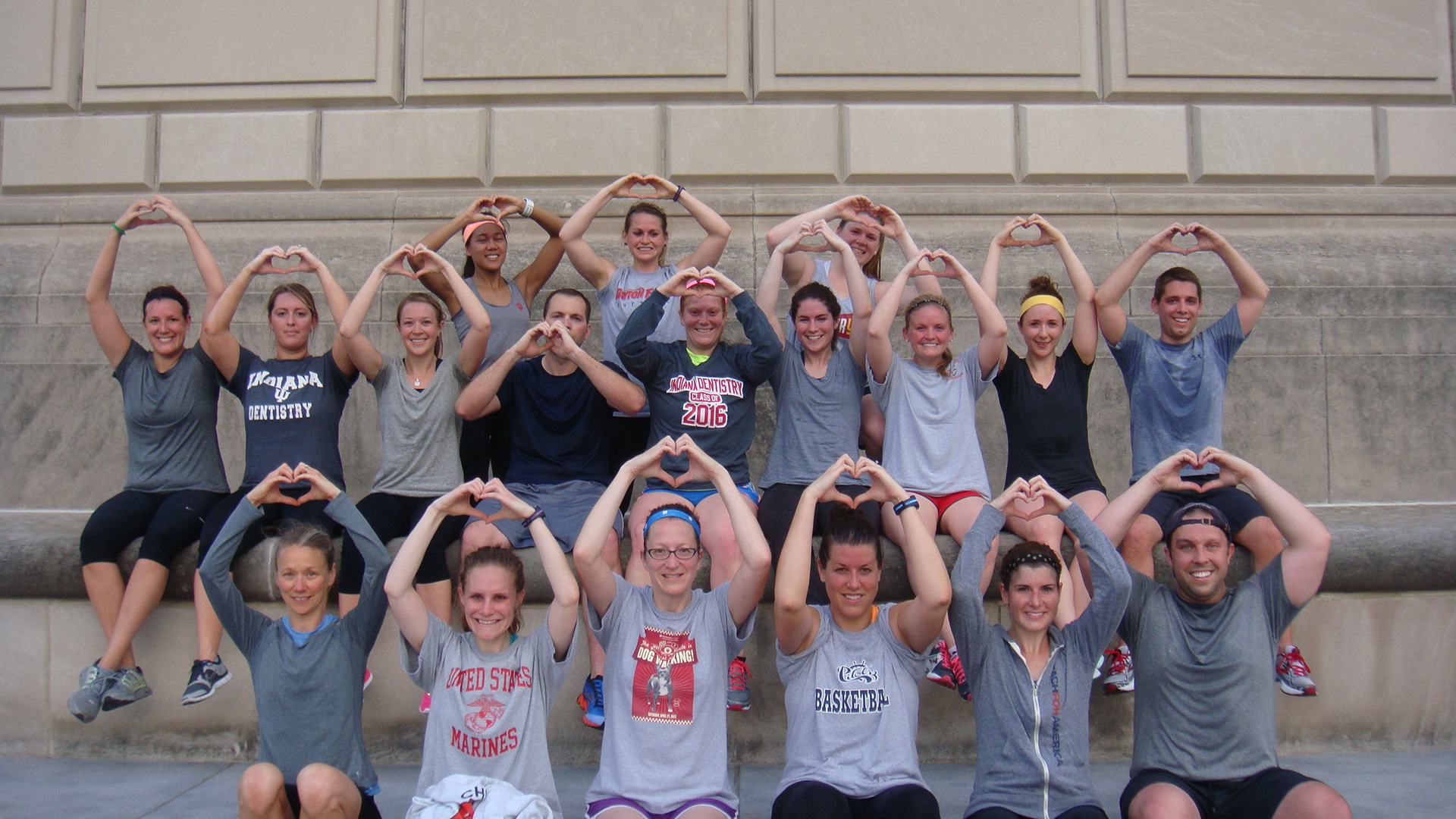 Hallelujah! The south barricade was finally removed! The leadership’s excitement over this development necessitated a game change. Since our pledge days (November, ironically) this barricade has prevented us from going Up and Over. Well, no more!! BOOM! Today it was Up and Over with some spice. There’s a Gun Show this weekend, ya goin’?

The beats were bumpin’ from the Music Mullet. The sweat was dropin’. And the heart rates were through the roof. Nice effing work, today tribe. That was not easy.

We honored Ashleigh Voychick (NPSD co-leader)’s mother, who passed away last Wednesday, by donning the color of Brain Cancer Research, which is grey. We sent some love West toward San Diego. Hope you felt the love, Ashleigh. #lovefest

The positivity award was positively given to Jeni, for her radiant positivity.

Ruby, go ahead and get some dirt on that stick. #dogsofnovemberproject

Next week is RACE DAY! Consider today a preview. The Up and Over has been added to Race Day. Bring your A game. As if there’s any other game to be brought!?!