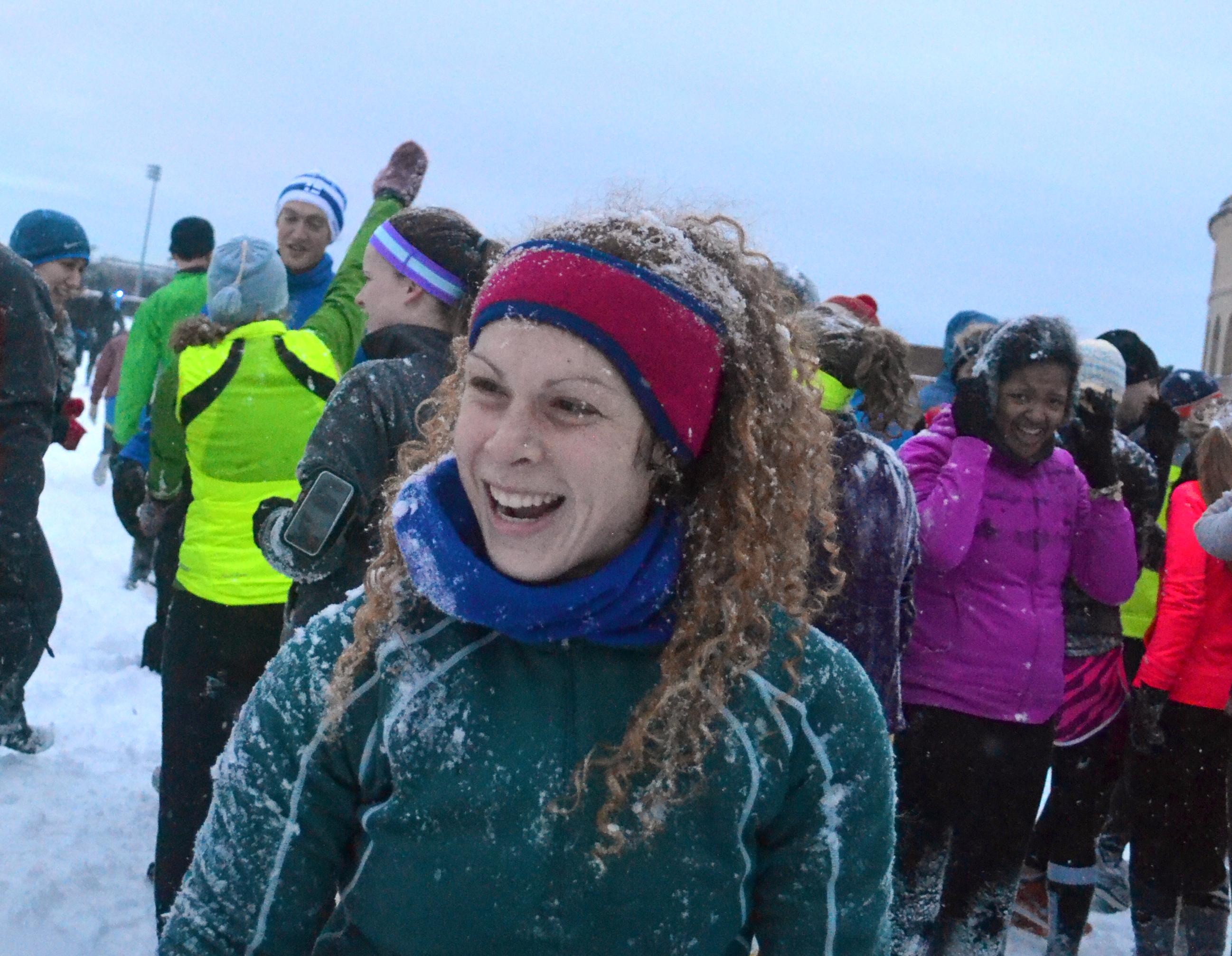 When I heard Molly’s story, I had to share it with anyone that would listen. If you don’t remember, Molly is the girl that showed up to the workout a week after her apartment burned down. Few months later, Molly is settled in the new place where she decided to put the pen to the paper and share her story. Ladies and gentleman, Molly Blumberg…

I’ve been trying to write this for a while now. It took me some time to get started – I had thought that waiting until I moved into my new apartment, giving myself some time and space, would offer the right perspective. I’ve drafted my story a few times, but none of them felt quite right. I don’t need to give all the specifics of my struggle to say what I really want to say to you all, which is simply, “thank you.” What I want to talk about, what I really learned over the past few months, is the strength of community, of caring and love, of support and resilience.

By now most of you know my story, or at least the most recent part of it. I went to work on a Thursday, my apartment caught fire around 2pm, and that was that. It was horrible, and upsetting, and unsettling, and it came with a whole set of issues I’d never had to deal with before. The truth is, there were things that I was struggling with well before my apartment burnt down. And while I like to think of myself as a pretty resilient person, I was really in over my head. I’m not good at asking for help – I had to enlist a chain of people in order to ask you all for help. I wanted to be able to take care of myself. I thought that the best way to come out on top was to shoulder this one alone. But I was running out of resources, running out of places to sleep, running out of options, and taking this one on solo was just not going to be my reality. Up until that point, I would have said that the greatest thing I had learned through November Project was that I can always push myself a little further. I can fight through the pain, run faster, climb higher, than I had ever thought that I could. But that’s only the first half. I now know just how much further I can go with the help and support of community. I can still push myself pretty far on my own, but when I reach my end, there will be people, hundreds of people, who will selflessly, and without second thought, pick me up and carry me the rest of the way.

It’s been said many times before – there’s something truly special about November Project. There’s something a little magical that drags us out of bed on even the darkest and coldest mornings. It’s more than the workout, the challenge of running the Harvard stadium, the desire to get fitter and faster. It’s more than the smiles, the hugs, the fuck yeahs. I feel like it even extends beyond the general idea of community. For me, I think it’s about the fierce consistency and the unconditional dedication to showing up together, no matter what. We’re there to work together, to get each other moving, to achieve new goals and to share in that glory. What got me out of bed all winter was knowing that there were hundreds of other people who held the same core belief in just showing up despite everything else. It was knowing that there are few things better than being present in such a passionate community and pushing your limits with your peers. It was knowing that I could drop all the shit I was dealing with, give some hugs, challenge myself, and walk away feeling like my character was a little stronger because of the people I shared that all with.

For a few weeks, not many of you knew that my apartment had burnt down and I was sleeping on couches. From some conversations I’ve had with various members of the tribe and other stories that have been written, it’s clear there are a lot of us out there dealing with a whole range of adversities. We don’t always know everyone’s story. I was personally lucky to be in a position to share mine and to receive the overwhelming support that I did. Regardless, for those few early hours in the morning, none of that matters, none of that defines us. We throw on our running shoes and we show up as equals, as supporters, as competitors, as racers, as empowerers.

We all have things that we carry with us – our unique combination of successes and struggles, our histories, our stories, our ambitions. We deal with these things and learn from them in different ways. Some of us carry them with us, or we set them aside, follow them, run from them. Everything we have experienced, the histories that precede us, the things we have yet to accomplish, all define the people we are, and they have led us to this place, this moment in time. But no matter where we are, or where we’re going, what we carry, or what we’ve learned, we all show up. At 6:30am on Mondays, Wednesdays, and Fridays we all show up. We show up for ourselves and we show up for each other. And we run.

One Reply to “Simply Thank You! by Molly from NP_BOS”