It’s May.  Hooray!  So much to be excited for even though the month of hills has ended.  Despite the fog (no, not smog) sitting out over Los Angeles, this morning was lit.  Do folks say that anymore?  Probably not but let’s just roll with it. 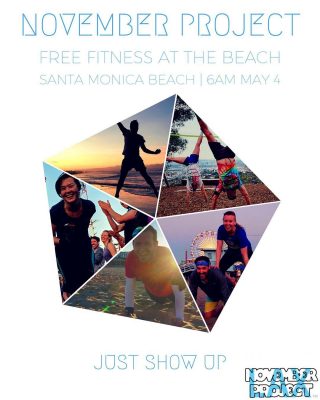 #APRHILL Results: Still hanging on the edge of your seat for which team came out victorious in the first #APRHILL challenge?  Well, looks like success came to Team Mess.  The funishment will be announced shortly as I myself have no clue what’s going down.

Fun Fact – Today in history in 1933 the Loch Ness Monster was sighted.