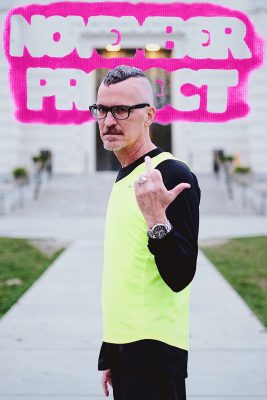 By now you have most likely heard about the passing of one of our family. Dr. Sean left us at 11:30 this morning after fighting brain cancer since July 2016. Sean loved November Project and the advice that he gave was perfectly NP. Fuck them, be you. Sean embodied punk rock. He was authentic, direct, and raw. Sean was an ambassador for what it means to open your heart and care about others. He was an educator, a philanthropist, and an all around badass individual. His work with the Aids Life Cycle continued even after his diagnosis. When he was unable to ride the event he still extended his support to the greater cause. Sean was a role model who didn’t seek out any rewards for his actions. He was selfless and served his community with a sense of greater purpose. His departure is a devastating loss for our family, but his impact on us will be forever. When the haters try to knock us down, or tell us to give up, we will respond the way Sean taught us to. Fuck them, be you.

Random Trivia – In honor of Sean, who loved baking: Pie has been around since the ancient Egyptians. The first pies were made by early Romans who may have learned about it through the Greeks. These pies were sometimes made in “reeds” which were used for the sole purpose of holding the filling and not for eating with the filling.