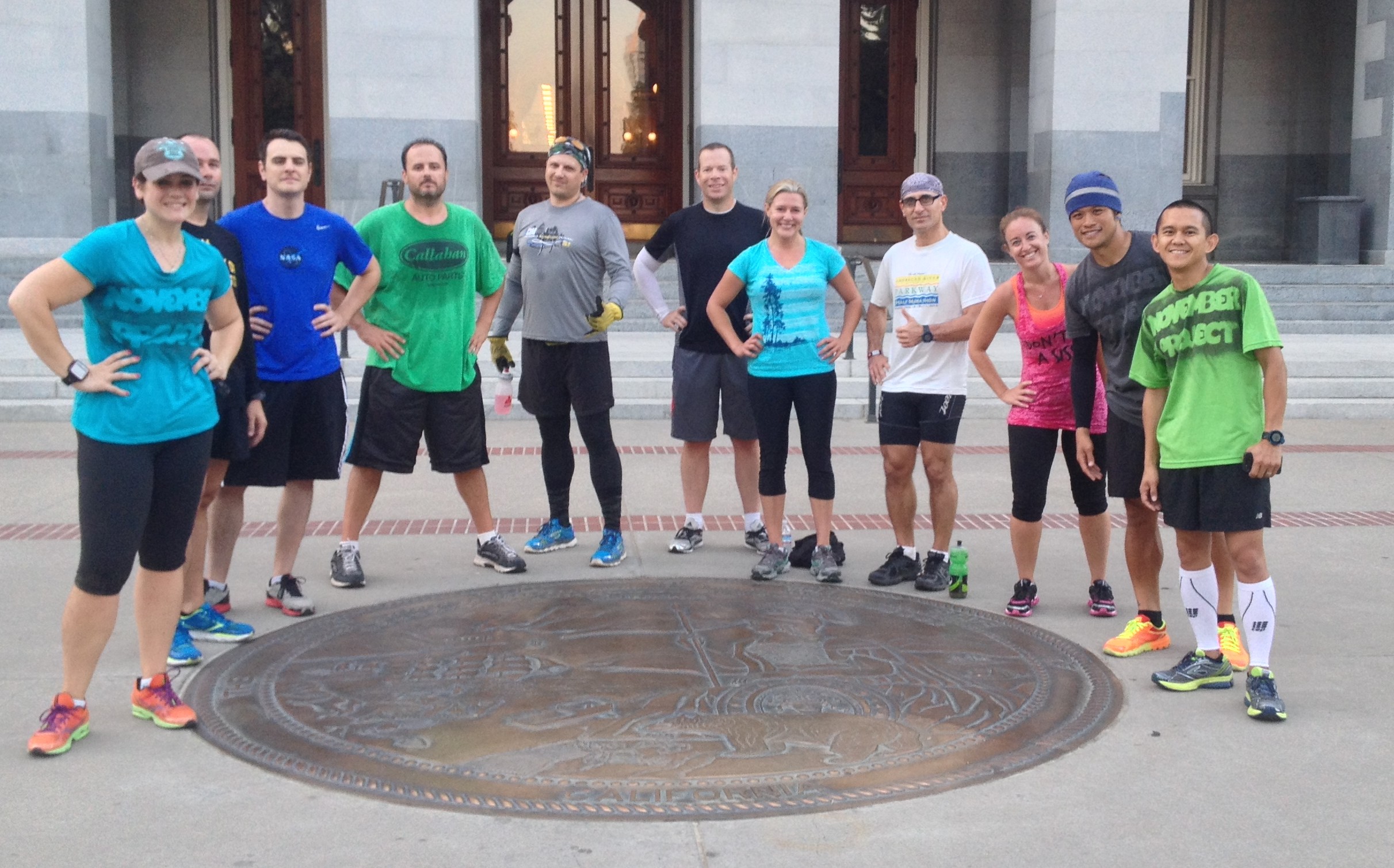 So we came into the party back in January with a little hashtag seen as the #NP_Pledge. We had high hopes like many of the 16 other tribes to grow rapidly and get things moving here in Sacramento. We saw plenty of people come through, but just not all together and as frequently as we wanted to. With other tribes growing to 50-60-70 so quickly we stood around with smaller numbers, yes we had fun, we worked out, but we just were not growing.

After a 40 minute phone call with Brogan and Bojan (who by the way are world class when it comes to ideas and decisions), we mutually agreed it was time for SMF to leave the party. We were kind of like many of you that runner who has a 20 miler on a Saturday morning, that goes out on Friday night, drinking a little but just leaving earlier than everyone else. We gave it a go and it was time to see what else could be done in Sacramento.

Was it a failure in Sacramento? … Far from that … During our 8 months of weekly workouts November Project did more than just got people working out, it helped build friendships and a support group for morning workout crazies who understood one another and now has one anothers backs. During the party here in Sacramento we saw the transformation of people who we from running 5ks to running a 5k a day for 100 consecutive days. It brought people who only interacted with one another through Twitter to coming out and sweating with one another. What happened here in Sacramento is far from failure, it was the jump start of a journey. Though we aren’t going to be an official November Project any longer out of respect to the brand, what we will still continue to with the mission of a free fitness movement that was brought to our eyes by the NP folks (especially Brogan and Bojan).

With this being our final blog entry, we want to wish all of you the best in the continued growth of NP and hope that all of our paths cross once again. So in speaking for all of here in SMF … it is the Sacramento Tribe signing out …

One Reply to “Sacramento Signing Out (SMF)”