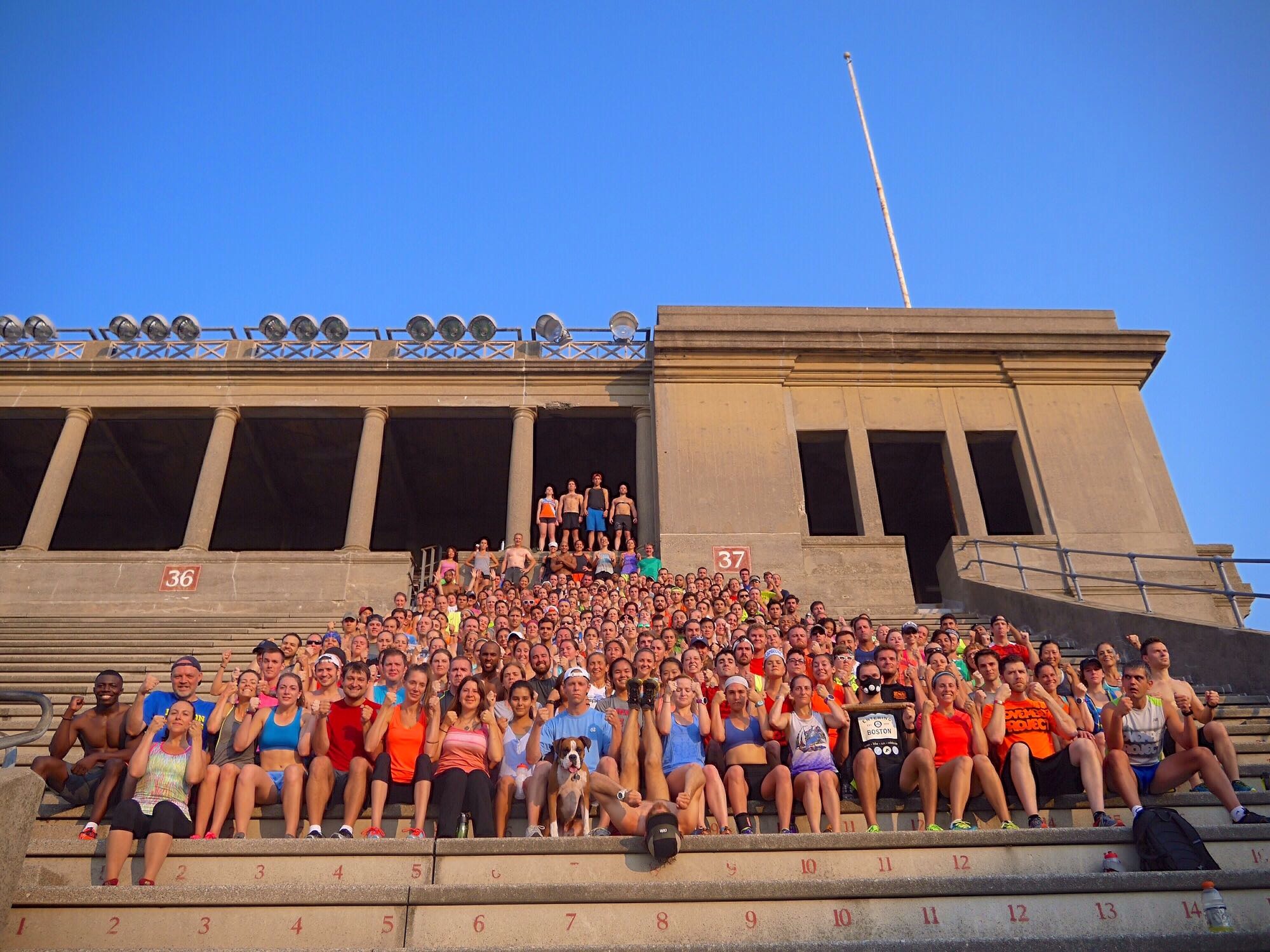 “Are you idiots just slapping “Man” after a random word every time you make up the workout?” “Did you come up with this 5 minutes before the bounce?” “Was BG ever #Weatherproof?” Surprisingly the answer to all these questions is NO!

Believe it or not, a lot of thought and preparation goes into picking and designing the workout. Back to back Sebastians earlier this week were not made up just for shits and giggles. Evan has been talking about it for a while and this Monday was a perfect time to release it for the world to see, but mostly feel. Deniz has been sending charts, illustrations, and projecting possible scenarios trying to persuade the rest of the leaders that his creation RelayMan will work. Photo below is an actual attachment to one of his emails trying to explain the workout flow.

So did it work? Fuck yeah it did! It was a throw down! Running five section relays (except for the first seven section leg) pushed us to go faster knowing that our partner was waiting ahead. Alternating between the work and rest psychologically helped to run harder knowing that the chill times are ahead. When the time was called, we were left with shaky legs and gasping for air. If for some reason you didn’t have the same experience, please next time find the partner that’s similar speed to you (faster partner can burn you to the ground, slower partner gives you too much rest time), or don’t pick a first timer as they’ll have to attend a newbie meeting.

On Friday to mix it up we’re running hills in Brookline. We say this a lot, but you won’t want to miss this workout! Something very important will be announced. See you there!