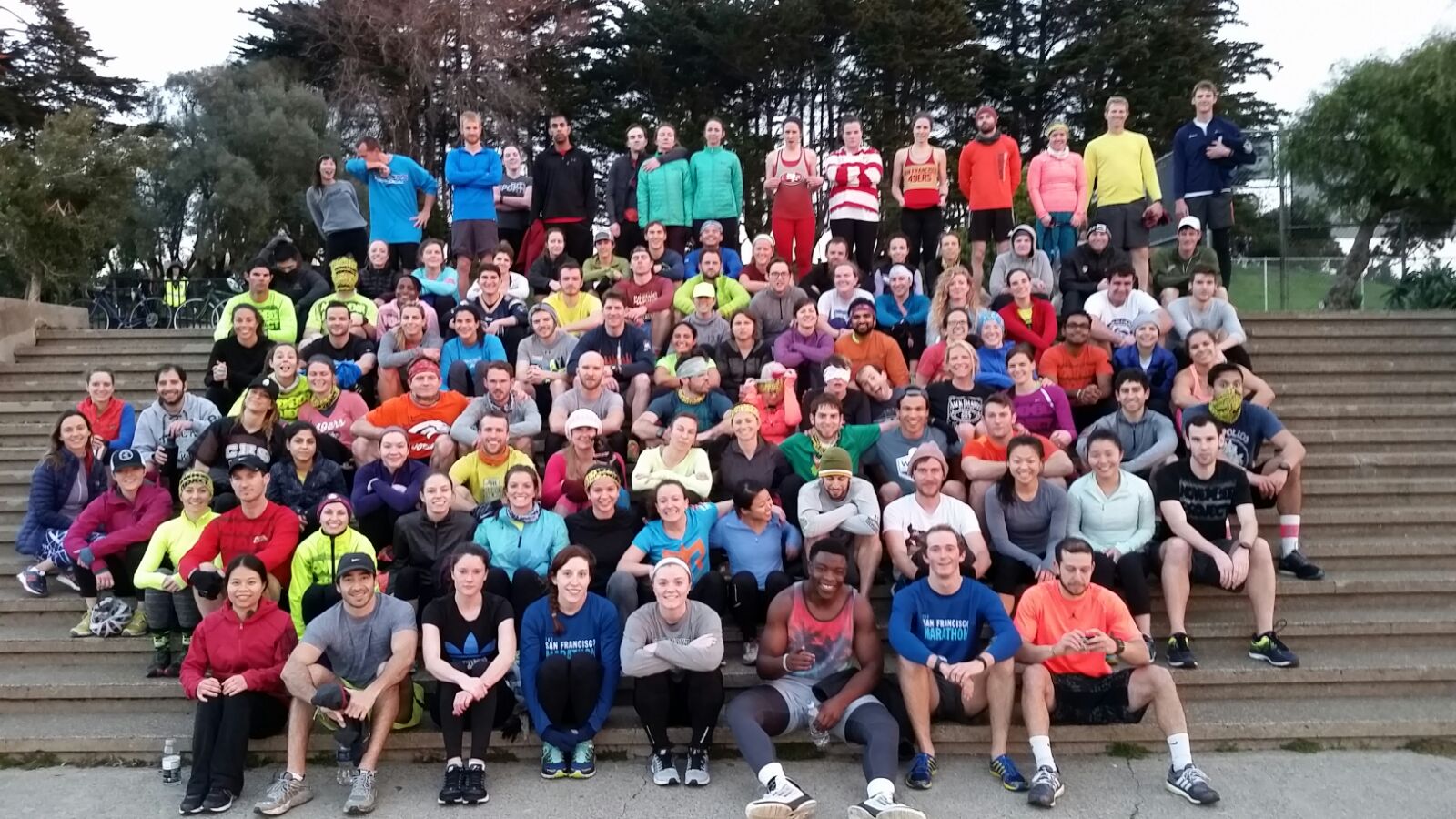 This week we thought it would be fun to celebrate the Super Bowl / three-week-long consumer orgy that is happening in our fair city, and… ugh, I don’t even know where to begin, I literally just had to walk through a metal detector in order to get my afternoon cup of coffee… So we decided to let the tribe pick the winner of Super Bowl 50 by sending them out on two different loops of the park that circled through the center. After each tribe member made a full loop and returned to the center, they were faced with three options; (i) a giant letter P (for “Panthers”), (ii) a giant letter B (for “Broncos”), or (iii) a giant letter C (for “Commercials”), each written in chalk on the asphalt. Naturally “Commercials” was a heavy favorite. And so those were the choices, at least to begin with…

Also at the center of the park were several pieces of chalk. At the end of each lap, tribe members would cast their vote by drawing a tally mark beneath a letter of their choice. More laps = more votes… a policy I kind of think should be applied to presidential elections (and would undoubtedly lead to Keflezighi + Flanagan, 2016…). All I’m saying is that the runner-vote is extremely underappreciated, although it did play a crucial role in the 2012 election.

ANYWHO! We should have known better than to leave sidewalk chalk out in the open, because tribe members immediately started doctoring categories / entering new, nonsensical categories of their own.

First, the P for “Panthers” was changed to Pats (by Sunish… obviously), which was then immediately changed to Peyton Manning. So I don’t even know who these votes are for, but I suddenly feel the urge to #KEEPPOUNDING… Then came the write-in categories:

With a surprisingly strong showing, the 1964 Browns put up a solid 4 points, followed not far behind by something called the “Wexford Bitches” (which I strongly advise you NOT to Google).

Another notable write-in performance goes to the city of Dublin, Ireland… yeah the whole city, I guess.

But all other write-in candidates failed to catch the supremely popular “Puppy Bowl” category, which finished the day with an astounding 125 votes, despite not making the original ballot.

The Puppy Bowl category even toppled the unmolested (and uninteresting) vote for the Broncos, which put up a mere 77.

However, last but not least, the heavily favored “Commercials” finished the day with 138 votes. Considering the massive lead commercials entered the race with today, we think the narrow (13 point) margin of victory essentially equates to a “virtual tie” with the Puppy Bowl. Especially when you consider the fact that Puppy voters wasted 5 minutes each lap to stop and pet Raisinette and/or Rocky.

Aaaand that’s the way the cookie crumbles! See you this FRIDAY at Kezar Stadium, 6:25am!

You guys are idiots… but I love you.