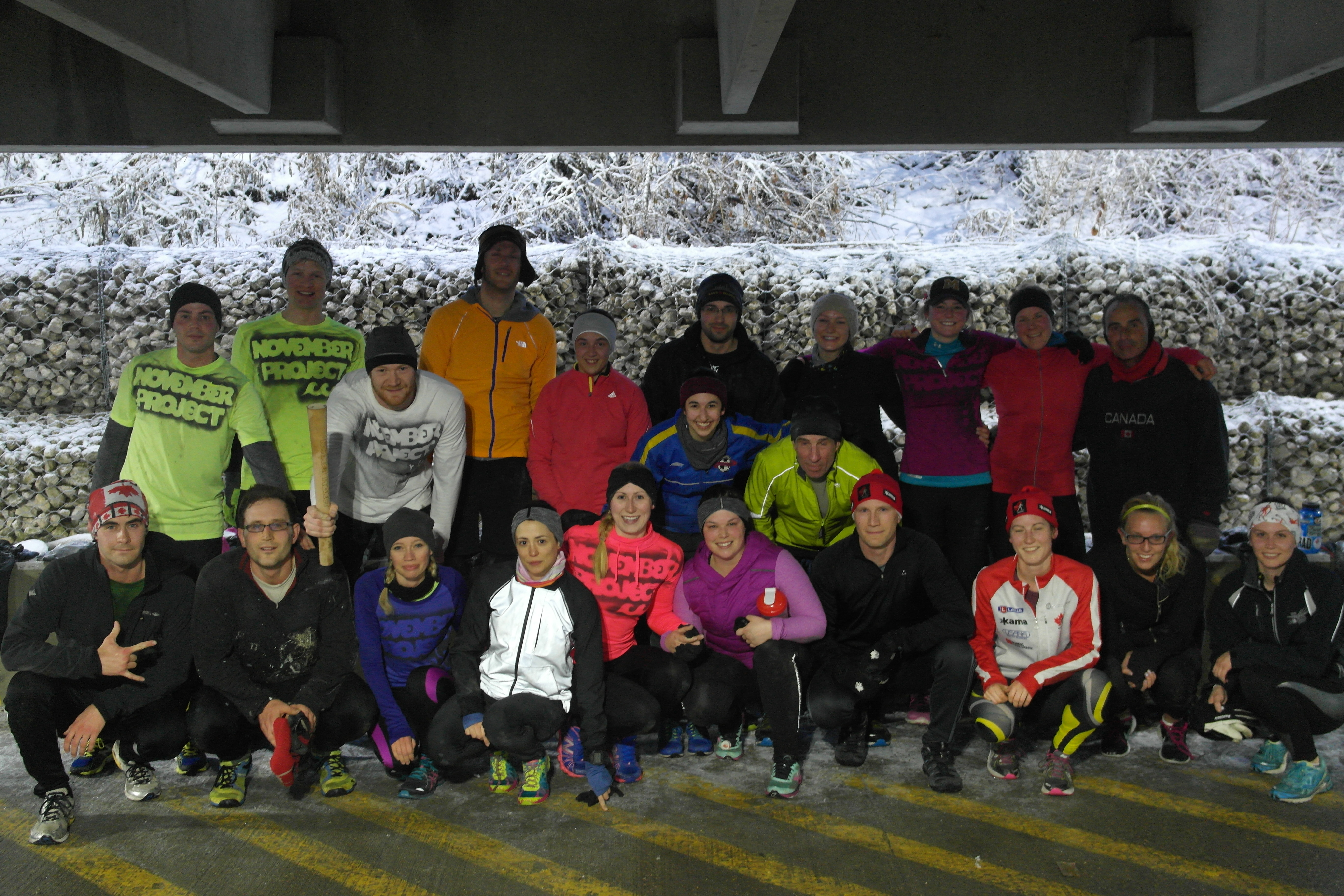 Well there you have it folks – today just goes to show that despite any indication of nice weather in Winnipeg in March, you need to prepare for the worst.  Two weeks ago we were given the lovely surprise of having all the snow melt by mid-March; an unheard of feat for Winnipeg at this time of the year.  Despite a few slippery mornings we were pumped and ready to get going on our summer workouts – I even had my shorts all pulled out and nicely ironed, ready to go for this week.  Alas, Winnipeg winter can be a cold, heartless bitch; Tuesday night rolls around and we wake up Wednesday morning with a full 4 inches of freshly fallen, wet and sticky snow.

I slid through 4 stop signs on my way to the workout this morning.  Despite a mild 0* C, the cold, wet snow that continued to fall throughout the morning kept us running in the (still soaking wet) parking garage because it was too slippery all over the forks to do much adventuring.  But do you think this rampant disrespect from mother nature slowed the tribe down?  HELL NO!

Tom and Rick threw a curve ball at the tribe today – surprising everyone halfway through what turned out to be a very difficult workout with a change up in our PR day – instead of doing PR at the beginning of the month, we are going to do it at the end.  Wait a second – that means we are doing it today!

Despite the (*Evil laugh*) surprise, the tribe finished strong with PRs all over the place, and a solid effort from our main man Derek to tie the tribe record 58 lengths – what a day to do it!  Up on the first place platform with Derek is each and every one of you who showed up today and either PR’d or worked your ass off trying to get there!

Last but certainly not least today’s Positivity Award went to a very well deserving winner.  David showed up to his first workout several months ago after moving to Winnipeg from Edmonton – he didn’t know anyone else that came to our workouts, but had seen Andrew Ference tweeting about the rough and rogue start up out of Winnipeg and when he came here for law school, decided to give us a shot.  David was one of the first tribe members to tag grassroots gear and I don’t think he’s stopped wearing it since – rumor has it he even took the stand in a mock jury trial and ripped off his dress shirt to reveal a rippling chest of NP Grassroots muscle (*rumor unconfirmed*).  Congrats David – so pumped to have you as part of the tribe!

That’s it that’s all.  See you next week,