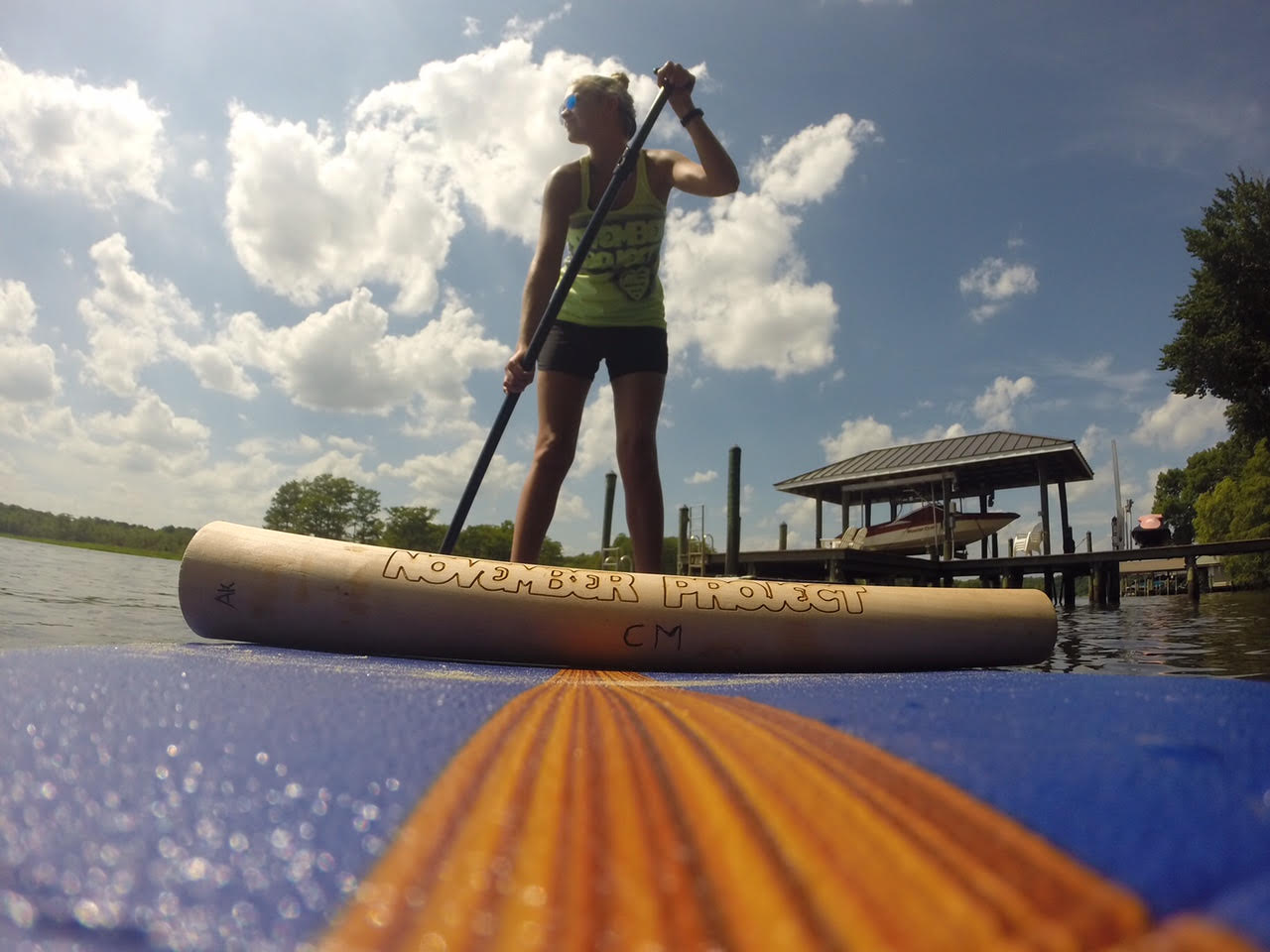 Meet Kelsey.  Not only is she the sweetest girl in the group, she’s also been part of the tribe since it was just a small number of people pledging to become an official November Project city. She is always super positive, energetic and constantly has a huge smile on her face (hence why she received the award). In other words, she’s kind of a baller. Did I mention her smile is super contagious?  I could go on….but let’s have her tell you why she loves November Project so much:

“Received November Project positivity award….. Can I put that on my resume?

Months ago when this NP_VB was just a dream… My friend Nikki talked and talked about this awesome movement happening around the U.S. (and Canada!) and tried to convince me to come out to the heroic hearts pledge group. No stranger to early mornings, but coming off a knee injury from a car accident and still a little afraid of the stairs… I kept putting her off. The morning of January 21st, I decided to brave the cold (mainly to get her to stop harassing me) and #justshowedup… The rest is history.

November Project has become my borderline obsession. I love everything that it is just as much as monograms- and for a southern belle- that’s A LOT. The Hugs, Free fitness, love, support, grassroots gear, no judgment and general happiness these people have at 6:15 in the morning is a little absurd but perfect in every way. Since I moved down to VB to go to school, I didn’t know many people- this tribe has become like my family. I look forward to waking up early on Wednesday mornings for killer workouts and those stairs I’ve learned to face bravely- it makes my week. And of course who can forget about all the monogrammed grassroots gear I now proudly wear all the time :)” – Kelsey