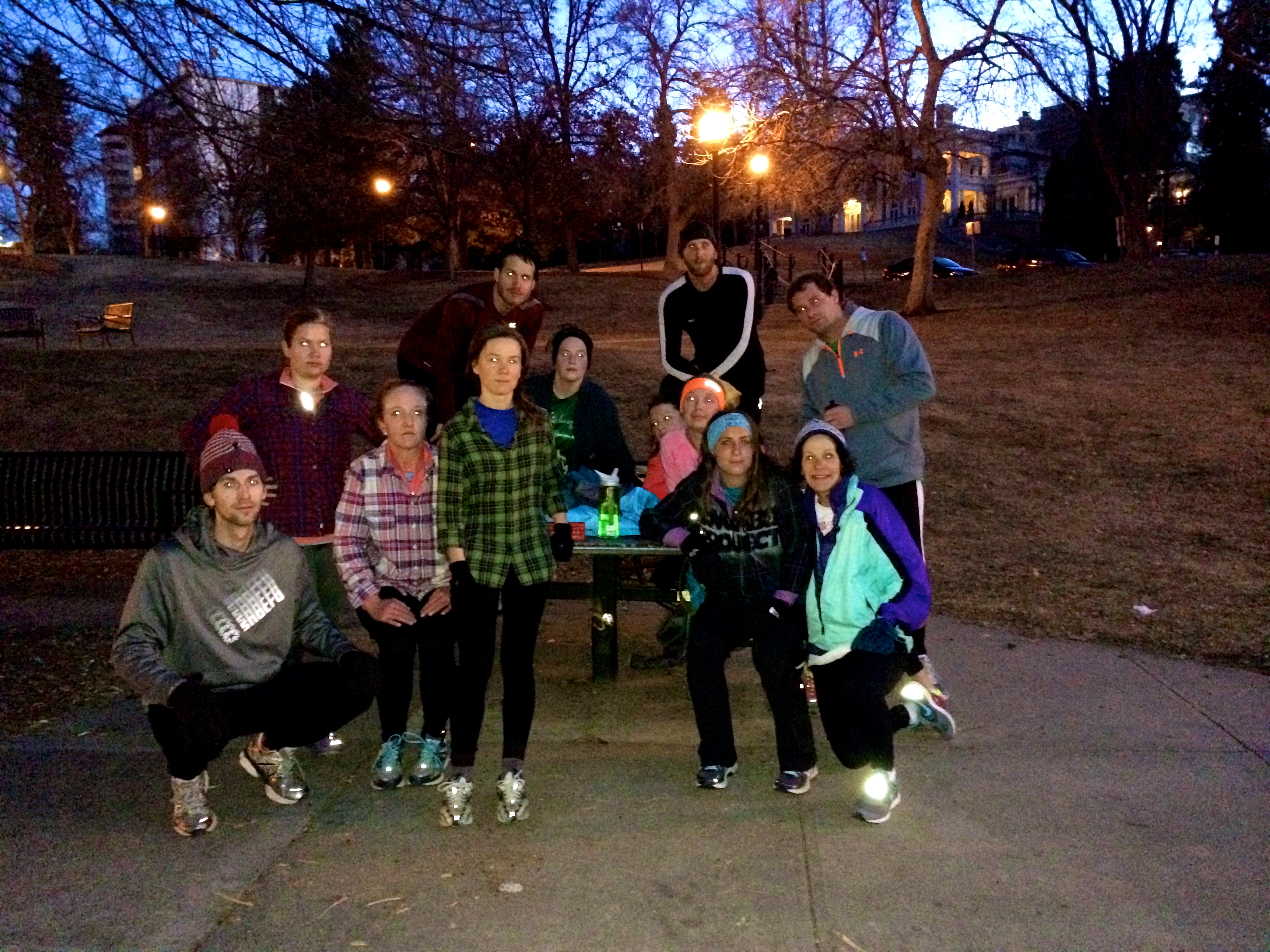 At November Project we’re all about achieving goals and pushing ourselves and eachother. Our goal today was to have more than four humans at the 2nd weekly hill fest extravaganza. Congratulations, Denver! We did it! Great success.

Anyway, I want to use todays blog post to share a story that took place today to add to the ever evolving definition of what November Project is, why we love it, and why we keep coming back for more. As the tribe has grown, first in Boston, and now across the continent, this blog has served as a way for us to say some weird shit that doesn’t usually make sense. But somewhere beyond the poetically illogical rants, it has evolved into a rich source for people to share their stories about what the movement has meant for them. A meta analysis conducted of these stories would conclude that November Project is one wonderfully giant smorgasbord of people and feelings and emotions and things. That brings me to my story. This morning, an oldie and a newbie ran together up and down the hill (you new she was a newbie when she went in for the handshake in her first intro). Not only did they fly up and down the hills and stairs together, but in doing so also discovered that that very newbie was friends with the oldie’s parents  and was in their wedding. But wait, it gets better. The newbie held that oldie when she was a baby. WHAT.  And now, some 20-30 years later on this brisk Friday morning, they were able to reconnect over heavy hill crushing.  Well, what’s so November Project about that? A) who doesn’t appreciate crazy coincidences 2) November Project brings people together and that’s where its addictive properties lie. So that, folks, is some November Project magic. November Project: bringing people and babies together since 2011.