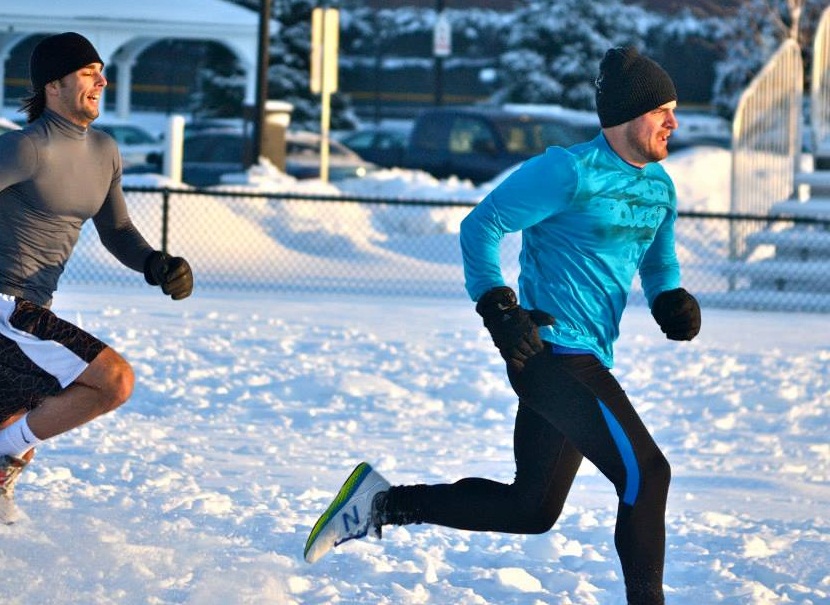 I’m proud to revive a routine that we’ve put down for the last few months. Today’s Guest Blogger is a man who, not only gets from one end of town to the other for each Monday-Wednesday-Friday workout we host, but he rarely misses an NP gathering of any kind, ever. Tommy Layman is still within his first year #NP_BOS membership but has already made his name known as he plasters the city with our shared story in an attempt to explain the power of what we’re building. Now it’s time to hear a little piece of his story, so without further ado, we give you… (intense pause) Tommy Layman!

This past Sunday, when 75 percent of the city of Boston was outside on a 50-degree day I decided to go for a run. You know, maybe do the garden-variety loop from Charlestown to the Mass. Ave. Bridge and back. Nothing major.

What the fuck? When did I get to the point where a normal run consisted of picking up and running a half marathon?

This is where all you crazy fuckers come in.

I started working out with NP (Boston) last July, confused as all hell as to why people were whispering and body surfing humans like Bono was playing at the Garden at the top of Summit Ave. My beginnings were rough. My second time at the Stadium I passed out. O.U.T. OUT! Like someone flipped the light-switch.

It was almost like a coming to Jesus moment (whatever that means) where I realized that this was not going to define my time at November Project. This whole “free fitness” thing is not gonna get the best of me. It’s not gonna discourage me. And now eight months later I’m just picking up and running a casual half marathon.

That’s the point. I hear it all the time from people that they don’t want to try NP because they are slow, or they don’t feel comfortable, or there is no way they would be able to keep up.

Sure you might not turn into one of the lead dogs out there, but you’ll get better. That 5-mile run you swore you couldn’t do. You will. Those sections you thought you’d never conquer. It will happen. Those people you thought were strangers. They will become friends.

So the next time I black out from miles 8 to 13, maybe I’ll see one of you crazy people pounding the pavement with that same “How did I get here?” look. It’s a damn good feeling.