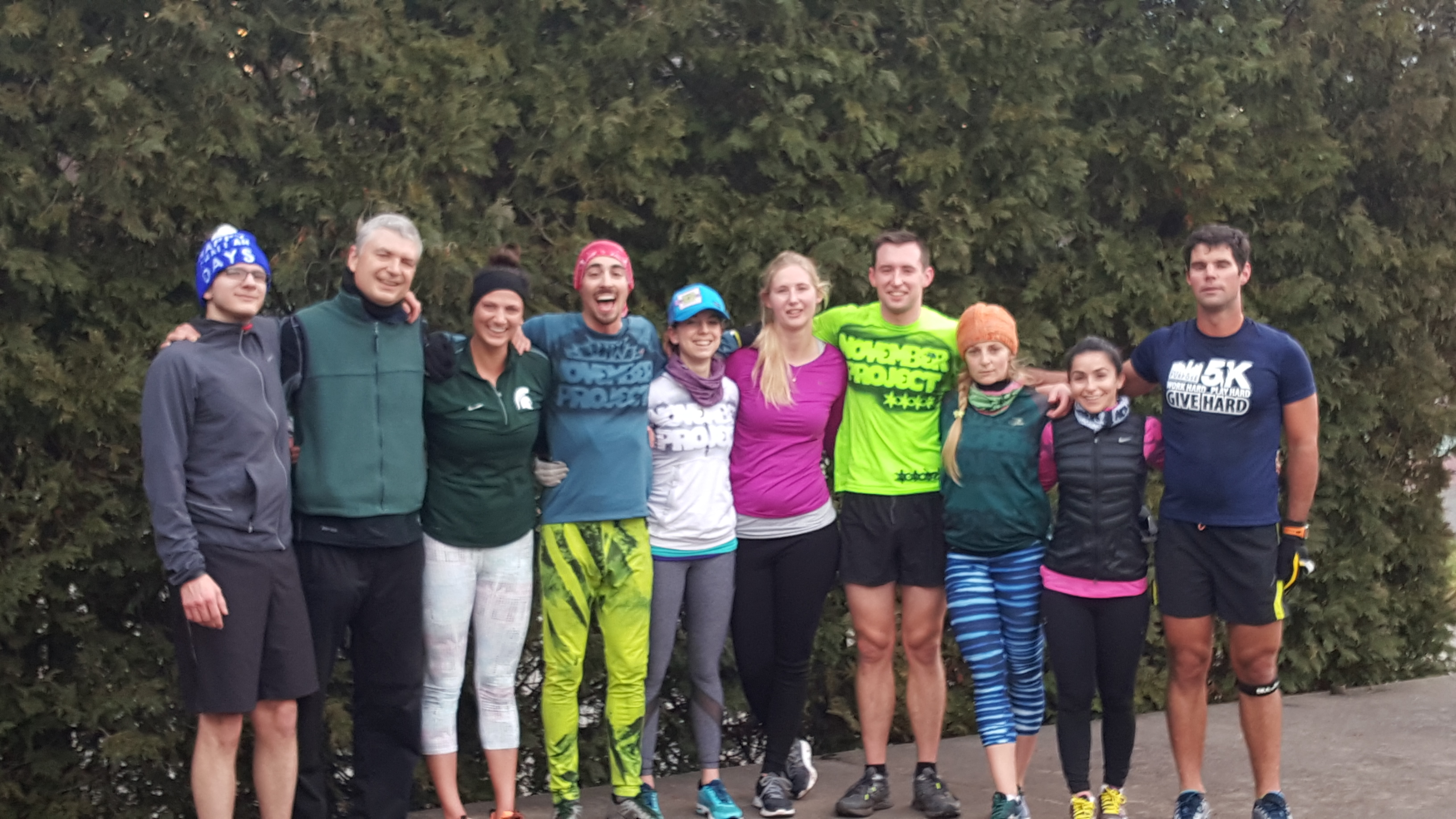 #CoachSteve from LAX here. I grew up in the fine state of Connecticut, which I promptly left as fast as physically possible for the dirty water of Boston followed by the eternal drought of Los Angeles. I, like many of you NP’ers out there, come back to the 5th state of the union for the holidays to be with family. You really expected us to go an entire week-plus without throwing down a workout? Pete Kruse of NPSF/NY/wherever he feels like being from at the time had some words to share about the badassery that was thrown down at Cheshire Town Park in Cheshire, CT this morning. This may not be the start of #NPCT, but it sure as shit was fun to get together with some friends, new and old, to sweat in the winter cold.

Take it away, Pete:

Today was a big day for my home state. Ya know, that place you drive through on your way from Boston to New York. No, not Rhode Island, the other one. I’m talking about Connecticut. Also known as the Constitution State…The Nutmeg State…The Identity Crisis State. Okay, okay the last one isn’t official but it probably should be.

The great state of Connecticut is about as in-tune with its identity as crossfitters are with free fitness. Are we New Englanders? Or are we an extension of New York? Hell, what do you even call us?? Connecticutians? F that. That’s a nickname and a half. Nutmeggers? What the hell? Nutmeg doesn’t even grow here! How about Cornhusker? We have lots of corn…yea, let’s go with Cornhusker. What!? Nebraska already has that?? Those jerks! I always knew Nebraska sucks and now I know why.

Man… I totally get why leaders blog. It felt great to get that off my chest.

Moving on. Today November Project came to Connecticut and with it came a very, very small semblance of unity to a divided state. And before you think it’s another sappy blog about why NP is awesome, it’s not. It’s more akin to an airing of the grievances. Like in Festivus from Seinfeld. Is it still Festivus? I am pretty sure Festivus is happening. Happy Festivus everyone!

If you are from Connecticut you inevitably have to side with Boston or New York City. This whole blog could be about that but I’ll keep it simple: it’s a shit show. There is no rhyme or reason to it and inevitably everyone takes it too far. For example, Brendan Scully, my homeboy (pun intended) from Chicago, grew up in the same town as me…went to the same high school…probably even trick or treated on the same street (i.e. I stole all his candy from ages 4-24). But yet we differ on Sox-Yanks…so really the only thing we have in common is we don’t know what a Mets is. @brendanscully64: if you’re reading this I just want to say that you’re a good guy and in some ways I respect your decision. But in more ways I think you suck and I’m not sorry at all for stealing your candy.

Today we did something in Connecticut which hasn’t been done since Gordie Howe was skating for the Whalers or Jim Calhoun was coaching the Huskies in the Big East. The ~10 of that showed up at Steve Selnick’s home town this morning rallied around November Project instead of drawing conclusions from pro teams that we don’t even play for. We didn’t even derive character traits based on cities we’ve probably never lived in. And that was damn refreshing.

Huge thanks to Steve Selnick and Brendan Scully for organizing today’s workout and to everyone who showed up this morning. It was a great start to a long day of flying for me (#NP_TSA; #SFNPNPNYCNPSF) so much obliged. Oh and on that note:

Do you want to see November Project in Connecticut for real? Read up and make it happen, baby – https://november-project.com/how-to-start-november-project/

One Reply to “Nutmeg Nomads”