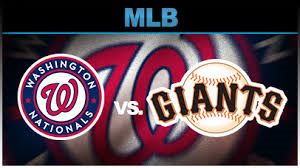 What a week it was. NPSF absolutely demolished our previous attendance record with 203 people waking up the sun in Alta Plaza Park. 203 people! Well excuse my French, but that’s a shitload of people making the most of their Wednesday morning, getting their #freefitness in and helping build this amazing November Project community. By the end of 2014, the #NP17 community are going to get at least 3014 people out on a Wednesday morning #3014in2014, and way to chip in with a huge number, San Francisco.

As a side project, our Boston leaders, Bojan and BG set NPSF the task of shit-talking the tribe across in Washington DC. Well conveniently enough, our boys, the SF Giants, shutout the Pirates with a crushing 8-0 win, thus setting up a tantalizing wiffle-ball series against the Washington Nationals. NP_DCA coleaders, Steve and Danny, started the trash-talking rally early this morning blowing up our Facebook and Twitter.

Well as you can see, NPSF gives exactly what it gets. The tribe are all proudly repping the SF colours as they go about their lives post-#hillsforbreakfast

With the first game of the series kicking off in a little over an hour, NPSF want to lay down a little wager against our friends in the Capital. This is a best of 5 series, so here’s the challenge:

On a different note, the tribe took on the monstrous Divisadero Street (0.4 mile, 270 ft) today. The tribe turned out in force and well and duly crushed those hills #RoadToMarin. As per usual, we finished after 30 minutes at one of our many scenic view points. And wow, this morning we experienced quite the view. Glad the San Francisco summer decided to show up!

Have a great weekend, tribe. You kids earned it! See you all Monday at Fort Mason @ 6.24am. And remember, NPSF founder and coleader, Laura McCloskey, is making her triumphant return from Europe next week. You don’t want to miss out on that!