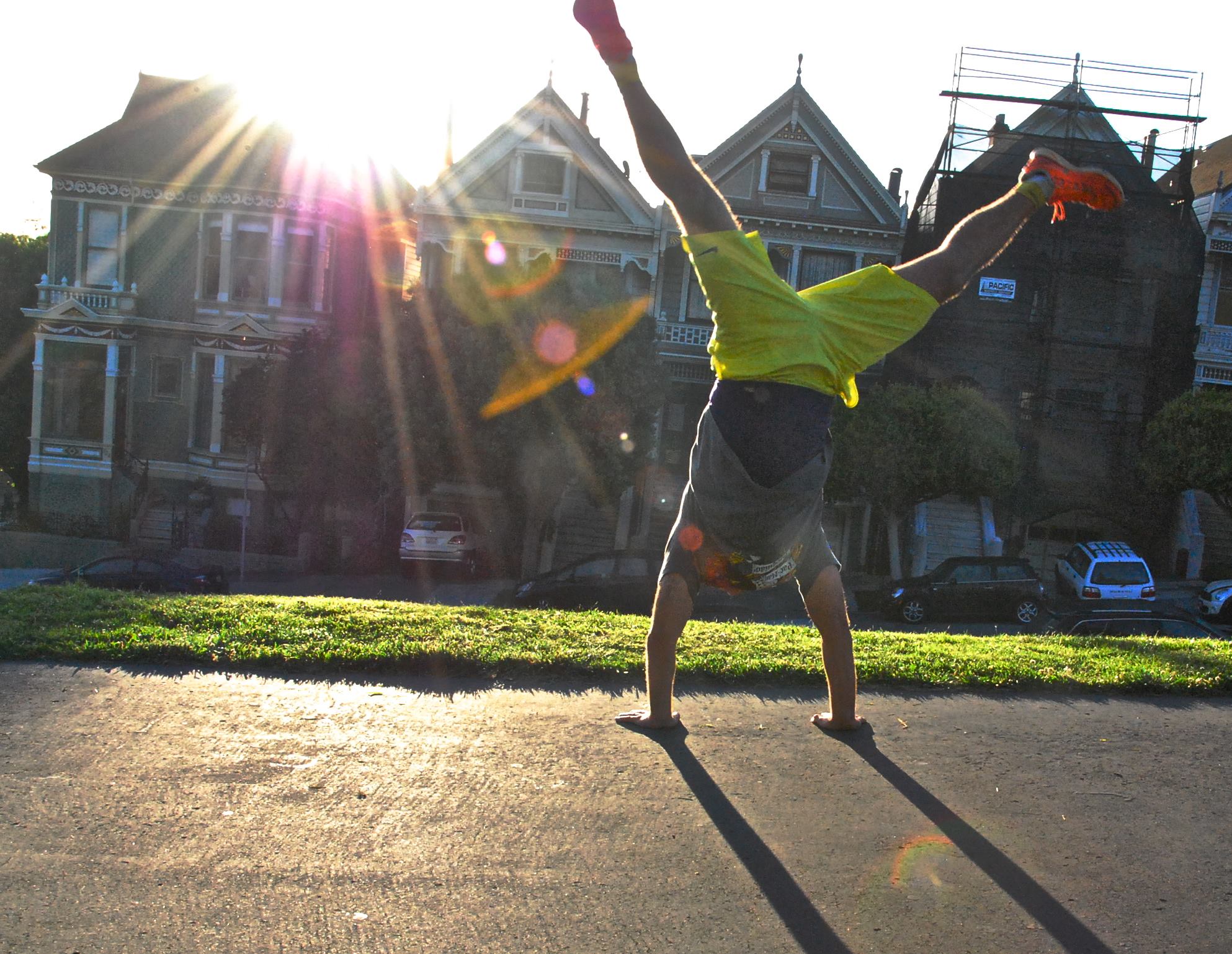 Today, we tackled our final PR Wednesday of 2014. In Arctic conditions, the Tribe toed the line, took on the steps, raced against each other and challenged their PR for one final time in 2014. Make sure you record your reps in our online tracker, so we can see how everyone fared.

So, now for the blog. 2014… what a year. What a year for the SF tribe. Here’s just a few of the many highlights from an unbelievable period for November Project San Francisco.

We kicked off 2014 with a New Year’s Day post-workout champagne-fueled Nick Buck dance party. Starting the year right! We even had a visit from Teddy Testosterone of Wisconsin fame.

We hit some record numbers at our workouts… from breaking 100 for the first time in January through to hitting 200 twice in the Autumn. All thanks to the Tribe’s brilliant recruiting!

Now we #StormTheFort every Monday with a Fort Mason workout, that week-in-week-out is body-crushing, yet captivating with the awe-inspiring views of some of San Francisco’s most famous landmarks.

Throughout the year, we have had great friends move to other cities and find their new November Project communities across the country (New York, Portland, Sydney to name a few). And we’ve welcomed many new tribe members from all across the country who now call NPSF their home tribe.

We’ve explored every corner of our city and even beyond. Think the Moraga Steps in the Outer Sunset, that long ass hill at Land’s End, the Sandsteps at Baker Beach. We even went to Oakland with Moose the Dog, and Marin with Dean Karnazes and his family.

We did some races. We’re not talking about showing up to make up the numbers though. All throughout the year, the Tribe turned out en force to 5k races, 10k races, half marathons, marathons and trail races across the Bat Area and beyond. We took over races with our vibrancy and colour, we broke our PRs on numerous occasions, we sweeped the podiums, we had one hell of a time!

Weren’t able to race that day? Then you were probably still there with some of the loudest, craziest, in your face, “who are those guys?”, most-supportive cheer squads that San Francisco has ever seen. The November Project Hill at Mile 10 of the Nike Women’s Half was definitely a tribe highlight of the year!

Our tribe made a titanic impact on this city. From Winter Olympics at Fort Mason to cheer sections at countless races. From organising Golden Gate Capture the Flag games to #BetterThanBedtime costume runs across the city, NPSFers made their presence known and let the city know that November Project is going to be one of the greatest communities in this city!

Whilst our founder, Laura McCloskey, swam the Atlantic and ran across Europe in her #GrassrootsGear, we somehow survived the manic paired leadership of long-legged JustClayton and the incomprehensible Irishman. Now that your three leaders are back in town, prepare yourselves for a crazy year of NPSF in 2015.

Here’s to a great year. Your coleaders look forward to having a blast with you lads in 2015. It’s going to be one hell of a ride. Don’t miss out. Just show up!